Having become a campus celebrity after a (fictional) cancer diagnosis, a young woman (Kacey Rohl) struggles to maintain her fabrication in this fearless and emotionally affecting new feature by Calvin Thomas and Yonah Lewis (Amy George, The Oxbow Cure, Spice It Up). 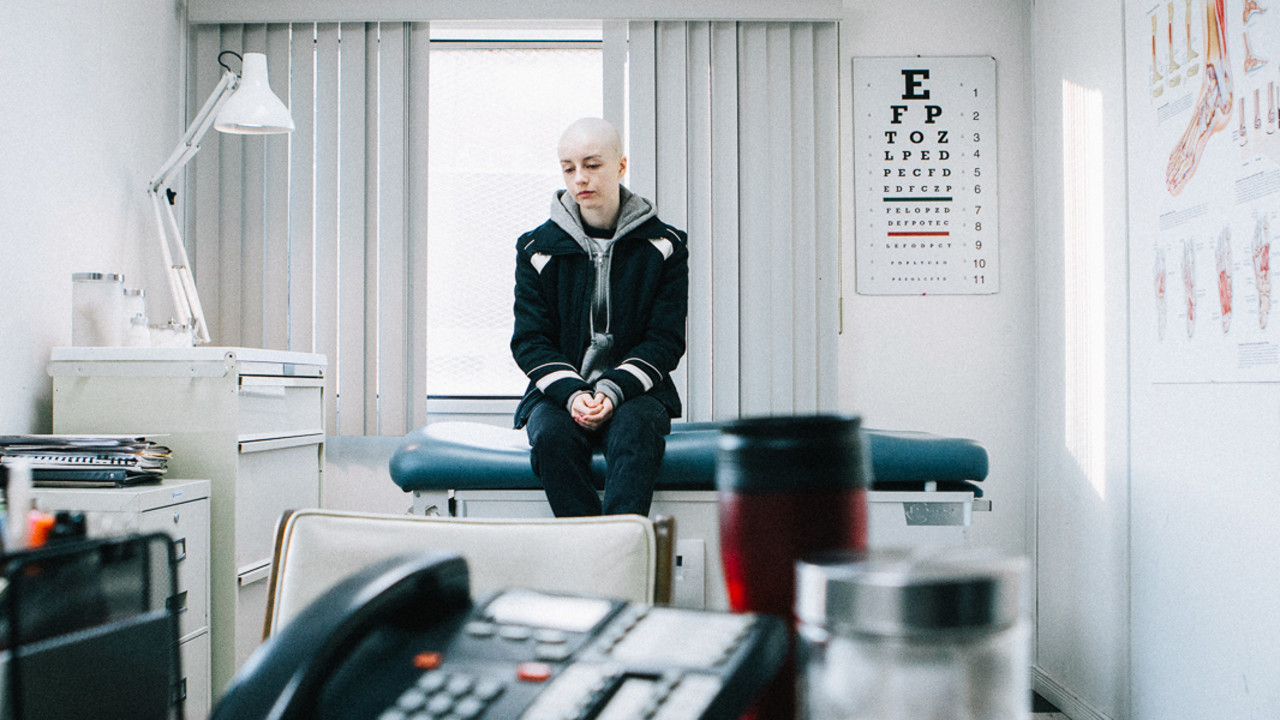 Directed with an assurance that suffuses every frame, the latest feature from Calvin Thomas and Yonah Lewis (Amy George, The Oxbow Cure, Spice It Up) centres on Katie (Kacey Rohl), a young woman who has become a literal poster child on her university campus: recently diagnosed with cancer, she's the focal point of an online funding campaign for both herself and other cancer-related causes. The only problem is, it's all built on a lie: Katie isn't sick, and never has been. And as her story slowly begins to unravel, she disastrously decides to double down, unable to give up the real-life fantasy world she's constructed for herself.

Rohl dominates the film with her stunning and superbly textured performance as Katie — who variously comes across as an average young woman, a scared, abandoned little girl, and a Machiavellian schemer — and she's supported by an amazing cast that includes Martin Donovan, Connor Jessup, Amber Anderson, Sharon Lewis, Christine Horne, and Dan Beirne.

While the film has much to say about social media's impact on contemporary culture — where compassion and hatred can both burst forth in tsunami-like waves, and where manipulation and falsehood have become the norm — its chief virtue is its insistence that we look at, and empathize with, a protagonist who does the unthinkable. It's a feat that one rarely sees attempted, let alone succeeded at — but that's only one of the reasons White Lie is one of the most fearless and emotionally affecting films you'll see this year.