Teresa (Bárbara Colen) comes home to her matriarchal village in a near-future Brazil to find that its citizens have been sold as prey to bloodthirsty foreign hunters, in Kleber Mendonça Filho and Juliano Dornelles' politically charged genre hybrid. 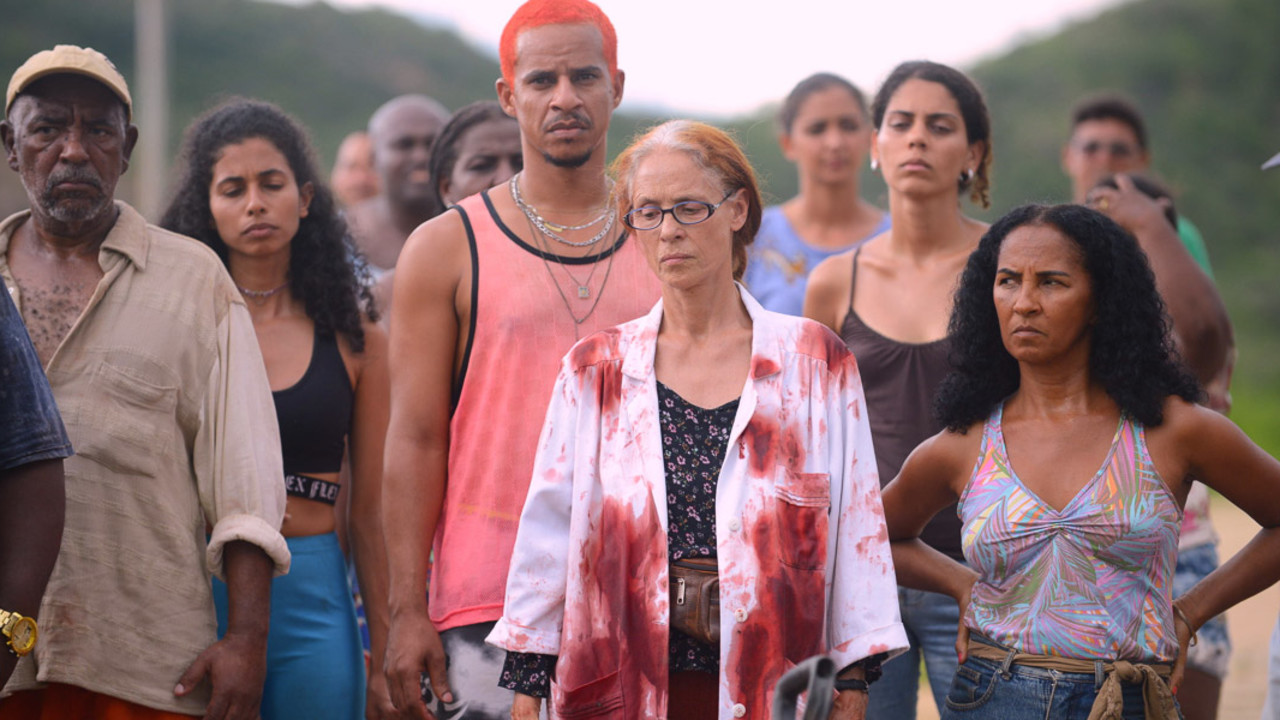 Set in the near future, the film follows Teresa (Bárbara Colen), who comes home to Bacurau, a village in Brazil's semi-arid sertão, to attend her mother's funeral. Upon her arrival, Teresa immediately observes signs that Bacurau is in dire straits. Basic amenities are in short supply, mobile-phone coverage is fading, and the truck that brings potable water arrives riddled with bullet holes.

It soon becomes apparent that the government has forsaken the village completely: not only has Bacurau been literally erased from the map, but its citizens have also been sold as prey for a safari of bloodthirsty foreign hunters (with their leader played by cult-cinema legend Udo Kier, also at the Festival in The Painted Bird and The Barefoot Emperor). As the killers close in, the villagers prepare a formidable organized resistance, with a locally sourced psychotropic drug as their secret weapon.

Bacurau brims with memorable performances from Colen and Sonia Braga — who played the same character at different ages in Aquarius — and of course from the inimitable Kier. With the expert lensing of cinematographer Pedro Sotero (Rojo, TIFF '18), Mendonça Filho and Dornelles deploy a battery of sudden zooms and horizontal wipes that recall spaghetti westerns, science-fiction, and siege movies. Bacurau is both an inspired genre hybrid and a gonzo parable about the long, dark, lingering shadows of colonialism.