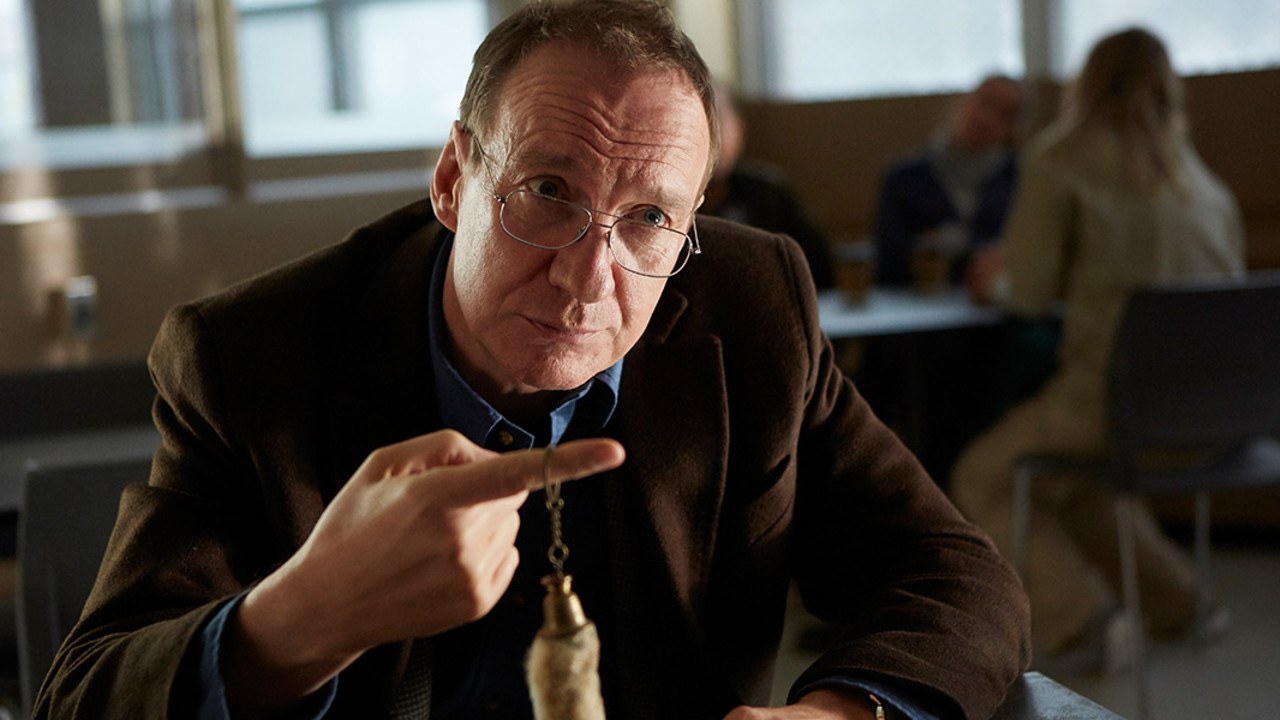 For many years, Atom Egoyan has been read (or misread) as a primarily cerebral filmmaker, when the fact is that all of his films are propelled by deeply felt emotional traumas, and his characters' corresponding inability to work through them. His new film, Guest of Honour — which is driven by a memorable and moving turn by David Thewlis — shares many significant tropes with his breakthrough early films, most notably a protagonist who, while professionally charged with protecting society, is undergoing personal turmoil that prevents him from fulfilling his duty.

Thewlis plays Jim, a health inspector whose daughter, Veronica (Laysla De Oliveira), has recently been convicted of a crime. Although Jim is certain that she isn't guilty, his efforts to reduce her sentence are hampered by her intransigent refusal to cooperate with him. Despairing, Jim lashes out through his work, pursuing neglectful restaurateurs with a vigour we first assume to be dedication, but soon realize is far more than professional zeal.

As often is the case with Egoyan's films, the pain is all too real, but the characters' attempts to deal with their suffering are forlorn, desperate, and sometimes comic — as is especially evident in a bravura scene towards the end of the film, in which Jim's frailties and neediness come to the fore at a private function. It's a signature Egoyan scene, one that is tied to one of his central themes: that when we ignore our own grief and deny our own transgressions, we only play ourselves for fools.