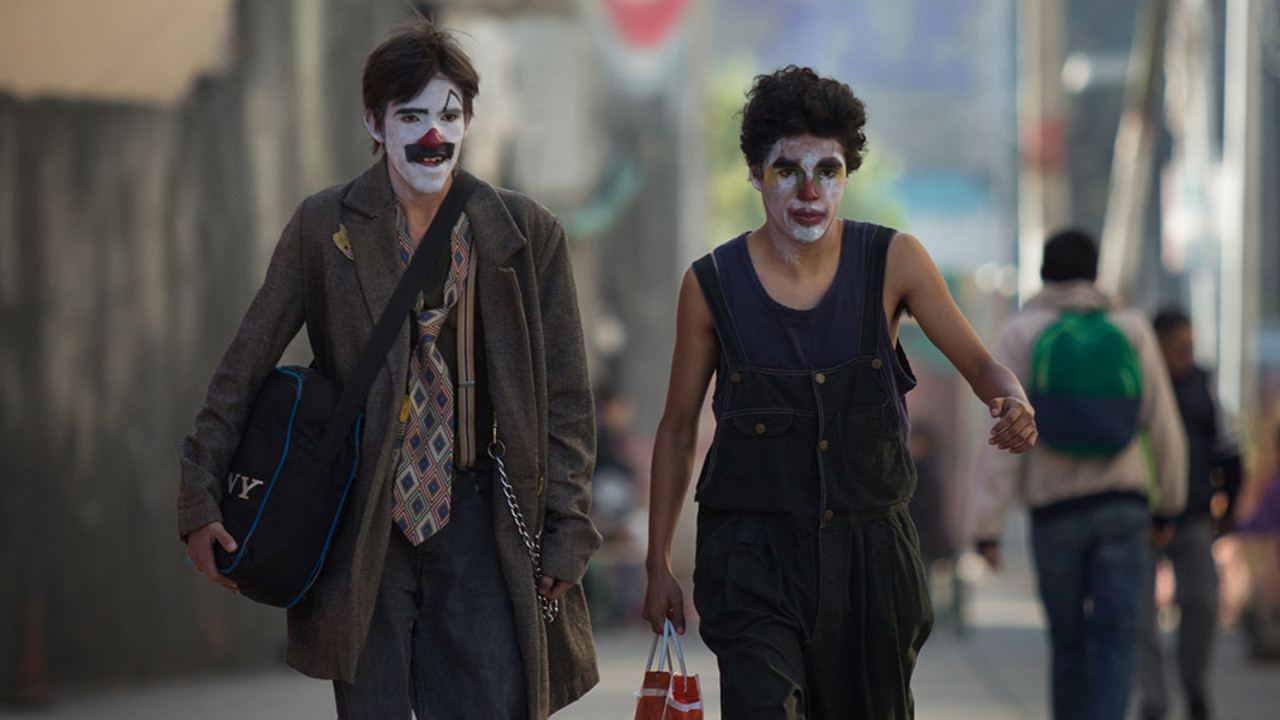 Gael García Bernal's second feature as director — since making his debut with TIFF '07 selection Déficit — is a rollicking story of working-class desperation. Turning to crime as a means of fleeing their Mexico City shantytown, the antiheroes of Chicuarotes bring a wildly entertaining mix of exuberance, invention, and audacity to their lawless pursuits.

Chicuarotes is a colloquial term for denizens of San Gregorio Atlapulco, a low-income neighbourhood still struggling to recover from the 2017 earthquake — and a place teenage friends Cagalera (Benny Emmanuel) and Moloteco (Gabriel Carbajal) will do anything to leave. The film opens to find the boys performing a clown act on a bus. When the pancake makeup and lazzi fail to yield rewards, they resort to demanding passengers' valuables by force, using a gun belonging to Cagalera's mother's abusive boyfriend.

Cagalera and Moloteco thereafter determine to seek bigger, riskier paydays, first by robbing a lingerie store — which results in a remarkable incident of police abusing their authority — and later by kidnapping the son of a butcher, a scheme that leads to their being sought by Chillamil (Daniel Giménez Cacho, also at the Festival with Devil Between the Legs), a ruthless enforcer-for-hire newly released from prison.

Chicuarotes offers García Bernal — also at the Festival in Ema and Wasp Network — an opportunity to examine characters akin to the one he so memorably embodied in his international breakout as an actor, Alejandro González Iñárritu's TIFF '00 title Amores Perros. Applying the same adventurousness and attention to detail to his directing, García Bernal boldly steers us through flights of ribald comedy and searing violence, while never losing sight of the socioeconomic undercurrents of Augusto Mendoza's smart, compassionate script.