In a future dystopia, prisoners housed in vertically stacked cells watch hungrily as food descends from above — feeding the upper tiers, but leaving those below ravenous and radicalized — in Galder Gaztelu-Urrutia's profound parable about the socio-political potency of genre cinema. 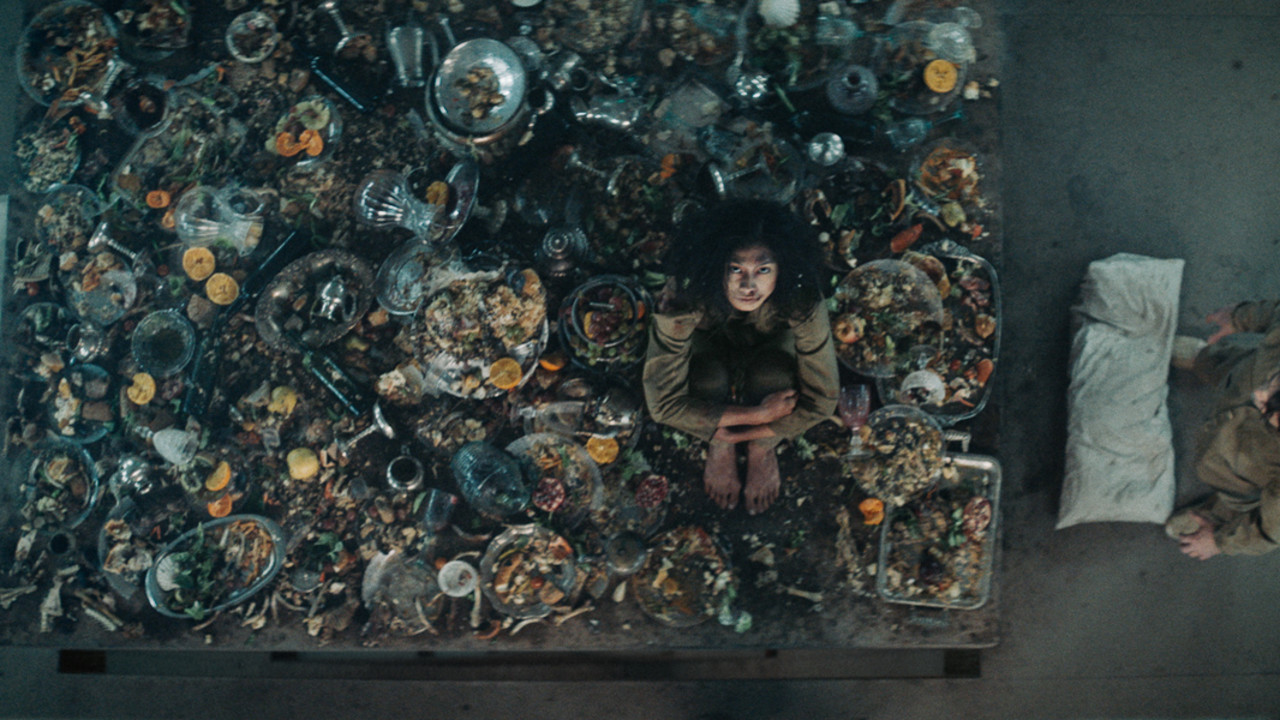 A citizen of a not-too-distant dystopia voluntarily incarcerates himself with the promise of increased social mobility upon release, but becomes so radicalized by his captivity that he will risk everything to ride a devilish dumbwaiter on a one-way ticket to protect a pannacotta.

To appreciate this trajectory, one needs to understand his prison: The Pit — a provocative permutation of a panopticon whereby hundreds of cells are vertically stacked, and hollowed out through the middle. Each day, a platform adorned with a decadent feast descends through the tower from its summit. It stops on each level for a few minutes, keeping those near the top well-fed, and those at the lower levels fighting for leftovers… if any remain. As further nightmarish nuances to the nature of this imprisonment emerge, The Platform steadily reveals itself as one of the most striking contributions to cinema's pantheon of science-fiction penitentiaries and a profound parable, demonstrative of the socio-political potency of genre cinema.

Modestly realized with brilliant production design that recalls the comic-book brutalism of Stuart Gordon's Fortress and the ingenious minimalism of Vincenzo Natali's Cube, the parameters of screenwriters David Desola and Pedro Rivero's unique conceit are skilfully introduced with an arresting methodical momentum and satirical verve. Each inmate is vivid in personality and politics, but director Galder Gaztelu-Urruita's precise style and exquisite wit circumvent an overly didactic tenor. Impressively suturing the audience's perspective to Iván Massagué's soulful, understated performance, Gaztelu-Urruita and company season this allegory with the wickedest synthesis of horror, action, and speculative fiction since Bong Joon-ho's Snowpiercer. Bon appétit.