In this high-concept comedy from Nicolas Bedos (Mr. & Mrs. Adelman), a luddite cartoonist suffering an existential crisis hires a VR company to recreate a happier time in his marriage, as he tries to reconcile the golden-hued past with an inescapable digital present. 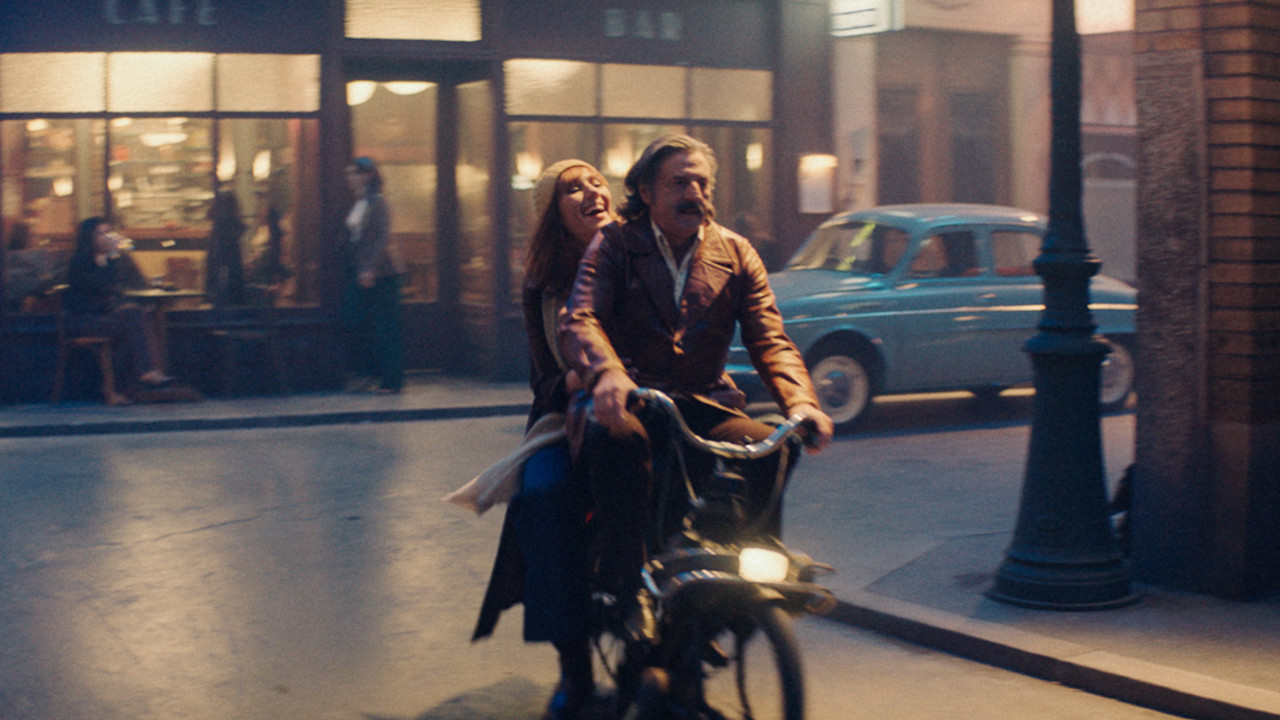 Victor (Auteuil) is a sexagenarian cartoonist whose long-time publisher has eliminated their print edition and, with it, his gig. No fan of AI or VR, Victor likes turning pages, touching flesh, and seeing what's actually before him. Alas, what's before him is a resentful wife, Marianne (Ardant), who can no longer stand him. "I think you've been alive too long," Marianne confesses during one of her rages.

Longing to escape the present, Victor opts to return to the past — or a simulacrum of it. Enter Time Travellers, a service that immerses clients in a painstaking reenactment of whatever historical moment its actors, designers, and builders can conjure. Victor hires Time Travellers to return him to May 16, 1974, the day he first met Marianne in a Lyon café. He finds himself beguiled by every detail, from the vintage editions of Libération to the punchy plastic egg holders to Margo (Doria Tillier), the actress he accepts as the Marianne he fell for 45 years ago. It feels like a beautiful dream. But what happens when it's time to wake up?

Recalling the films of Charlie Kaufman — not to mention TIFF '18's Non-Fiction, which also starred Canet — La Belle Époque invites us to peer into the past, consider how it made us who we are, and to muse on who we might still aspire to be.