In the twilight of the 1950s, two youths seek the source of a mysterious frequency that has descended upon a town in New Mexico, in Andrew Patterson's pitch-perfect sci-fi thriller. 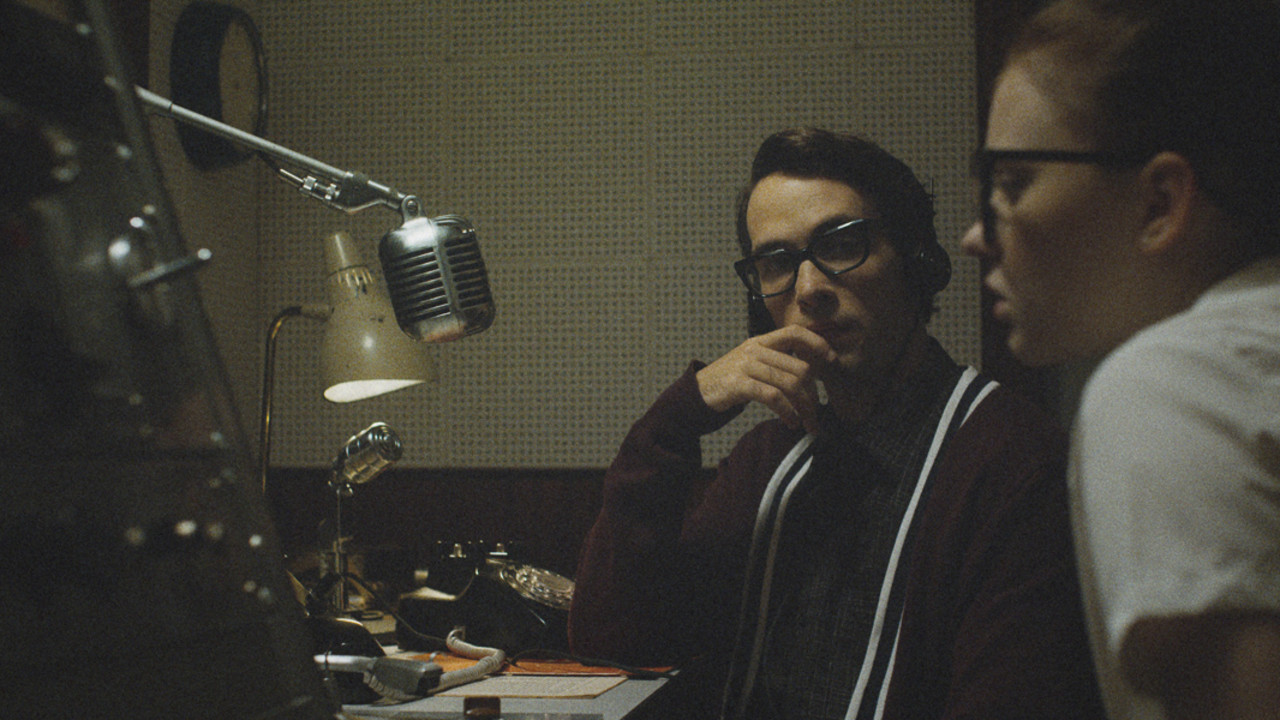 The Vast of Night

A mysterious frequency descends on a small New Mexico town in the twilight of the 1950s, forever changing the lives of two youths as they investigate and encounter its origin. Spanning a single night, director Andrew Patterson's transfixing debut barrels its characters through a tribute to the starry-eyed speculations of Rod Serling, as Patterson and his compatriots meticulously render a bygone era. It's one that eschews empty nostalgia through judicious shading of history's insidious margins, and which infectiously captures the wonder of technology, as well as the unsettling risks that come with peering into the unknown.

Intermittently framed within the hazy black-and-white scan lines of a television broadcast, Patterson's scope frequently widens to a vivid roaming gaze that fluidly connects its plucky protagonists through a series of increasingly gobsmacking long takes. In other scenes, the camera settles with intense concentration on a single subject, achieving taut suspense through subtle penetrative zooms and the beguiling rat-tat-tat chatter of Sierra McCormick and Jake Horowitz's breakout performances. At his most audacious, Patterson eerily fades to black for minutes at a time, inviting the audience to lean into the darkness and hang onto every word of the disturbing conspiracy that James Montague and Craig W. Sanger's evocative screenplay weaves.

Deserved recipient of enthusiastic accolades since its award-winning bow at the Slamdance Film Festival earlier this year, The Vast of Night is a sublime slice of sci-fi that heralds both a brave new world and a bold new voice with a bright future.