A stern, particular violin teacher (Nina Hoss) becomes fixated on the success of one of her pupils at the expense of her family life, in this subtle, forceful, and meticulously arranged visual concerto from acclaimed German actor Ina Weisse. 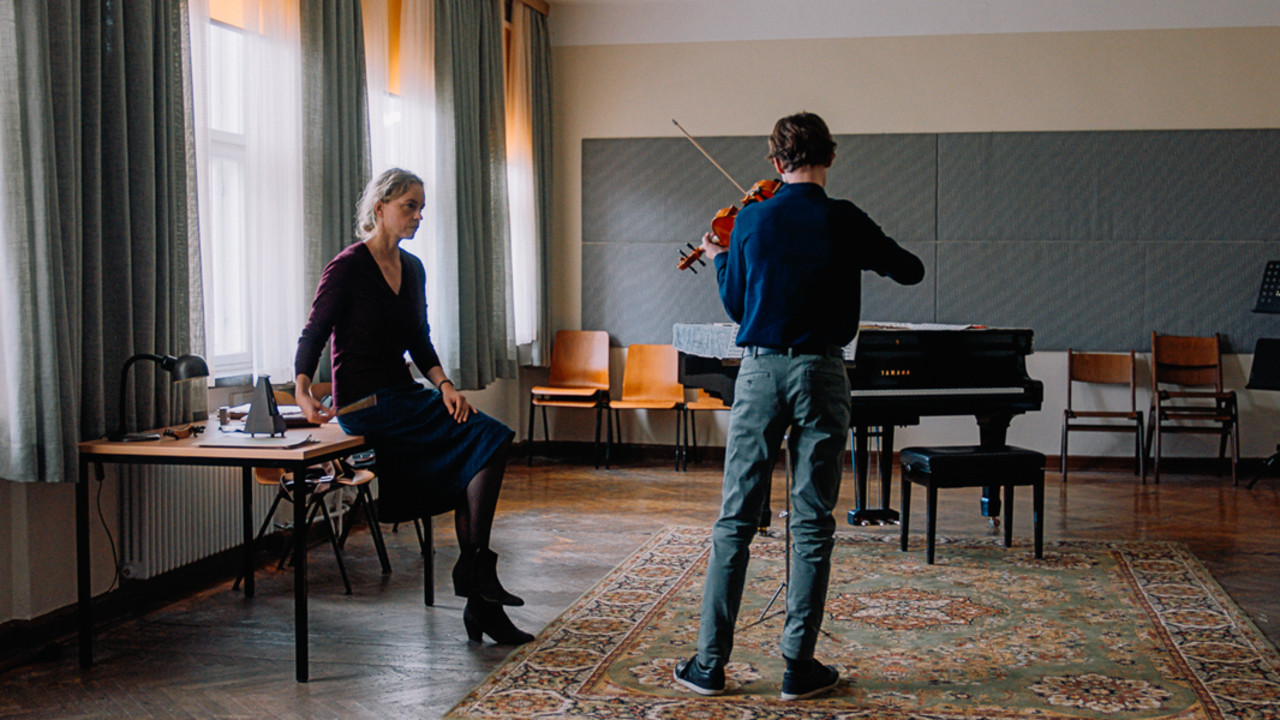 Anna (Nina Hoss, also at the Festival in Pelican Blood) is a stern, particular violin teacher at a high school for musicians in Berlin. Her relationship with Philippe (Simon Abkarian), her charming, violinmaking French husband, with whom she has a 10-year-old son Jonas (Serafin Mishiev), is in slow decline. At the school's annual entrance exam, and despite the opposition of the other teachers, Anna promotes the admission of Alexander (Ilja Monti), a boy in whom she detects a remarkable talent.

Anna is convinced that greatness comes from struggle and nothing is ever good enough—something she herself was taught at a young age. Working with great dedication, she is determined to cultivate excellence in her pupil for an upcoming audition, and begins devoting more time to her job — as well as to extramarital interests. This shift away from her family does not go unnoticed by Philippe and Jonas, and a rivalry for Anna's affection emerges, with a shocking resolution.

This is the second script from director Ina Weisse in collaboration with Daphné Charizani, following The Architect (2008), and the second fiction feature for Weisse. Here, Weisse draws on Hoss' raw talent, resulting in a subtle, forceful, and meticulously arranged visual concerto — combining psychology and circumstance, and finding its rhythms as it modulates among crescendos, cacophonies, and silences. The Audition is a study of the relationships we inhabit, and our inability to accept each other for who we are, as opposed to who we could be.