The 2018 Armenian revolution fuels Garin Hovannisian's gripping documentary about a modern-day political power struggle and the citizen activists who refused to accept it. 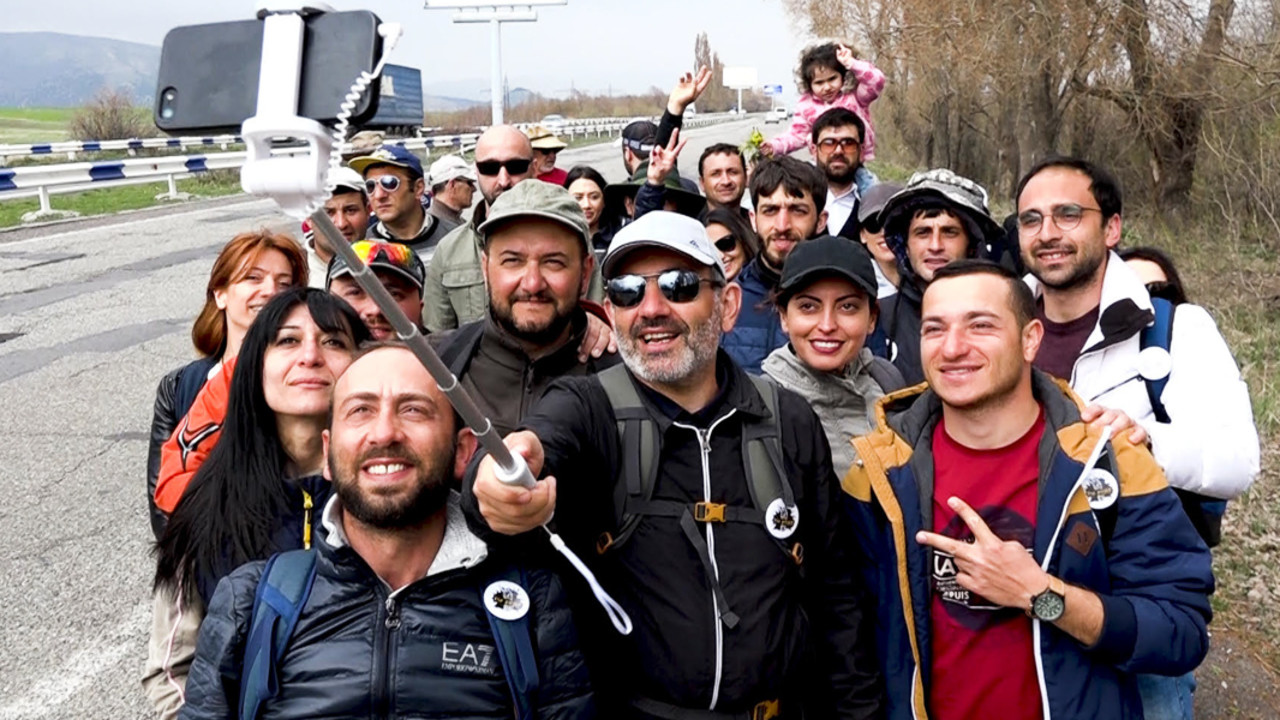 I Am Not Alone

This galvanizing chronicle of the 2018 Armenian revolution combines gripping front-line reportage with new interviews that describe incidents the cameras could not capture. Hugely informative, briskly paced, and offering a laudable balance of perspectives, I Am Not Alone is a feat of nonfiction storytelling and a must-see for anyone eager to make sense of recent history.

In March of last year, after changing the constitution to bestow new powers upon the Prime Minister, the Republican Party declared that it would allow Serzh Sargsyan to continue his dominion over the Republic of Armenia as PM, despite having already served his maximum two terms as President. Nikol Pashinyan, Member of Parliament and head of the Civil Contract Party — and also a former journalist who had already served a year in prison for inciting public disorder in rallying people against Sargsyan's rule — wasted no time in responding to the news. He led a two-week march from Gyumri to Yerevan's Liberty Square. It would prove to be but the first in a series of daring demonstrations of resistance, including the storming of the national broadcaster and numerous clashes between demonstrators and police.

Helmed by Garin Hovannisian (codirector of 1915, which re-examines the Armenian genocide), I Am Not Alone extracts fascinating commentaries from an array of individuals on both sides, including Pashinyan and, most surprisingly, Sargsyan. Defying one interview subject's characterization of Armenians as a people "who had forgotten how to dream," the film ably demonstrates that fundamental change brought about by the people can be made manifest.