Haunted by dreams of an ancestral Okoroshi masquerade, a disillusioned security guard wakes up one morning to find himself transformed into a mute, purple spirit, in Abba Makama’s surrealist romp through the sprawling city of Lagos. 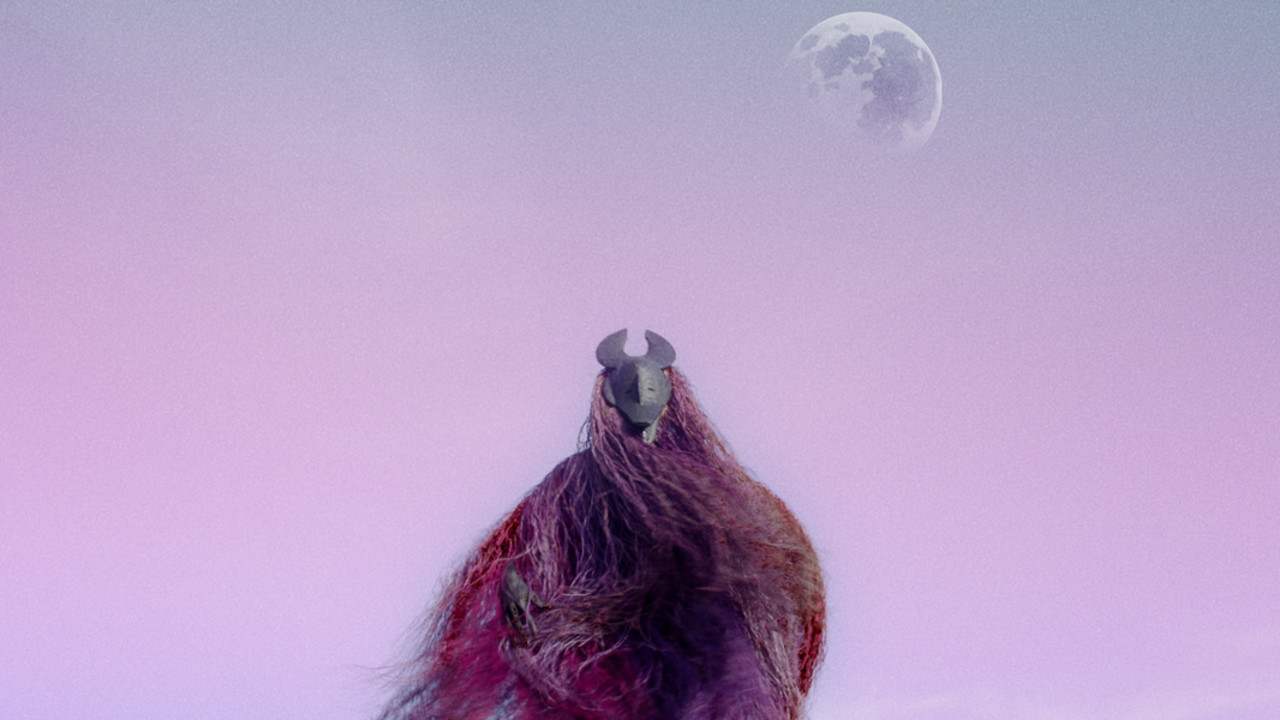 After winning over TIFF audiences with his genre-bending (and Netfl ix-selling) debut Green White Green in 2016, Abba Makama returns with his sophomore feature, The Lost Okoroshi. Green White Green playfully explored what Nigerian identity — and cinema — means in this modern age. Here Makama develops these questions further, extending them to modernity and masculinity, all with his distinct vision.

The Lost Okoroshi follows Raymond (Seun Ajayi), a security guard (and something of a layabout) whose main preoccupations are checking out women and figuring out how to escape the bustle of Lagos in favour of the more relaxed countryside. Despite, or maybe because of, his seeming averageness, he's beset by surreal dreams (which Makama plunges us into with fervour) where he's haunted by a traditional Okoroshi masquerade (ancestral spirit).

One morning, our protagonist wakes up to discover he's been transformed into a purple spirit. Having lost his voice, he must navigate Lagos in this new form. His journey takes him across social milieux, to the club, and even into the world of a secret society bent on claiming the masquerade as their own.

Makama once again plays with different influences, from Nollywood to North American music videos, and the result is a campy, visually eclectic fi lm unlike any being produced by his contemporaries. But style never trumps substance, as beneath the formal play, Makama is probing pressing questions that, when the laughter subsides, aren't easily answered.