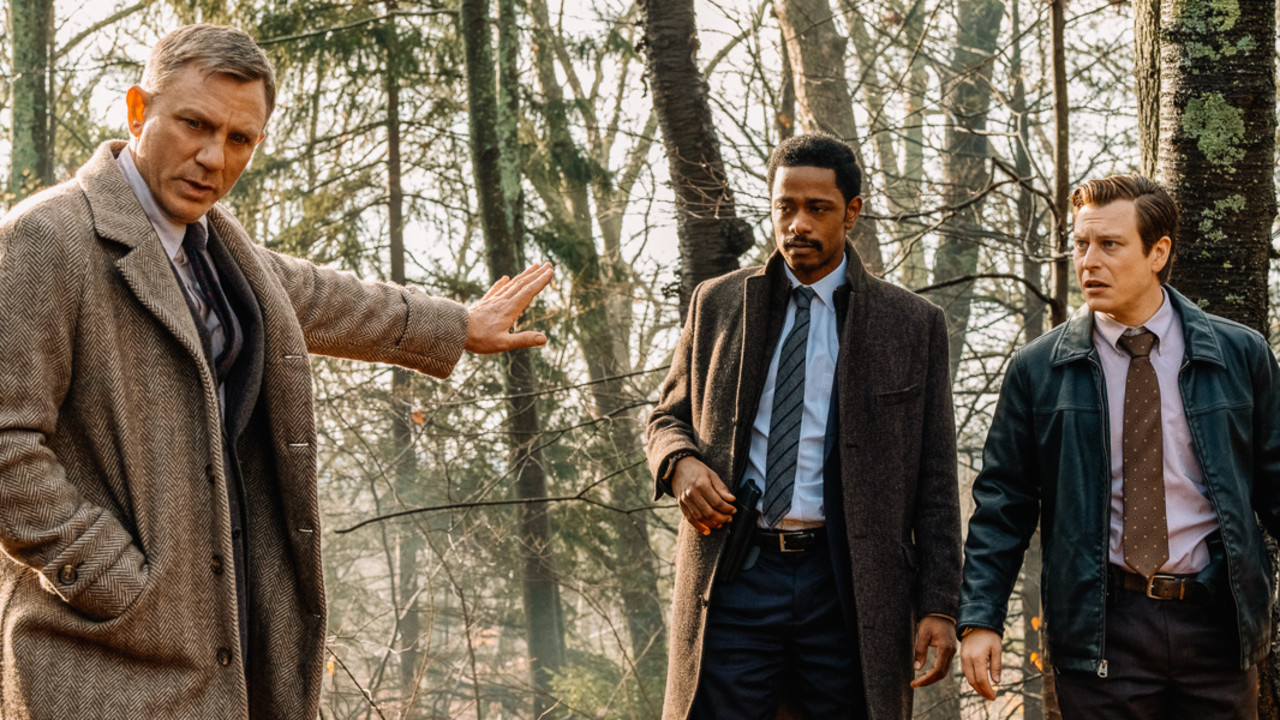 On the morning after his 85th birthday party, wealthy crime novelist Harlan Thrombrey is found dead on his estate. Famed Southern detective Benoit Blanc (Daniel Craig) is enlisted on the case and suspects foul play. Everyone is a suspect and, as the reading of the will draws closer and the investigation heats up, Harlan's money-grubbing family begins to be revealed as far more conniving and competitive than they first appear. When Marta (Ana de Armas), Thrombrey's South American caregiver, finds herself entangled in the mystery, it becomes clear that no secrets are safe within the household — not even her own.

A two-time TIFF alum, director Rian Johnson (The Brothers Bloom, Looper) returns with a propulsive mystery, mixing elements of Alfred Hitchcock and Agatha Christie. Exercising his sharp-witted ear for dialogue, Johnson is in top form as a writer here, serving up hilarious and eloquent material for an impeccable cast that includes Chris Evans, Jamie Lee Curtis, Michael Shannon, Toni Collette, LaKeith Stanfield (also at the Festival in Uncut Gems), and Christopher Plummer — just to name a few. A master in blending genres, and with a keen eye for detail, Johnson employs unexpected cinematic tropes to keep the audience on their toes as the story weasels its way through twists and turns to a shocking conclusion. Irreverent, intelligent, and, most importantly, pure fun from beginning to end, Knives Out is a modern popcorn whodunit of the highest order.