As the Internet finally arrives in tiny Bhutan, documentarian Thomas Balmès is there to witness its transformative impact on a young Buddhist monk whose initial trepidation gives way to profound engagement with the technology. 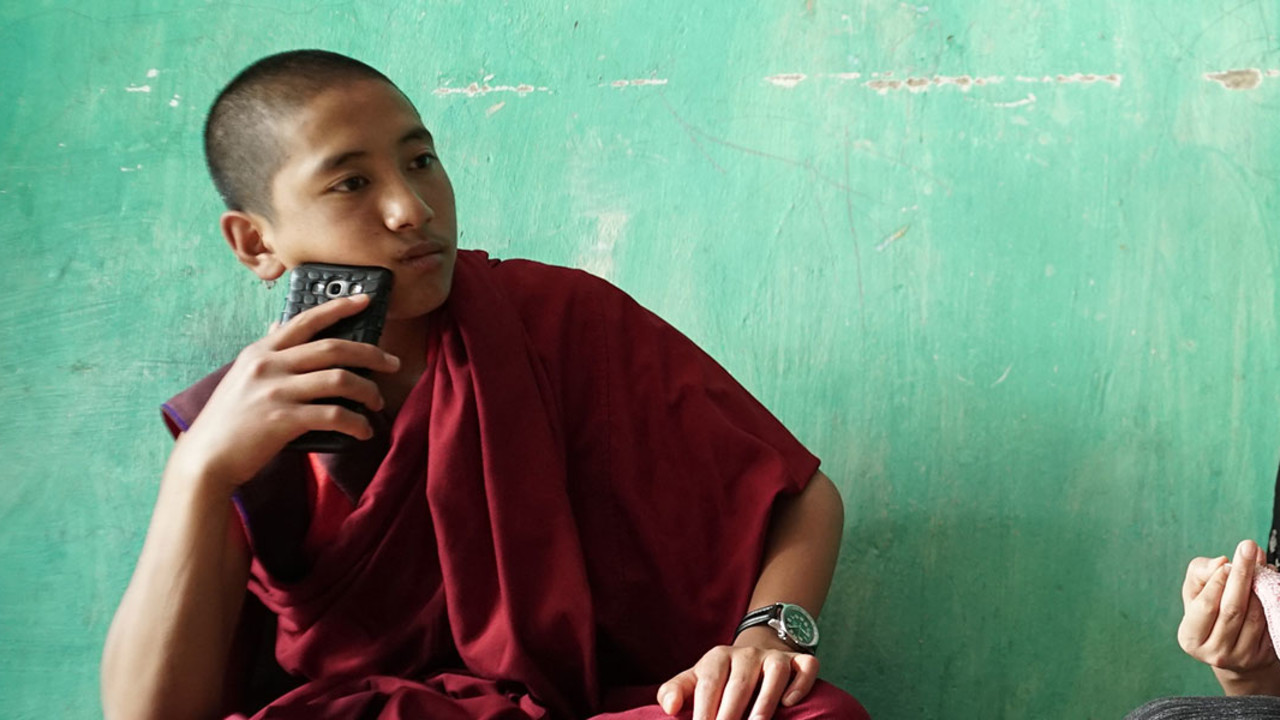 Sing Me A Song

Ten years ago, director Thomas Balmès was filming in the small country of Bhutan, nestled between India and China, before the mass onset of the internet. He focused on a seven-year-old Buddhist named Peyangki who lived in a monastery set against a stunning mountainous backdrop. Peyangki confides to the camera his hopes and fears about the arrival of electricity.

That is the opening of Sing Me A Song which then skips to the present. Peyangki is an 17-year-old monk, still at the monastery, but now awaking to the alarm of the smartphone that is his constant tool for every minute of the day, even during prayers.

The film follows Peyangki in his rural monastery as he forms, via WeChat, a virtual relationship with a barroom singer named Ugyen who lives in the capital, Thimphu. She sings him love songs while he saves money from collecting medicinal mushrooms to go visit her. We watch their long-distance relationship evolve from both sides. As with all internet dating, there are obfuscations and false projections about the future.

Balmès is a master of observation as he demonstrated in his longitudinal study Babies, which chronicled the development of infants in different parts of the world. With beautiful cinematography, he marshalls nuance, humour, and humanity. To witness the effects of technology in a country that kept it at bay for so long gives us a fresh lens to reflect on what it means to our own lives.