Director Feras Fayyad (Last Men in Aleppo) returns to his native, wartorn Syria to follow a dedicated team of female doctors who tirelessly treat casualties in an underground hospital while battling systemic sexism. 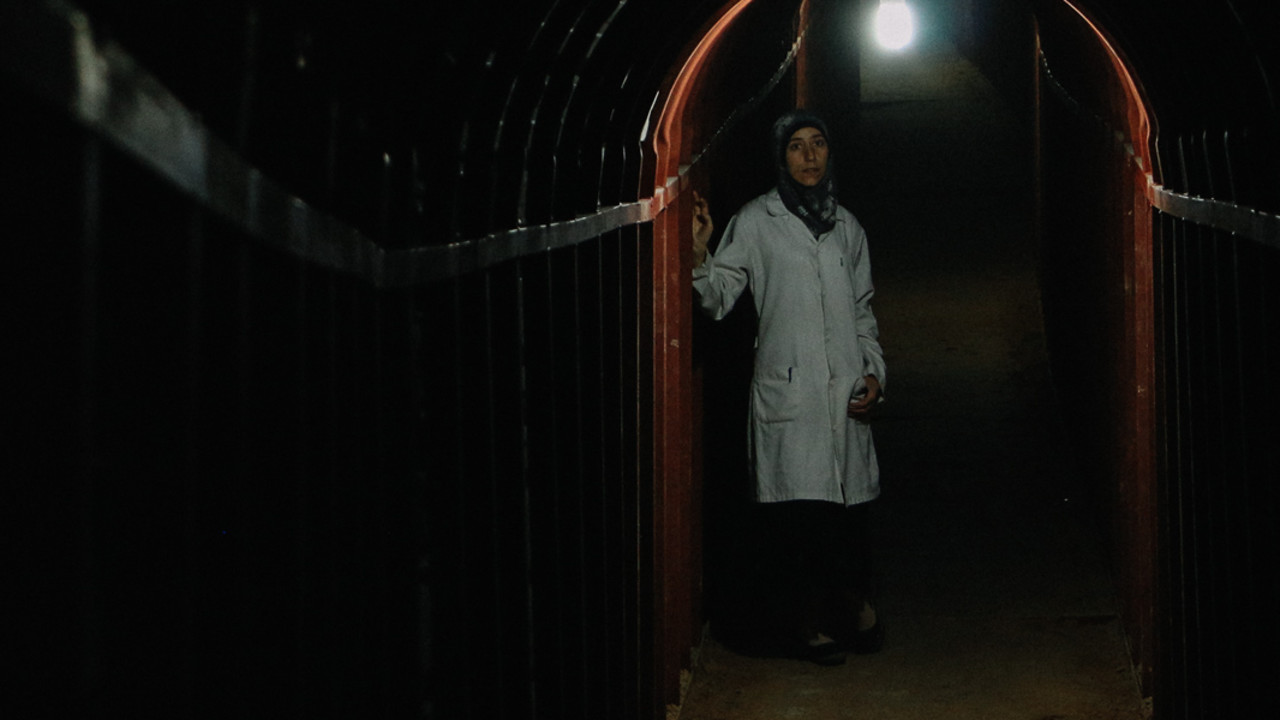 Shot from 2016 to 2018, The Cave belongs to the top rank of war films. Syrian director Feras Fayyad (Oscar-nominated for Last Men in Aleppo) takes us to a subterranean landscape that feels akin to the post-apocalyptic world of Mad Max. With life too dangerous above ground, survivors create a network of secret tunnels under the city of Ghouta, near Damascus, for an underground hospital maintained by women doctors.

In contrast to the many Syrian documentaries made from cellphone footage or shaky cameras, Fayyad takes great care to visualize the landscape and its memorable occupants with artful cinematography. For anyone who feels jaded by Syria coverage, this work stands apart. The heart of the film is Dr. Amani, a young Syrian woman operating in unimaginable conditions with great humour and fortitude. When not tending to patients — many of whom are small children — she's forced to justify her work to chauvinistic men who insist that a woman should be at home fulfilling domestic duties, not running a hospital. The claustrophobia of Amani's workplace is mitigated by the high spirits of her crew, while occasional forays above ground temper relief from close quarters with harrowing scenes of a city reduced to rubble.

Fayyad's intimate portraits of the brave, tenacious hospital staff emphasize the camaraderie that buoys morale when circumstances are at their worst. There are many scenes in The Cave that can break your heart, yet the film leaves us, above all, with a powerful sense of the profound resilience, dedication, and love that endures in the midst of staggering hardship.