The conscience of a pious Austrian farmer is severely tested as war blankets Europe and Nazi ideology spreads, in this enveloping, spiritual epic from master Terrence Malick (The Tree of Life). 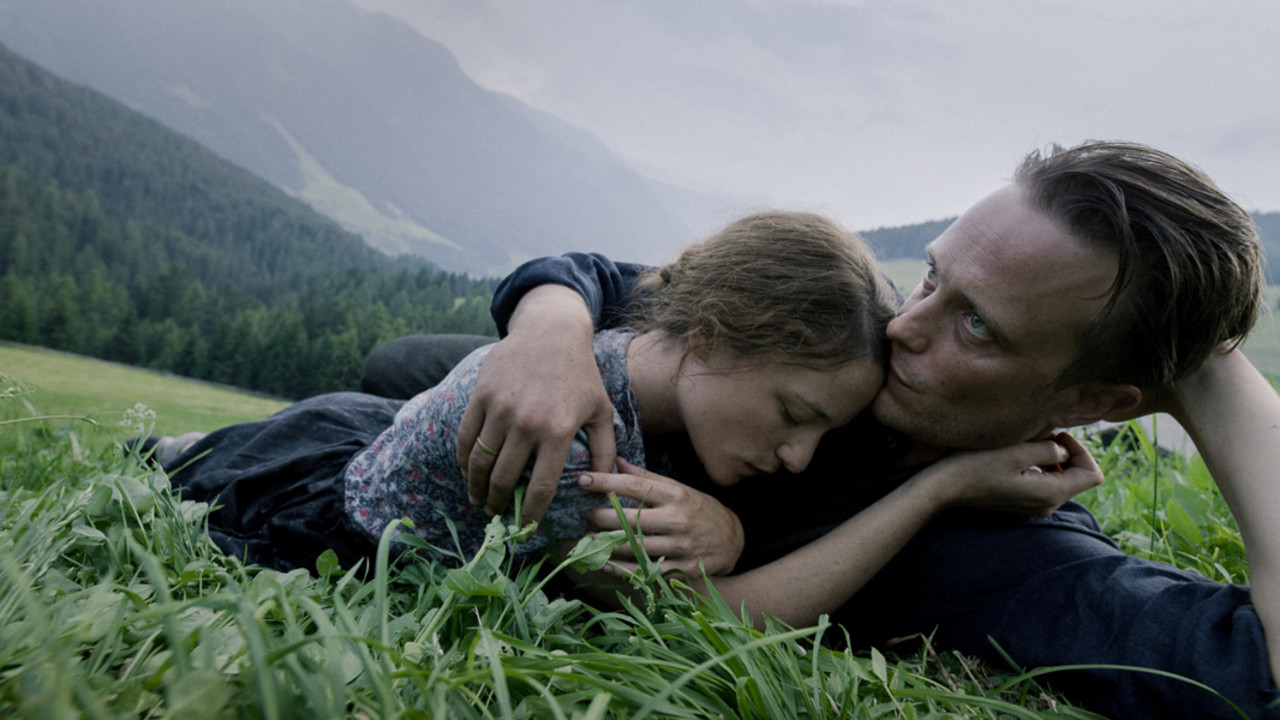 A searing exploration of the consequences of upholding one's convictions in a time of terrifying upheaval, this latest work from Terrence Malick (The Tree of Life) mines the themes of spirituality and engagement with the natural world that have permeated so much of the American auteur's late-period renaissance. Set in Austria during the rise of the Third Reich, A Hidden Life relays a little-known true story of quiet heroism.

A hardworking farmer, pious Christian, and devoted husband and father, Franz Jägerstätter (August Diehl) is a respected member of his alpine village, St. Radegund. Franz's Edenic existence begins to wither, however, as war breaks out across Europe, Nazi ideology spreads, and both the church and St. Radegund's mayor start spouting antisemitic dogma. Franz undergoes military training but refuses to swear allegiance to Hitler. When called up for conscription, he becomes a conscientious objector — a decision that will test the limits of his beliefs.

Echoing forebears from Dreyer to Tarkovsky, Malick builds upon his formal particularities — the ever-roaming, low-lying, wide-angle camera; the unnervingly intimate voices — as a means to apprehend a soul-searching tenor rare to cinema of any age or provenance, while the resonance of his existential queries rests firmly in the hands of his cast. Among the luminaries inhabiting memorable roles in A Hidden Life are the late maestros Michael Nyqvist and Bruno Ganz, both giving what would prove to be one of their final performances. But it is Diehl who ushers us through this journey of despair and devotion, convincing us that Franz is guided by a moral vision that no earthly evil can corrupt.