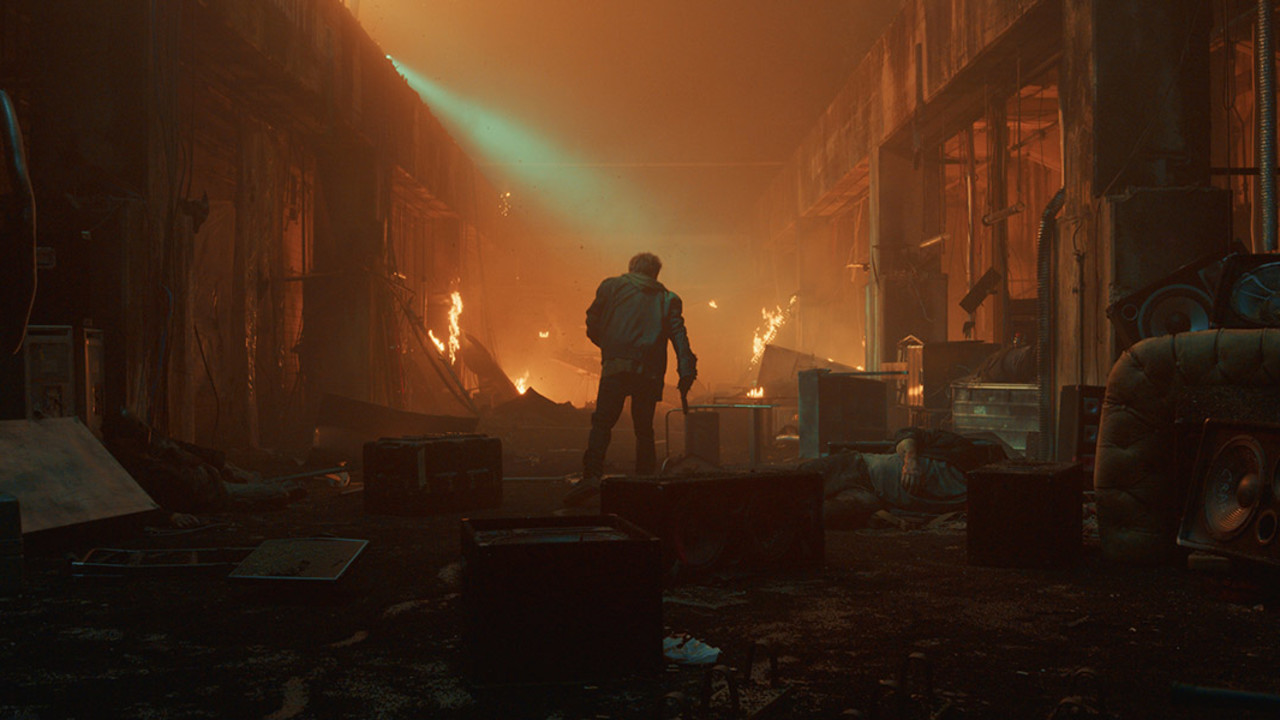 At a time when millions of people around the world are streaming e-sports content every day, it's not hard to imagine a possible future with the blood-sport insanity of Jason Lei Howden's Guns Akimbo. Videogame developer Miles (Daniel Radcliffe) is a little too fond of stirring things up on the internet with his caustic, prodding, and antagonizing comments. One night, he makes the mistake of drunkenly dropping an inflammatory barb on a broadcast of Skizm, an illegal death-match fight club streamed live to the public. In response, Riktor (Ned Dennehy), the maniacal mastermind behind the channel, decides to force Miles' hand (or hands, as it were) and have him join the "fun." Miles wakes to find heavy pistols bolted into his bones, and learns Nix (Samara Weaving), the trigger-happy star of Skizm, is his first opponent. She's at his front door.

Gleefully echoing elements of Edgar Wright's Scott Pilgrim vs. the World, the Purge franchise, and videogames like Smash TV and Mortal Kombat, Guns Akimbo is hilariously dark, viciously violent, and potentially — chillingly — prescient. Howden foretells of a future that may soon await us: drone-captured live feeds, UFC-like competitions pushed to an extreme, and online streaming platforms used for gladiatorial entertainment all around the world. As Miles navigates the underworld of Skizm, the stakes — and the ratings — have never been higher.