Shot on 35mm black-and-white film, this psychological thriller from Robert Eggers (The Witch) follows the slow descent into madness of two lighthouse keepers (Willem Dafoe and Robert Pattinson) on a remote New England island at the turn of the 19th century. 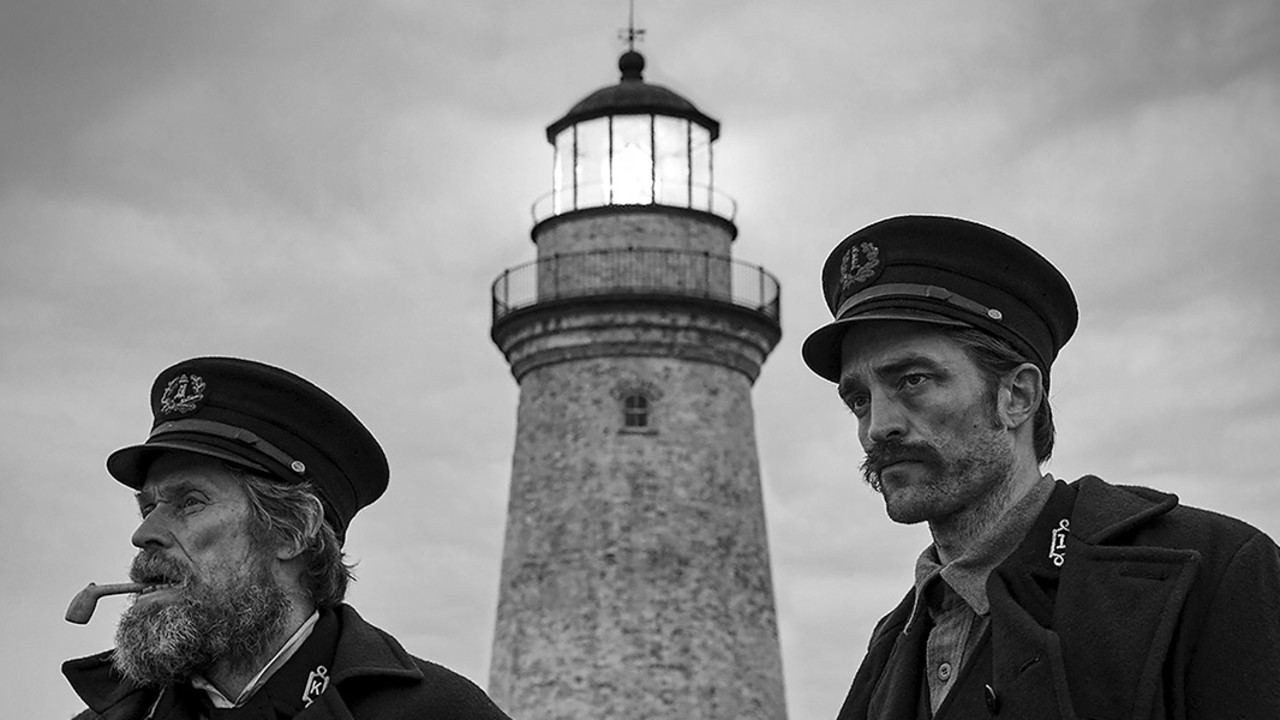 After having spooked audiences into a delicious frenzy with his much-lauded feature debut The Witch (TIFF '15), director Robert Eggers returns to the Festival with this chillingly intimate tale of two men sequestered on a tiny — and perhaps enchanted — Atlantic isle.

Charged with tending to a lighthouse for a four-week term, the taciturn Ephraim Winslow (Robert Pattinson) spends his days toiling away with backbreaking upkeep, while during the nights it is only his elder cohort Thomas Wake (Willem Dafoe, also at the Festival in Motherless Brooklyn) who is allowed to keep the beacon in operation. Growing weary of menial tasks, Ephraim's curiosity regarding Thomas' hours alone with the big light burgeons. But is it just fatigue and envy that cause Ephraim to become increasingly paranoid about the loitering seagulls, to the point where he's visited by strange apparitions?

Set in the 19th century and photographed by Jarin Blaschke in starkly beautiful black and white, The Lighthouse harkens back to the literature of Melville while accruing a hallucinatory ambiance that feels entirely fresh. The film's crude humour, hypnotic sounds, and spectral imagery lure us in, but it's Pattinson and Dafoe holding our attention, even as the men begin to slide off the deep end with truly unhinged performances that feature Pattinson, spellbinding with his bushy beard, piercing eyes, and salty accent, and Dafoe, captivating as he goads his young mate to reveal his shadowy past. As The Lighthouse — winner of a FIPRESCI award at Cannes — veers into ever-darker waters, this brilliant pair enters a dangerous dance that will leave you staggering out of the cinema on sea legs.