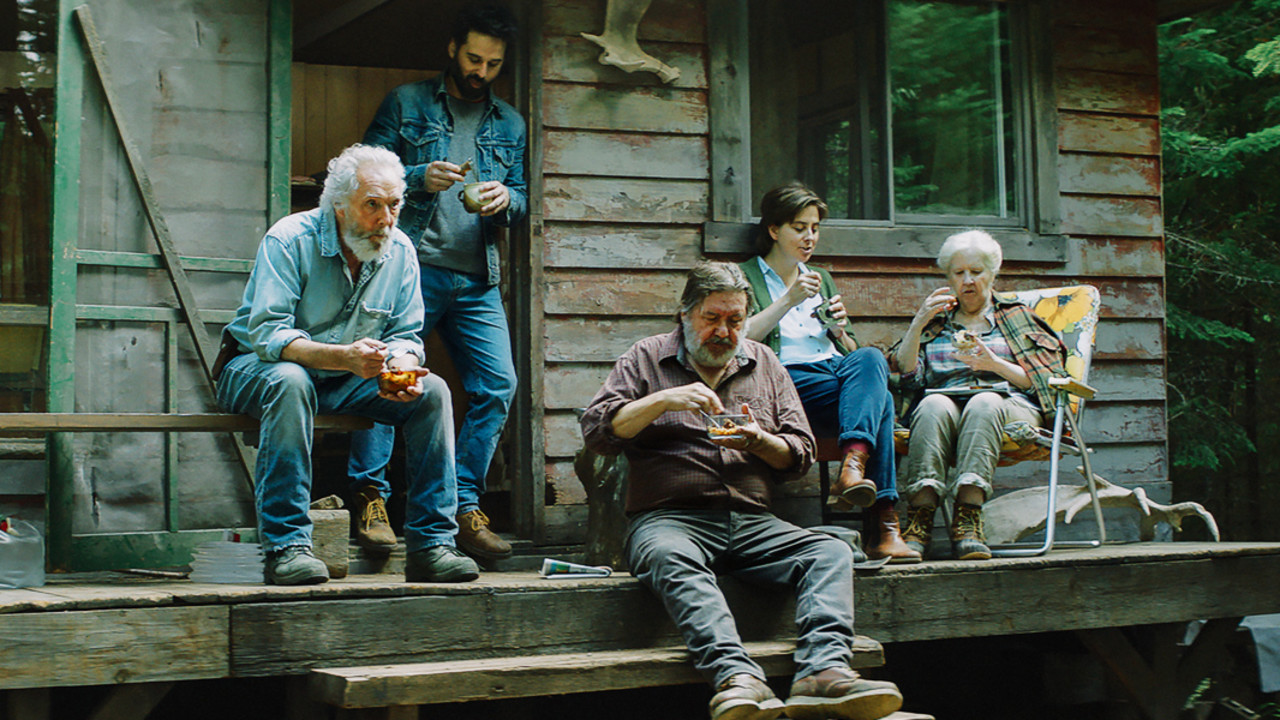 And the Birds Rained Down

As acclaimed director Louise Archambault's elegiac and charming And the Birds Rained Down opens, we meet three hermits living in cabins in the Quebec countryside, miles from civilization. Tom (Rémy Girard), Charlie (Gilbert Sicotte), and Ted (Kenneth Welsh) fled society years ago, and have eked out a back-to-the-land existence, selling pot to the closest locals with help from local hotelier Stephen (Éric Robidoux).

But their lifestyle is increasingly endangered by nature, infirmity, and age. Ted collapses from a heart attack. Photographer/ researcher Ange-Aimee (Eve Landry) threatens to disrupt their lives when she starts looking for survivors of a catastrophic blaze that happened decades ago, most notably Ted, whose actions during the fire have assumed heroic stature.

A poignant meditation on the possibilities of living outside modernity, And the Birds Rained Down is a tribute to the need to live independently and on one's own terms — and to those courageous enough to pursue this. (It's also a cry for respect for people and their choices, regardless of age.) Driven by an astonishing cast boasting some of Quebec's most esteemed performers — including Andrée Lachapelle, whose career stretches back to 1954 — the film features one of the most beautiful musical moments of the year, when Girard's ailing musician Tom, coaxed into performing at a nearby club, delivers a soulful and heartbreaking rendition of one of Tom Waits' best tunes.