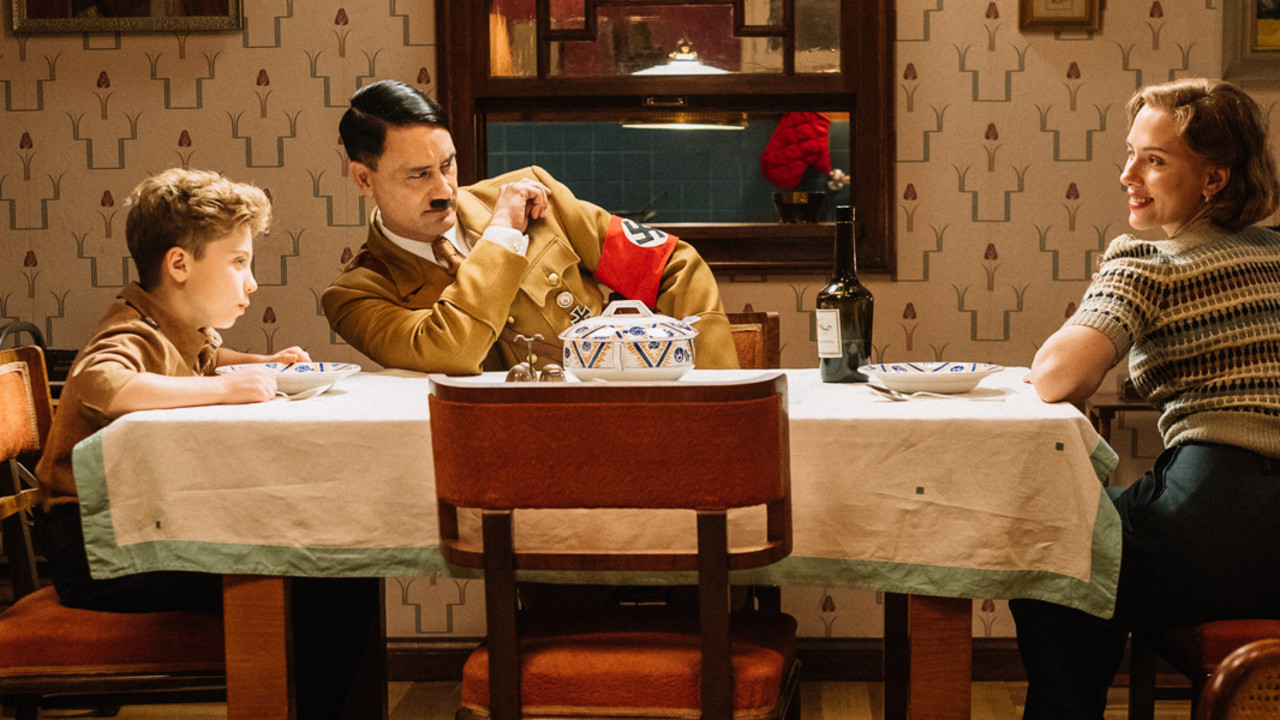 In a series of deft, groundbreaking comedies, Taika Waititi took sharp left turns into coming-of-age stories (Boy), vampire movies (What We Do in the Shadows), and even our sacred superheroes (Thor: Ragnarok). Now he brings his half-Maori, half-Jewish, fully skewed sensibilities to his most daring film yet. A dazzling takedown of fascist thinking and the violence it fuels, Jojo Rabbit begins in biting satire but delivers surprising emotional impact.

Jojo Betzler (Roman Griffin Davis) is a precocious kid in World War II Germany with an egregious blind spot. Socially awkward, but a proud member of the Hitler Youth, Jojo passes much of his time with his imaginary friend Adolf (Waititi), a cuddly, energetic, pep-talking version of the Führer. Having completely bought into Nazi hate, Jojo is incensed when he discovers that his mother (Scarlett Johansson, also at the Festival in Marriage Story) has been working for the resistance, helping to keep safe the Jewish people he's been taught to hate. With Germany on the brink of collapse, he is faced with the choice of clinging to his hateful beliefs or embracing his humanity.

Jojo Rabbit walks a precarious high wire, savaging the antisemitism of the Nazi era while identifying pointed parallels to today's fascist groupthink. Waititi, who has long had a gift for infusing even his wildest comedies with real heart, guides this film from taboo-breaking scenes reminiscent of Monty Python or Mel Brooks into far more emotional territory, as Jojo confronts the damage he's done. A singular and essential response to both history and our current moment, Jojo Rabbit simply must be seen.