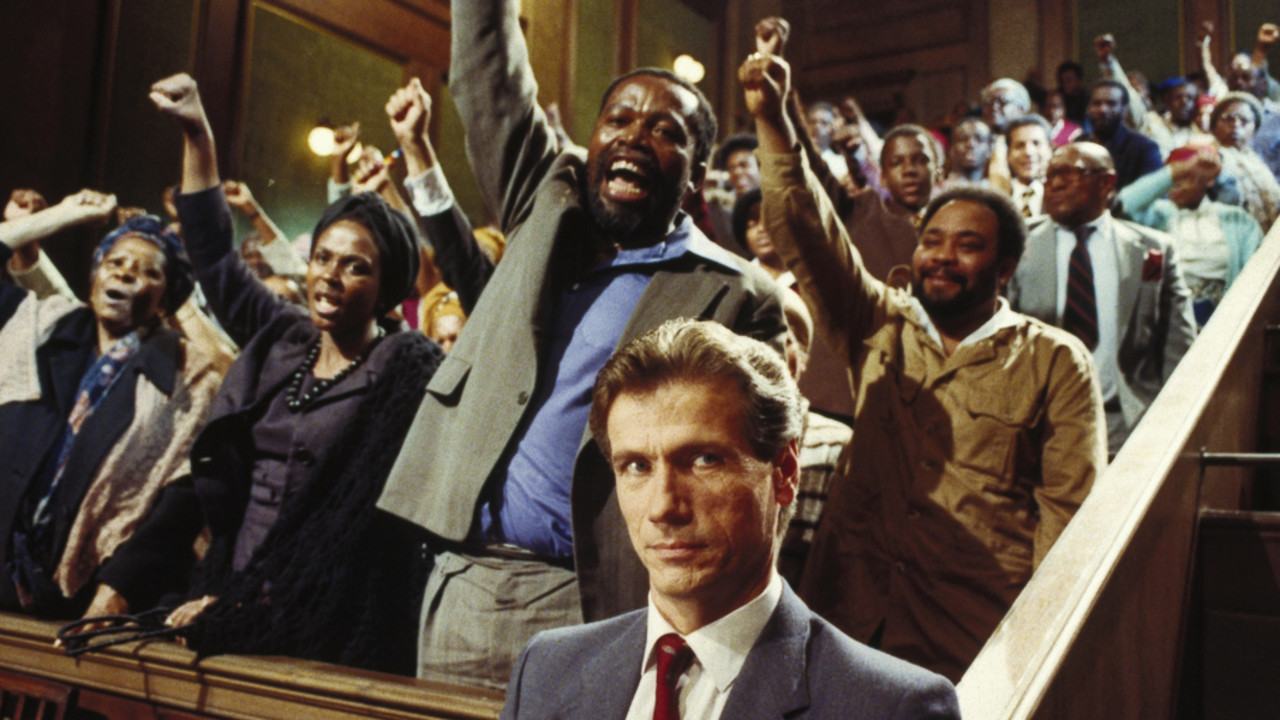 This screening will be introduced by Euzhan Palcy.

Following her acclaimed debut Sugar Cane Alley, and with Hollywood funders chasing after her, Martinique-born Euzhan Palcy went from the West Indies to South Africa with her next project — and became the first Black woman to direct a Hollywood studio film. A Dry White Season is Palcy's adaptation of Afrikaner novelist André Brink's tale of moral and political awakening in Apartheid-era Johannesburg. White, well-intentioned Ben du Toit (a heady Donald Sutherland) is a South African–born schoolteacher forced to confront his privileged inertia after the brutal assault of his Black gardener's son at the hands of white, government-backed authorities. Sutherland anchors a multifarious cast that includes Susan Sarandon, celebrated South African stage actor Zakes Mokae — the star among a talented ensemble of Black South Africans whom Palcy insisted on casting over Black American actors — and a towering Marlon Brando in his return to the screen after a nine-year hiatus.

Palcy ensured her own standards for A Dry White Season, balancing commercial interests with uncompromising artistry. Among the film's production lore: Palcy's attempt to subvert and dismantle studio-imposed white-saviour narratives; her passing over of matinee idol Paul Newman in favour of the grittier Sutherland; and her impassioned standoff with Brando when she decided to scrap a middling scene (he was later nominated for an Oscar for the role, proving her right).

A Dry White Season is a high-risk, highreward marvel. Palcy quietly conducted research for her politically critical film in South Africa 10 years after the Soweto riots, at the height of turning-point tensions and during a government-declared state of emergency. As her sophomore effort returns to the site of its debut — A Dry White Season had its world premiere at TIFF '89 — it remains a cogent, incendiary work that marks its director's auteurist ascendancy.