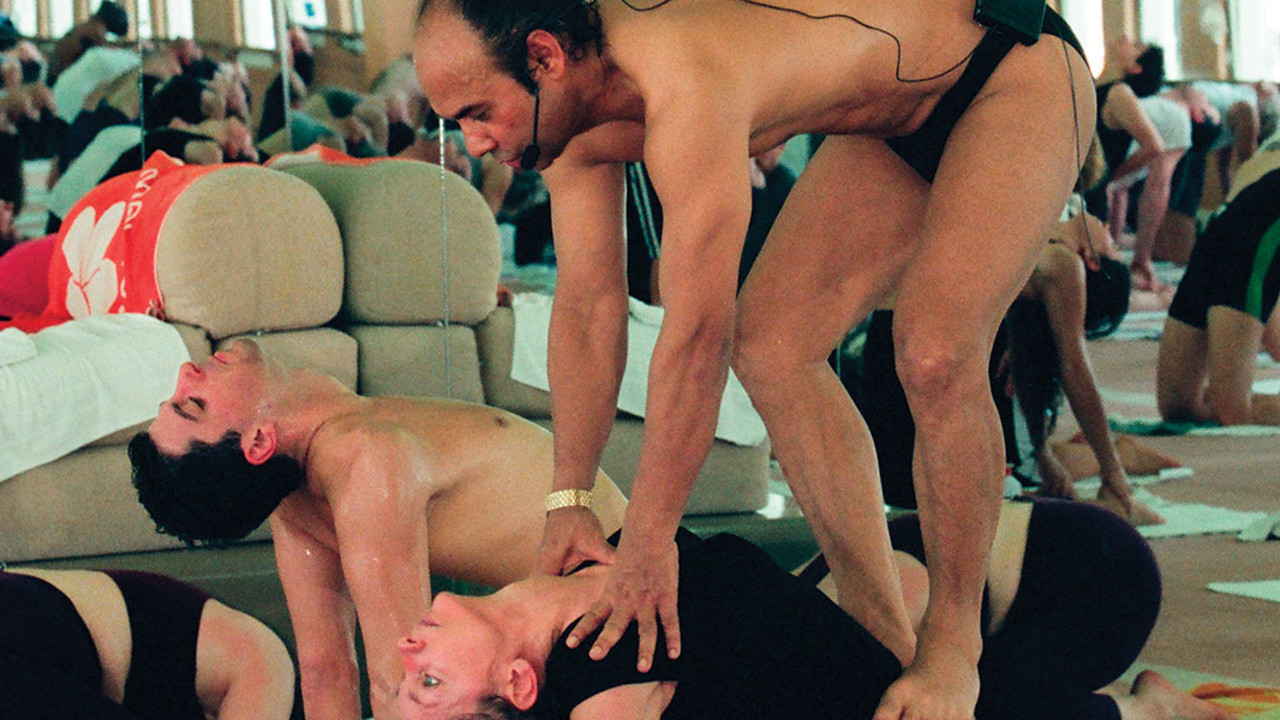 Bikram Choudhury was at the forefront of popularizing yoga in North America and around the world. An Indian immigrant with a Beverly Hills base, Choudhury was a born entertainer, known for dressing in nothing more than a black speedo and a Rolex. His teaching style was tough love sprinkled with salty language and punctuated by spontaneous bursts of singing. His followers hailed him for helping them to gain confidence, lose weight, and overcome physical ailments through his specialty of hot yoga. He built a franchise empire with hundreds of Bikram studios around the world.

Filmmaker Eva Orner traces Choudhury from his rise in the 1970s to his disgrace in accusations of rape and sexual harassment in more recent years. She taps a vast trove of archival footage that demonstrates Choudhury's charm and offers clues to his dark side. She conducts extensive interviews with his one-time acolytes who now feel betrayed, including yoga devotee Sarah Baughn who brought serious charges against him years before the reckoning of the #MeToo movement, and Choudhury's long-time lawyer Micki Jafa-Bodden.

Over the years, Choudhury's story has received steady press coverage, but there is a fresh power in this telling, with key figures going on camera to describe their complicated journey. The film raises larger questions about the nature of leaders and followers and the corruption of messianic figures. To this day, Choudhury has evaded prosecution and continues to attract yoga students from all over the world, bringing added tension to this rigorous investigation.