Acclaimed documentarian Lauren Greenfield (The Queen of Versailles) aims her lens at Filipino politician and former First Lady Imelda Marcos, who, despite disgrace, remains unbowed and enmeshed in her nation’s politics. 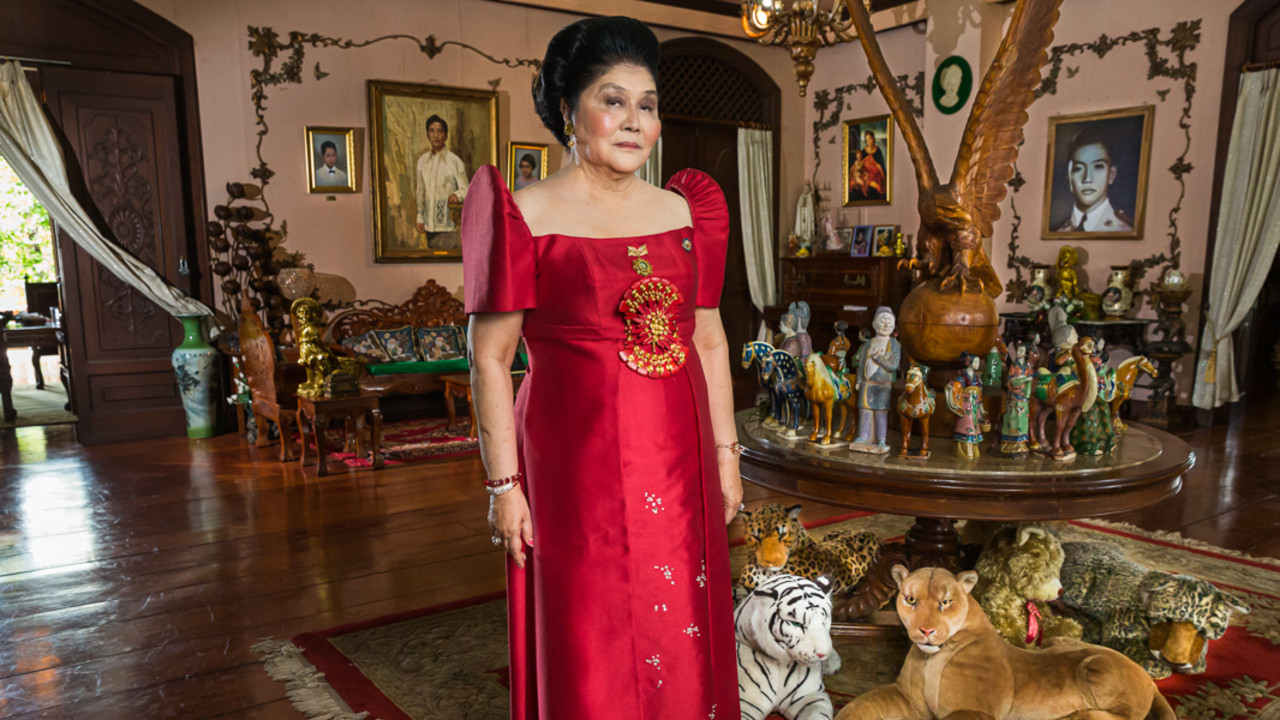 Imelda Marcos became First Lady of the Philippines in 1965 and still lives as if she possesses the role. During her husband Ferdinand Marcos' two decades as president, she was frequently the country's chief diplomat, sent abroad to meet everyone from Chairman Mao to President Reagan. Eventually, the Marcoses were ousted in 1986 under a cloud of scandal, accused of amassing billions of dollars while much of their country was impoverished as a result. Filipino protestors who swarmed triumphantly into the abandoned presidential palace discovered luxury goods in endless quantities, most famously Imelda's thousands of designer shoes.

Documentarian Lauren Greenfield has a long career chronicling the extremes of wealth in photographs and films including The Queen of Versailles and Generation Wealth. Imelda Marcos is a natural subject for her, only with a darker and political side.

The Kingmaker begins in 2014 when Imelda is in her eighties, looking to restore her family back to power through her son Ferdinand "Bongbong" Marcos, running for the vice presidency. The film weaves together past and present. Imelda is unshaken believing in her own righteousness. She defiantly poses for Greenfield's camera in a cavernous room stacked with documents from lawsuits. Her view of the world is contrasted with her opponents who testify to the Marcos regime's corruption and violence.

Over the course of filming, the Philippines elects President Rodrigo Duterte, who's been widely criticized for human rights abuses. But he and Imelda appear to have aligned interests. Whatever has been thrown against her, she has withstood. The modern history of the Philippines is inextricably bound with the legacy of this kingmaker.