One woman’s decision to comfort a stranger she finds crying in the street leads to a revealing and powerful conversation between two Indigenous women from very different circumstances, in this poignant collaboration from Elle-Máijá Tailfeathers and Kathleen Hepburn. 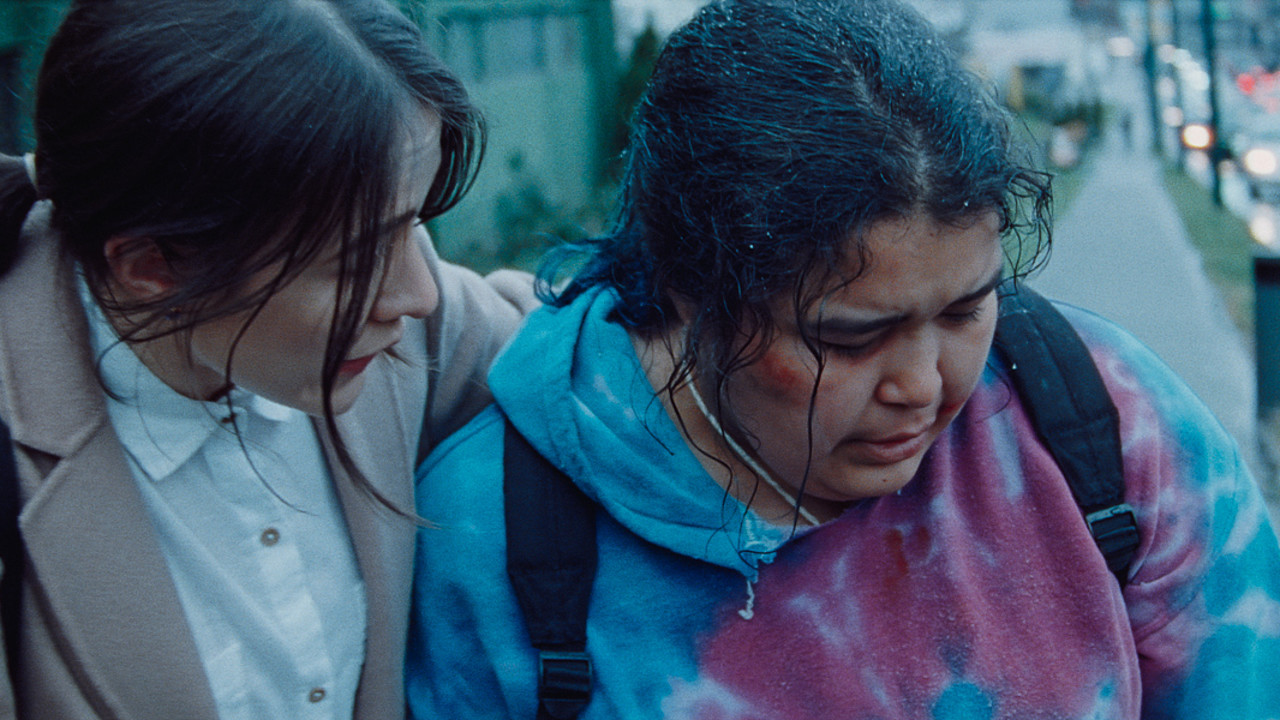 The Body Remembers When the World Broke Open

In an audacious act of heroism and kindness, Áila (Elle-Máijá Tailfeathers, also at the Festival in Blood Quantum) chooses to console a young woman she finds barefoot and sobbing in the streets. She soon discovers that Rosie (Violet Nelson) has just escaped an assault by her boyfriend. Compelled to take action, Áila chooses to bring Rosie into her home and, over the course of the evening, the two women explore the after-effect of this traumatic event.

The Body Remembers When the World Broke Open is a brilliant, poignant collaboration between two of Canada's brightest — and boldest — filmmakers. Tailfeathers, a member of the Kainai First Nation as well as Sámi from Norway, triples as lead, co-writer, and co-director. She shares writing and directing with Kathleen Hepburn, whose 2017 film Never Steady, Never Still premiered at the Festival and was named to TIFF's Canada's Top Ten. Using 16mm and presenting their narrative in "real time," the filmmakers craft a delicate intimacy, which lends emotion to this remarkable story of two women's resilience, strength, and mutual support.

Taking its title from an essay by Indigenous poet Billy-Ray Belcourt, and based on a watershed moment in Tailfeathers' life, this story of a chance encounter between two women — living in the same Vancouver neighbourhood, but coming from distinct worlds of class and lived experience — reveals the necessity for Indigenous people to look out for each other in a society that's too often indifferent to their existence.