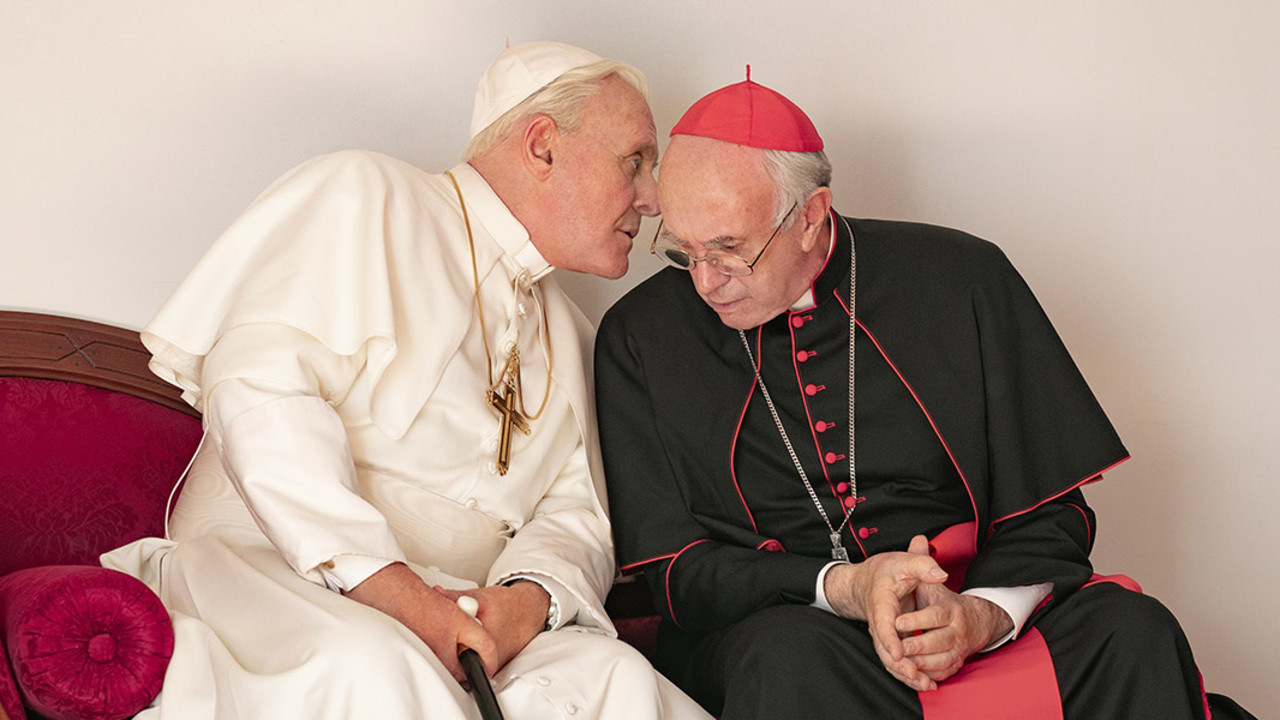 The Catholic Church's papacy is a singular institution, with unique demands placed on the men who would see themselves elevated to it. This decade saw one of the Church's most important moments of transition but news reports can fail in the face of such enormous, complex change. The Two Popes takes us beyond TV images of smoke rising from the Vatican chimney into the hearts, minds, and actions of those charged with leading over a billion faithful. Directed by Brazil's Oscar-nominated Fernando Meirelles (City of God) and starring two acting legends in Sir Anthony Hopkins and Jonathan Pryce, this insightful story ushers us behind gilded doors to watch the once and future Popes grapple with faith and religious leadership in a rapidly changing world.

The year is 2013. Argentine Cardinal Jorge Mario Bergoglio (Pryce) could not be a less conventional candidate for the papacy. Dodging pomp at every turn, he prefers walking or biking to limousines. He likes to tango and watch soccer with ordinary people. In an amusing early scene, we hear him whistling "Dancing Queen" in the Vatican men's room. Most importantly, he believes it is the Church's obligation to respond to the shifting needs of its followers — which makes him the opposite of Pope Benedict (Hopkins), who regards any change as a perilous compromise to the Church's integrity.

Nevertheless, Benedict realizes that momentum is building for Bergoglio to succeed him, so the two men meet, break bread, and engage in a debate that reveals much about their respective pasts and divergent visions for the future.

With its brilliantly detailed performances from Pryce and Hopkins, its cinematic flair, and surprising flourishes of humour, The Two Popes makes for a deeply rewarding experience.