Edward Norton wrote, directed, produced and stars in this 1950s-set crime drama, about a private detective living with Tourette syndrome who ventures to solve the murder of his mentor and best friend — a mystery that carries him from the gin-soaked jazz clubs of Harlem to the slums of Brooklyn to the gilded halls of New York's power brokers. 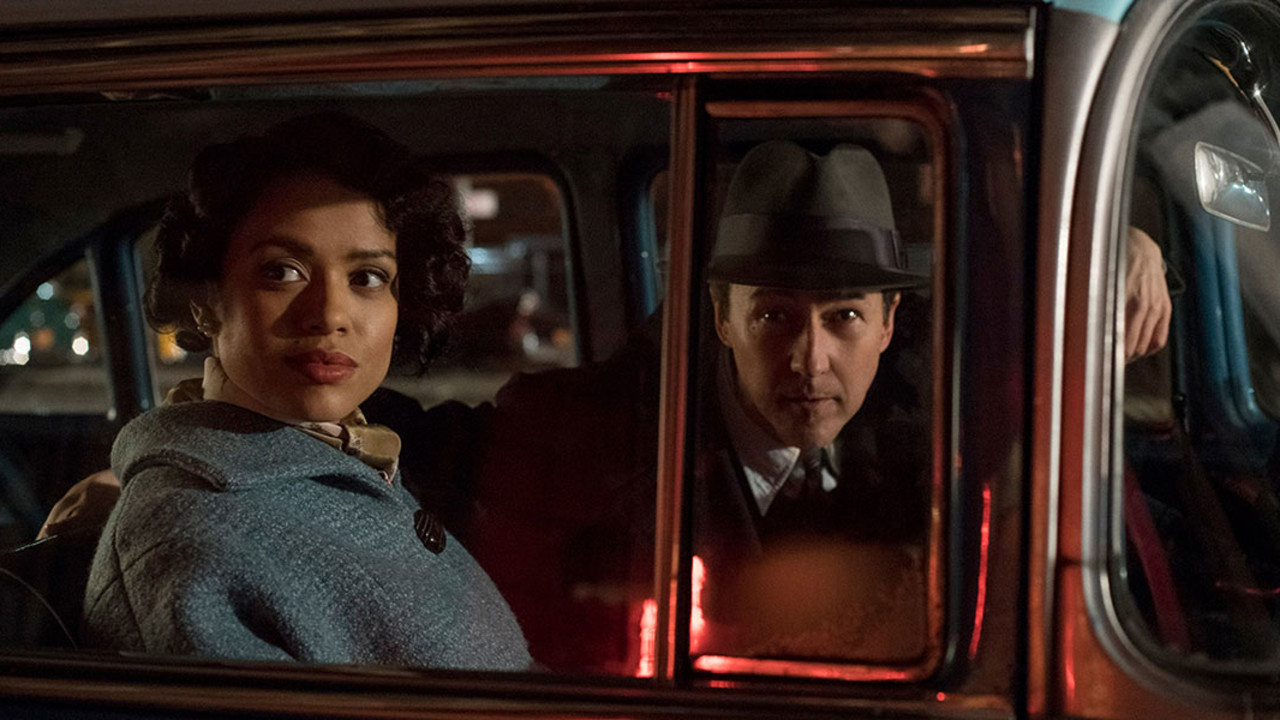 The press conference for this film will be held on September 11. Please visit the event page for the livestream link.

Widely acclaimed as one of his generation's finest actors, Edward Norton proves his skill behind the camera in this inventive crime saga. Marked by a deep sense of place and compelling performances from a cast that includes Alec Baldwin, Gugu Mbatha-Raw and Willem Dafoe (also at the Festival in The Lighthouse), Motherless Brooklyn is an offbeat detective story in which the hero seeks both to solve a murder and illuminate his own origins.

As young orphans, Lionel Essrog (Norton) and his three closest friends were taken under the wing of Frank Minna (Bruce Willis). Minna would send the boys on enigmatic errands, imbuing them with street smarts, attitude, and a sense of purpose. Those four boys became the Minna Men, an ersatz detective agency and limo service. When Minna is shot and left for dead, Lionel determines to solve this crime, plunging him into a Brooklyn underworld riddled with colourful characters, some possibly enemies passing as old friends. As his quest for truth leads him further up New York's ladder of power, Lionel's investigation is complicated by his Tourette syndrome, which leaves him prone to compulsive behavioural tics and inappropriate verbal outbursts.

Norton brings compassion and humour to Lionel, whose condition inevitably leads to some knotty scenarios yet is never played for cheap laughs. Working with acclaimed cinematographer Dick Pope, Norton recreates 1950s Brooklyn with an alluring specificity. The result is a story that feels both rooted and universal.