Weijun Chen's lively new film documents the struggles of Wang Tiancheng, an elderly and cantakerous street vendor in Wuhan, China, whose business is threatened by the development of a new retail district. 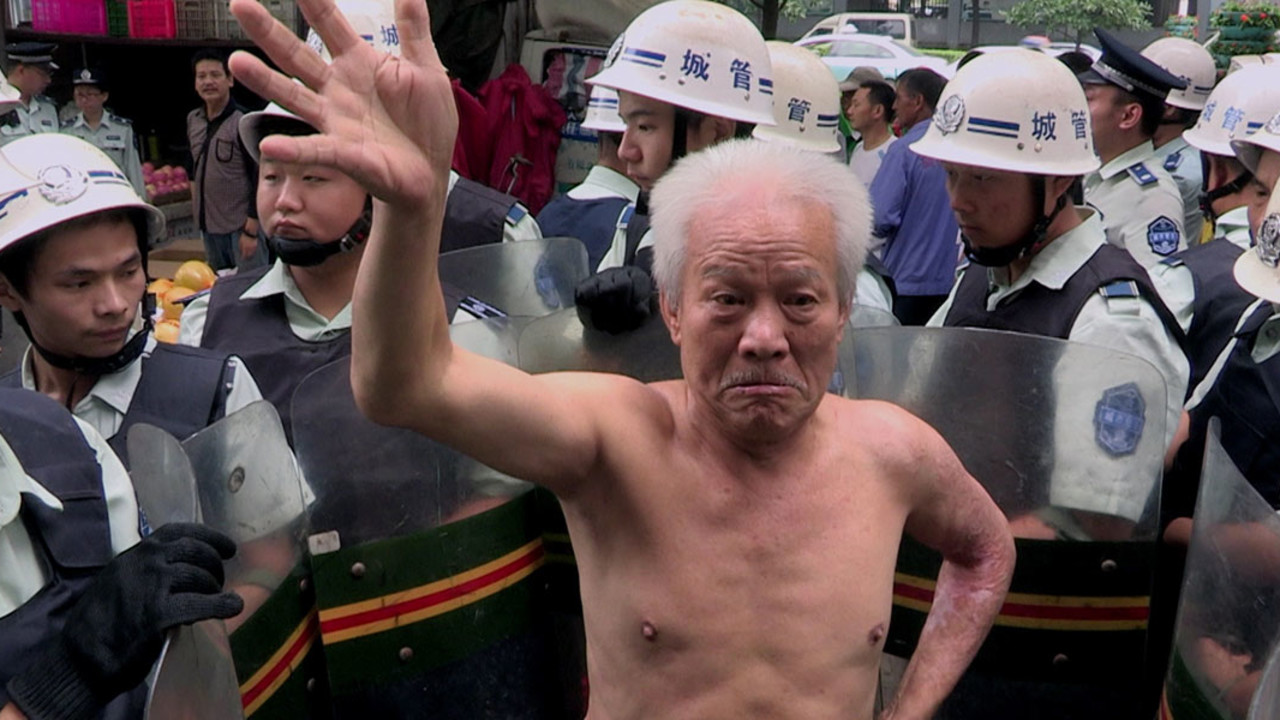 Documentary comedies are a rarity, even more so from China. But Weijun Chen has proven himself a master with such mirthful films as Please Vote for Me and The Biggest Chinese Restaurant in the World. The Chinese economy may have lifted over 850 million people out of poverty since the early 1980s, but it's necessary to look beyond such statistics and into individual lives for a true understanding of what this means. That's the accomplishment of City Dream, which documents an effort to introduce a new retail district by clearing out street vendors.

Chen embeds himself with the Urban Management Bureau of Wuhan, the biggest city in Central China. The bureau officers are firm in their duty to clean up the streets, but still show sympathy towards vendors being displaced. They meet their match in Wang Tiancheng, an elderly and cantankerous seller of fruits and clothing, who receives help from his grown son who lost a hand in a factory accident. The old man is brazenly defiant, like a swordless warrior against an army. He rips up the officers' paper citations, screams insults to their faces, and even throws punches. They take his abuse with surprising patience and humour. But their bosses are adamant to see the job get done. Suspense builds over a year in this standoff between government force and individual willpower.

In the tradition of his previous films, Chen brings out the humanity of everyone on screen, even when they're pushed to their limits.