In Dan Friedkin's directorial debut, a soldier and member of the Dutch resistance (Claes Bang) investigates stolen art in the wake of the Second World War, including a Vermeer sold to the Nazis by a flamboyant painter (Guy Pearce). 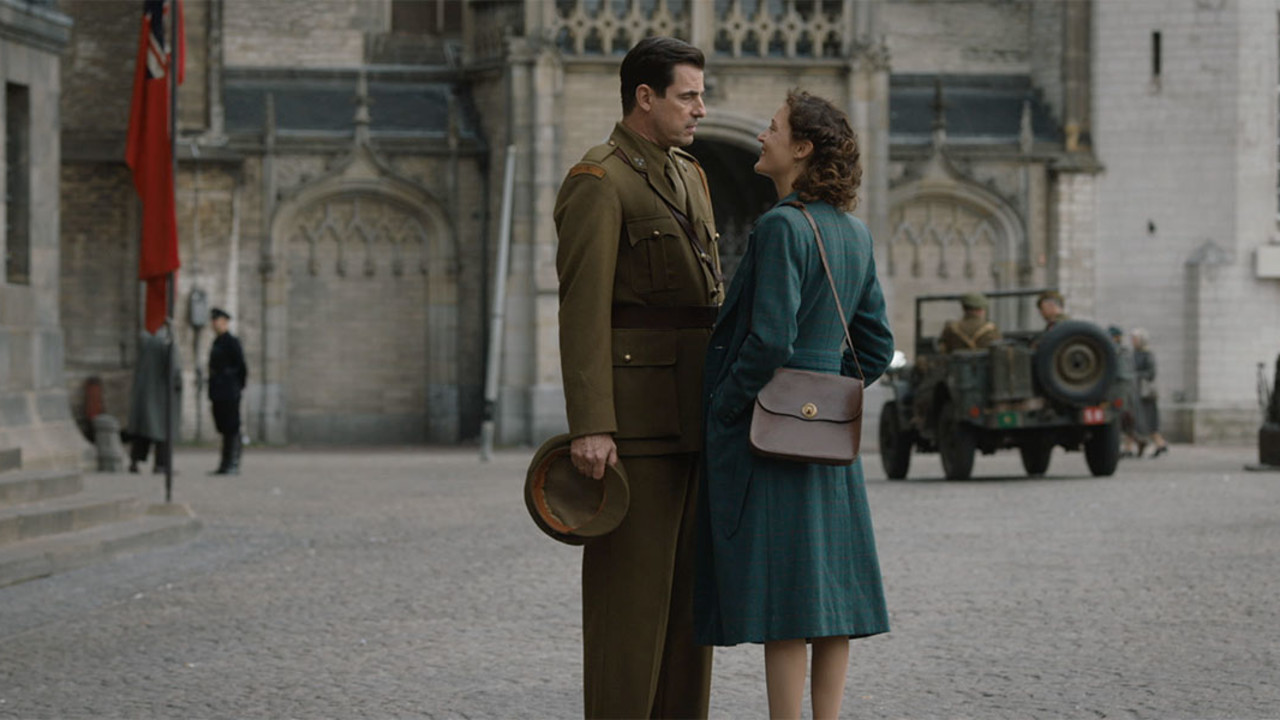 While Joseph Piller was fighting in the Dutch Resistance during the Second World War, Han van Meegeren was selling paintings to the Nazis. By the end of the war, Piller was identifying and redistributing stolen art, and van Meegeren had been accused of collaboration — a crime punishable by death.

Dan Friedkin's engrossing directorial debut, based on this true story, follows van Meegeren (Guy Pearce), an affluent dandy famous for hosting hedonistic soirées, who is said to have profited from the sale of a Vermeer to Hermann Göring. That a sale was made to one of the highest-ranking Nazis, van Meegeren doesn't deny. But just how deep are these ties to the clients? While damning evidence accumulates, Piller (Claes Bang, also at the Festival in The Burnt Orange Heresy), with the aid of his brilliant assistant (Vicky Krieps), peels away layer after layer of a story that is far more than meets the eye. The stoic and even-headed Piller is at first immune to the crafty van Meegeren's seeming tall tales until he finds his allegiances tested and goes to great lengths to fight for the suspect's right to a fair trial.

Written by Mark Fergus and Hawk Ostby (Children of Men) and James McGee, Friedkin's film is an absorbing, suspenseful drama that reckons with the moral morass of postwar Europe and questions how we place value on art.

Pearce delivers one of his finest turns here as van Meegeren, a larger-than-life character tailor-made for an actor whose talent for fusing flamboyance with inner substance remains unparalleled among his generation.