In 2016, in one of Mosul's especially decimated zones, Kawa (Adam Bessa) has his life saved by the Nineveh SWAT and joins them in their fight against ISIS, in this directorial debut by screenwriter Matthew Michael Carnahan. 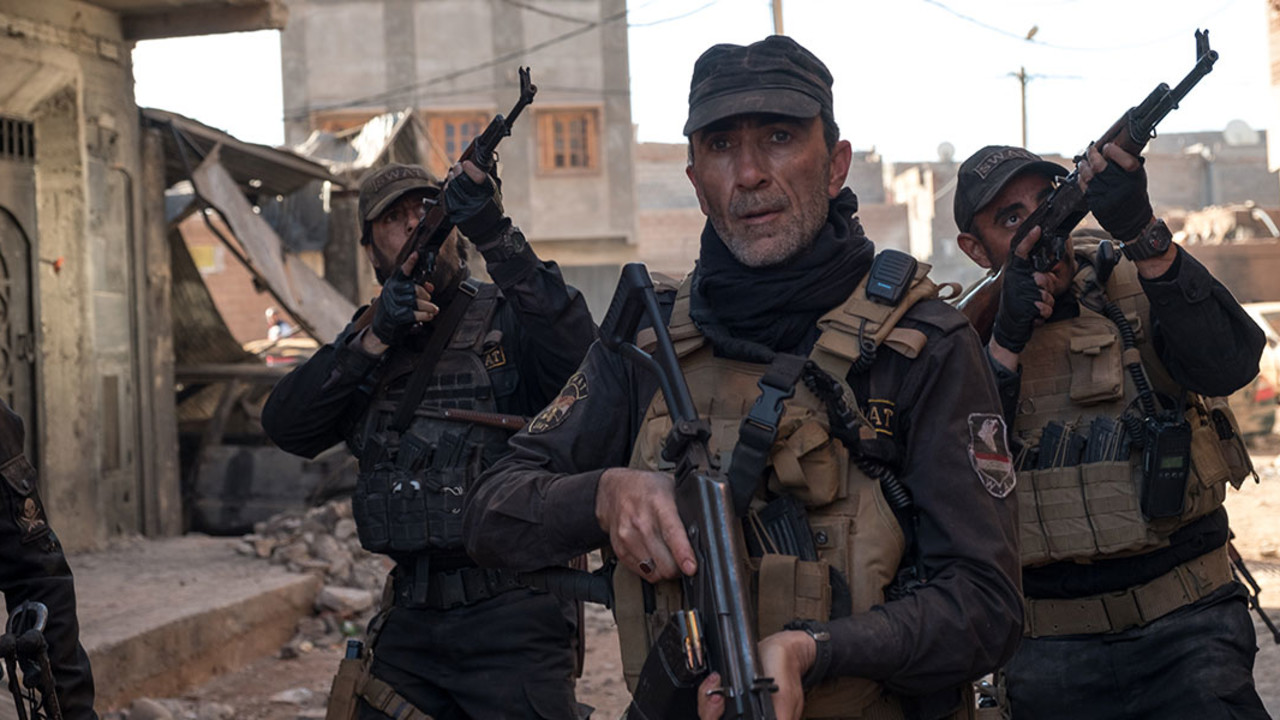 While they were completing Marvel's historic Avengers: Endgame, directors Joe and Anthony Russo were also shepherding a secret project as producers. Mosul, the directorial debut by screenwriter Matthew Michael Carnahan (Deepwater Horizon, TIFF '16), is a sharp turn from Hollywood for the Russo brothers and their collaborators, but keeps the state-of-the-art dramatic action for which they're known.

Between 2014 and 2017, ISIS occupied the Iraqi city of Mosul. During those years, the only group to fight the occupiers continuously was Nineveh province's SWAT unit, made up of local men who had either been injured or had a family member killed by ISIS. Carnahan's Mosul is a gripping tribute to these fighters for whom the incentives were intensely personal.

Kawa (Adam Bessa), a 21-year-old police officer, barely survives a firefight. When the smoke clears he meets the men who saved his life, the Nineveh SWAT, led by Jasem (Suhail Dabbach). Kawa's own uncle was recently killed by ISIS. He joins the group, though they've been reduced to just a dozen men with three Humvees and a surplus of cigarettes. Before his first day with Nineveh SWAT is over, Kawa will witness the rescue of a child and the death of several colleagues, take revenge on a man who betrayed him, and participate in the ambush of an ISIS stronghold.

Carnahan drops us right in the centre of urban warfare, but also allows for telling moments that reveal the men beyond their combat roles. A rare American film designed to bring Iraqi perspectives forward, Mosul is both muscular and humane.