Two tenacious women in the post-siege ruins of 1945 Leningrad struggle to rebuild their lives, in Kantemir Balagov's loose adaptation of Nobel Prize–winning author Svetlana Alexievich's The Unwomanly Face of War. 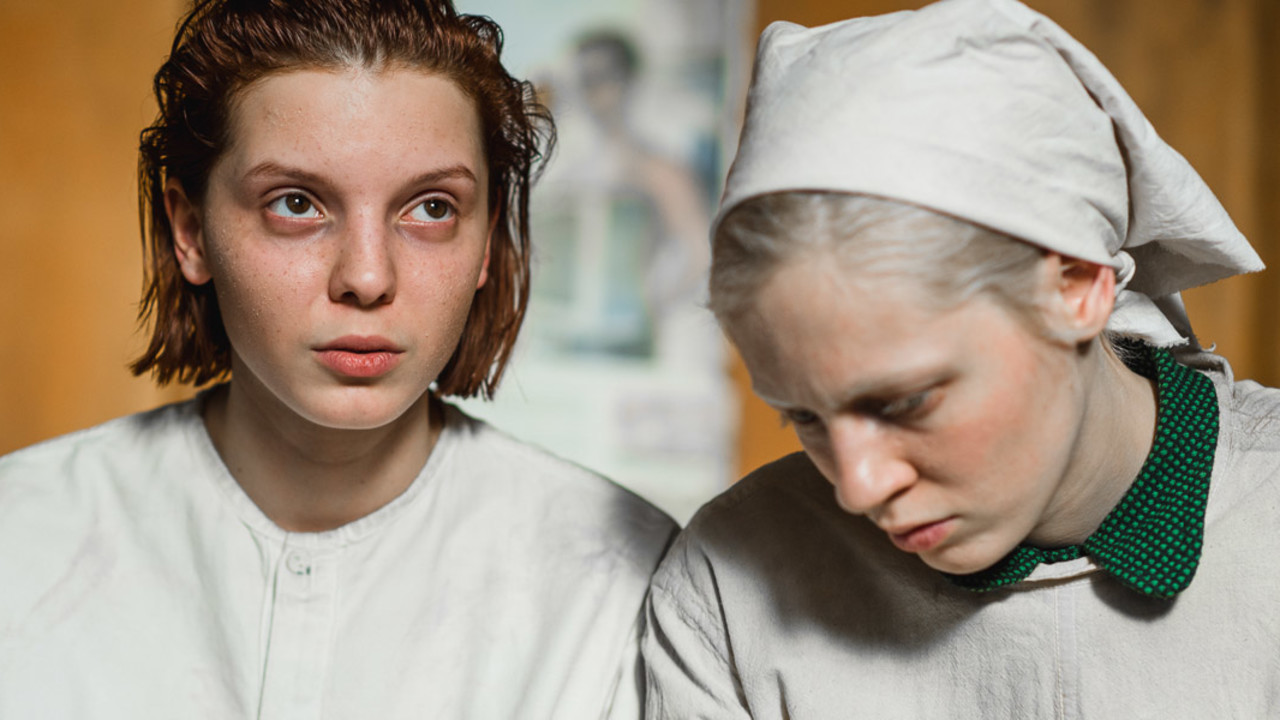 It's 1945, and Leningrad lies in ruins, wartorn and paralyzed. Iya (Viktoria Miroshnichenko), a nurse, and Masha (Vasilisa Perelygina), a soldier, are traumatized from the siege and its aftermath, and struggling to rebuild their lives. The Russian title of Kantemir Balagov's Beanpole, "Dylda," suggests an awkwardness and lack of grace that is mirrored in the setting's bombed-out streets, smashed tenements, and hospitals full of limbless veterans — and in its hapless yet tenacious protagonists.

Drawing loosely from Nobel Prize–winning author and historian Svetlana Alexievich's 1985 book The Unwomanly Face of War, Balagov creates a world where women's suffering and resilience becomes elliptic — with proactivity and punishment at either side of an ever-swinging pendulum. Their hardships in the face of unspeakable tragedy are palpable through their sunken eyes and shallow gazes, but we are simultaneously pulled along in their perseverance. Survival of the fittest takes on a new meaning, as gains seem tiny and incremental yet everything is at stake. Spiritually bleak, yet rich in colour and remarkably precise in its style, the cinematic language of Balagov speaks to a new generation of Russian filmmakers telling stories of a homeland that has yet to reconcile with its historical cataclysms.

A former student of Alexander Sokurov, Balagov broke onto the scene in 2017 with his debut feature Closeness, which competed in Cannes' Un Certain Regard, where it won the FIPRESCI prize. Beanpole — produced by Alexander Rodnyansky, who was also behind Andrey Zvyangintsev's Elena, Leviathan, and Loveless — won both Best Director and FIPRESCI in this year's Un Certain Regard.