Tony-winning Broadway actor Cynthia Erivo stars in Kasi Lemmons' inspiring biopic about renowned abolitionist Harriet Tubman, who escaped slavery and risked her life to lead others to freedom through the network of safehouses known as the Underground Railroad. 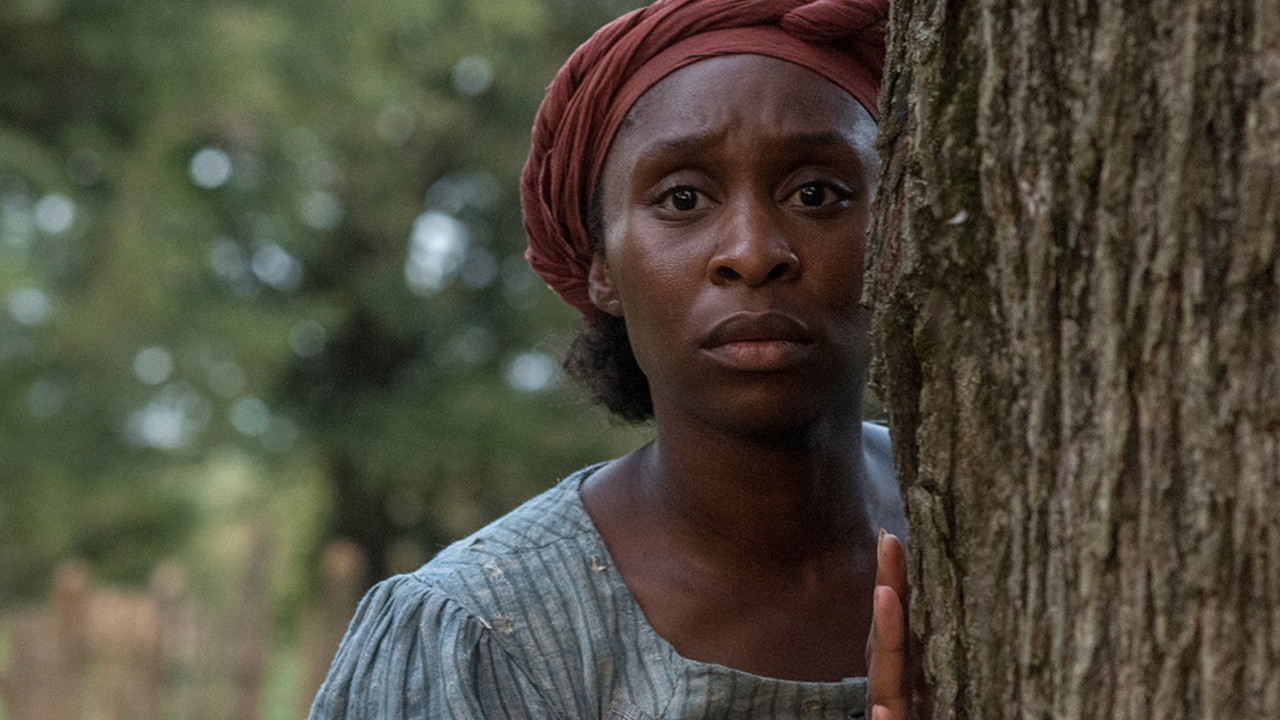 Lifting the heroic icon from the pages of history and into an epic, timeless tale, Harriet brings to the big screen the surge of faith, principle, and raw courage that drove diminutive Araminta Ross to greatness. Living under slavery on a Maryland plantation in the 1840s, Ross (Cynthia Erivo) goes by the name Minty. About half the state's Black residents are free and half enslaved. Minty knows the risk, but when opportunity comes, she sets out at night, alone, to walk 100 miles north to Philadelphia.

Director Kasi Lemmons (Eve's Bayou, Talk To Me) crafts this sequence as edge-of-your-seat adventure, with Minty evading bounty hunters and the threat of betrayal at every turn. Terence Blanchard's soaring score is especially notable in these scenes. Along the way, Minty gains help from the loose collection of new friends and abolitionists known as the Underground Railroad. Once in Philadelphia, she meets Marie (Janelle Monáe), a sophisticated, free-born woman who helps her to claim her place and power in the new society. In a scene rich with emotion, Minty takes her new name: Harriet Tubman.

Against all advice but guided by her visions of God, Tubman returns south to lead her loved ones to freedom, then returns again, now as a leader of the Underground Railroad. When Congress passes the Fugitive Slave Act, no place in the US is safe. Now Tubman must lead her charges 500 miles north to a place where slavery was recently outlawed: Canada.

Erivo was a discovery for many in Steve McQueen's Widows (TIFF '18). Here she proves herself an exemplary leading woman, riveting in every scene, and giving her portrayal the scale and depth appropriate to such a legendary American leader.