From acclaimed filmmakers Josh and Benny Safdie comes an electrifying crime thriller about Howard Ratner (Adam Sandler), a charismatic New York City jeweler always on the lookout for the next big score. When he makes a series of high-stakes bets that could lead to the windfall of a lifetime, Howard must perform a precarious high-wire act, balancing business, family, and encroaching adversaries on all sides, in his relentless pursuit of the ultimate win. 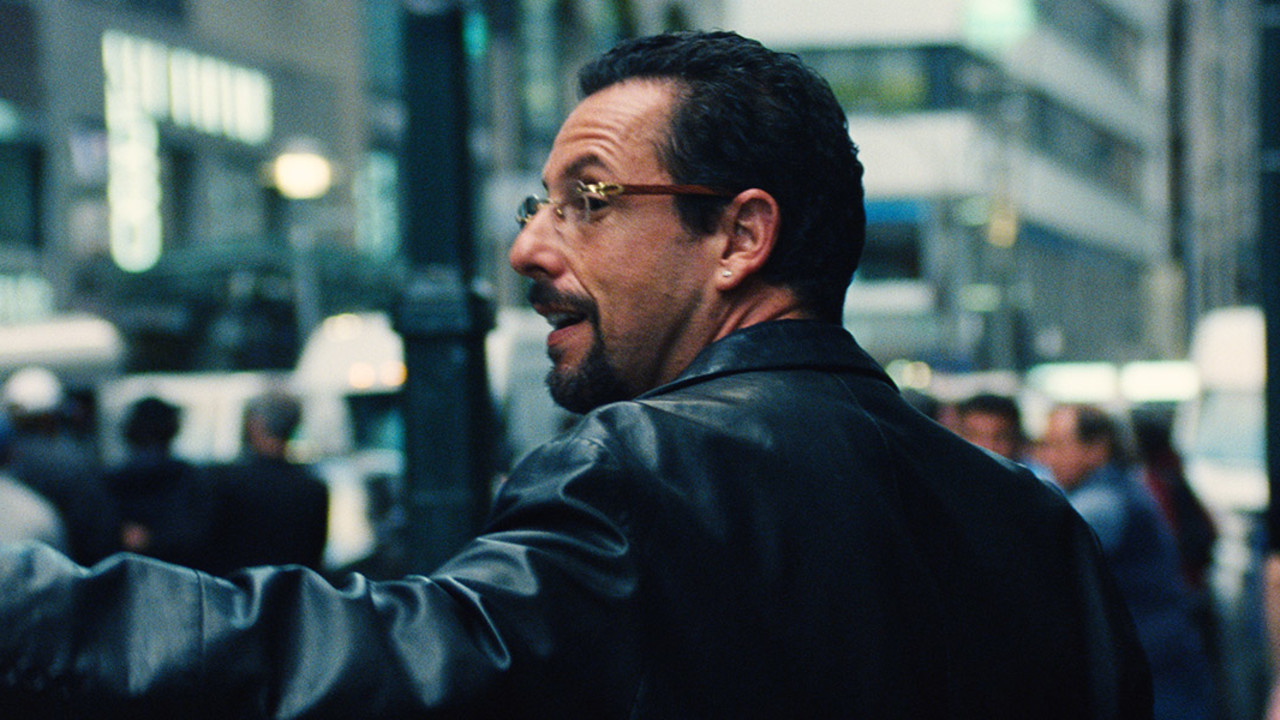 Returning to the screen with a pulse-pounding crime comedy, directing duo brothers Josh and Benny Safdie (Good Time, Heaven Knows What) tell the story of Howard Ratner (Adam Sandler), a charismatic and slippery jeweller. Howard is determined to prove himself a champion in his day-to-day life, and he idolizes his client list of famous athletes procured for him by his middleman, Demany (LaKeith Stanfield, also at the Festival in Knives Out). Ever scheming, Howard intends to sell a mined chunk of rock full of embedded gems at auction — after it's shipped to him from Ethiopia inside a fish carcass. If he can navigate his way through marital problems, girlfriend problems, imaginatively vicious debt collectors, and his unquenchable desire to be close to success, he might just have a clear shot at winning.

Sandler commands the screen with such a nuanced performance that it's like Howard has been sewn into his skin. He juggles the film's uneasy comedy with a sense of imbued optimism, one that keeps him in trouble but also keeps everyone around Howard — including the audience — rooting for him.

The Safdie brothers give their signature gritty, naturalistic feel to the story, cementing their place in the canon of down-anddirty New York cinema alongside greats like John Cassavetes and Abel Ferrara.

With surprising turns from former NBA star Kevin Garnett and The Weeknd playing themselves, the Safdies present a vibrant and chaotic picture of the city that is very much of the moment. Wrapped in frenetic, stop-at-nothing energy and full of laughs, Uncut Gems is a meaty, edgy diamond in the rough.