Based on the Jack London novel of the same name, Pietro Marcello’s latest follows a sailor (Luca Marinelli) trying to remake himself as a writer, in this passionate and timeless story of class consciousness and failed ideals. 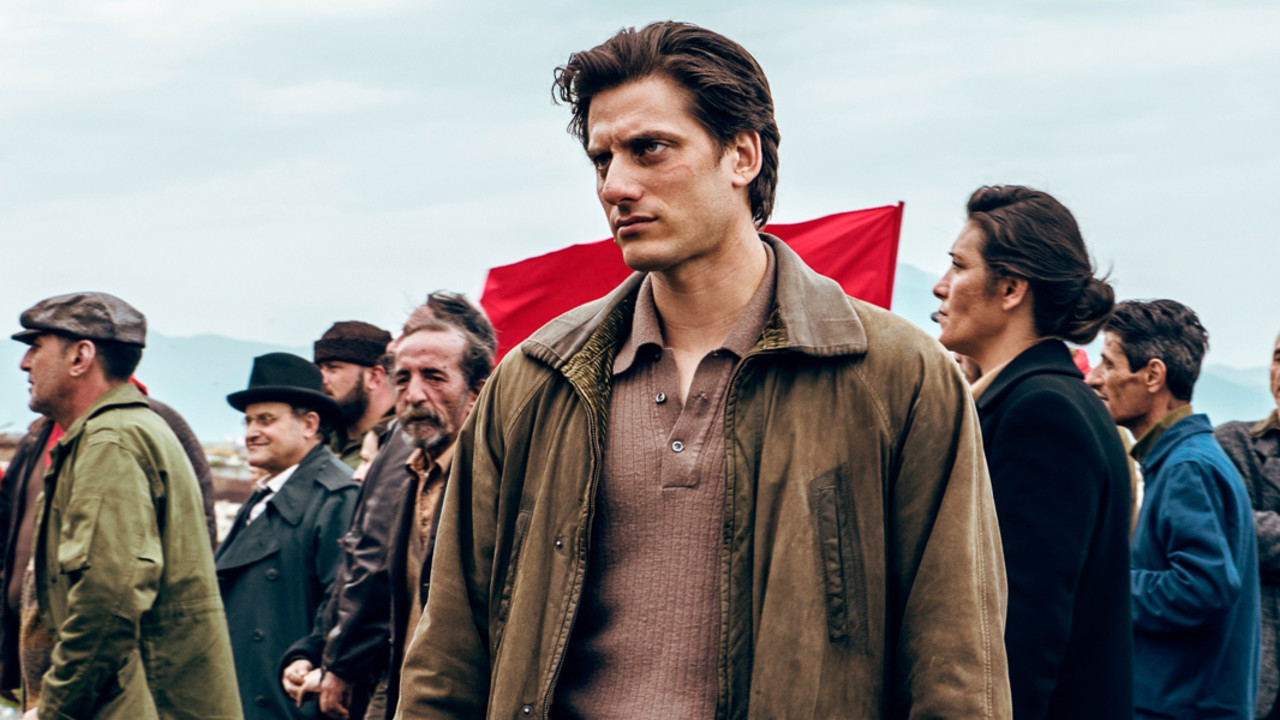 A passionate and enthralling narrative fresco in the tradition of the Italian classics, Martin Eden is sure to be a landmark film in Pietro Marcello's already bright career. A captivating and unconventional adaptation of the 1909 novel by American writer Jack London, Marcello's film transposes the story of a striving autodidact to an unidentified Italian port city, removing precise temporal cues to create an elegance rare in cinema today.

"Under that muscled body of his was a mass of quivering sensibilities," writes London of his titular character, here embodied by a coruscating Luca Marinelli. Initially a sailor, Martin Eden is inspired to educate, elevate, and remake himself as a writer following a chance encounter and romantic infatuation with the sophisticated, higher-class Elena (a luminous Jessica Cressy). As Martin develops and intensely pursues his new-found obsessions, both literary and social, he betrays those around him, denies his class consciousness, and rejects his humble origins, which gnaw at him from within.

An epic story of amour fou played out against an (a)historical backdrop of shifting values, Martin Eden is a cinephile's dream. Shot on Super 16mm with echoes of Rossellini's search for truth and Visconti's nihilistic decadence (Ludwig in particular), the film's formal brilliance includes intermittent use of archival footage as a living, breathing, haunting pulse beneath the film's celluloid surface. In the hands of Marcello, a largely independent and political filmmaker, this quintessential tale of an individual torn between ideals and ambitions becomes a clarion call in the face of today's dogmatic posturing.