Visionary Catalan filmmaker Albert Serra (The Death of Louis XIV) returns to the Festival with another period-piece provocation, which follows an ensemble of libidinous 18th-century French aristocrats who embark on an extended night of woodland cruising to live out their sexual fantasies and explore their philosophy of libertinage. 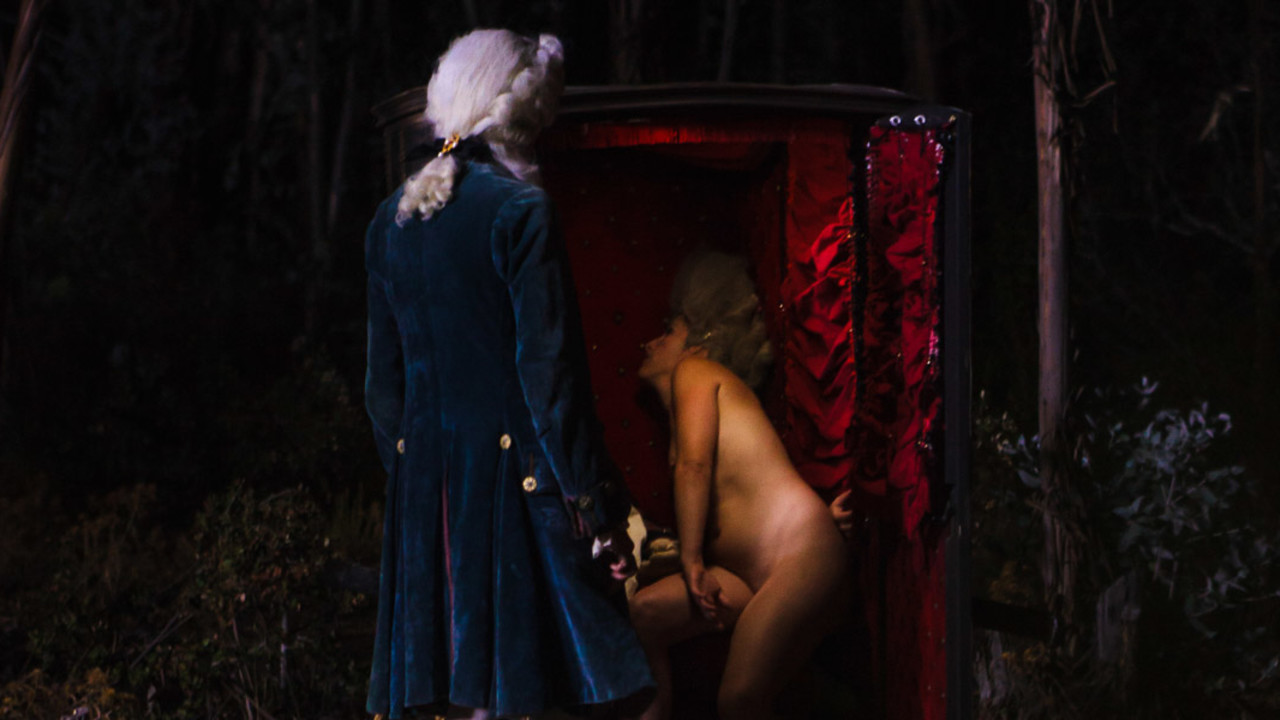 Following his instant cult classic La Mort de Louis XIV (Wavelengths 2016), visionary Catalan filmmaker and artist Albert Serra returns to the Festival with an even greater period-piece provocation, the feature-film component of a tripartite project that began as a theatre play at the Volksbühne in Berlin, then a two-screen installation at the Reina Sofia in Madrid. Trading the Sun King's palatial bedchamber for a nondescript forest clearing somewhere between Potsdam and Berlin, Liberté follows an ensemble of libidinous aristocrats, exiles from the court of Louis XVI, who embark on an extended night of woodland cruising to live out their sexual fantasies and explore their philosophy of libertinage.

Mixing non-professional performers, theatre actors, and even members of his crew (as well as the great Helmut Berger, terrifically bewigged as the legendary German seducer and non-conformist the Duc de Walchen), Serra adopts a Warholian approach to the Sadean activities, allowing his players to extemporize some of their BDSM. While some of the sex is graphic, the film's focus is on the interplay between exhibitionism and voyeurism, the seen and the unseen, lust and tedium, as cinematographer Artur Tort masterfully captures the carnal proceedings in images that recall the great neoclassical and rococo tableaux of Watteau, Fragonard, and Boucher. Strangely despectacularized, languid, and somewhat sombre in tone, Liberté sees Serra at the height of his powers, boldly enacting his artistic freedom and continuing to make radical and subversive work in an increasingly conservative cultural milieu.