The groundbreaking and often game-changing reporting of legendary foreign correspondent and author Robert Fisk is profiled in the latest from acclaimed documentarian Yung Chang (Up the Yangtze). 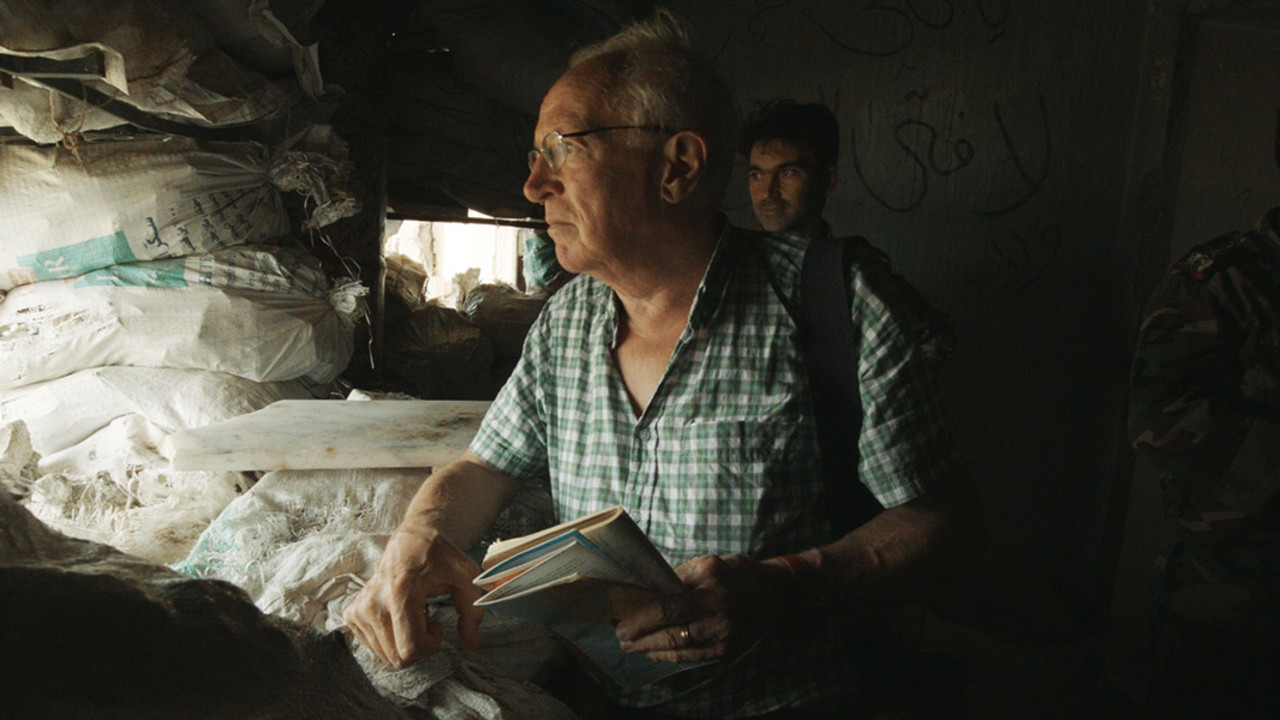 This Is Not a Movie

A timely and essential film for the era of Fake News, the latest from Yung Chang ( Up the Yangtze) follows legendary foreign correspondent Robert Fisk, who has spent a lifetime exposing the truth in war zones where, as the saying goes, truth is the first casualty. Fisk began his career covering The Troubles in Northern Ireland for The Times, where he raised hackles by reporting that British soldiers were facing off with kids tossing rocks, killing innocent people.

Fisk switched to the Middle East beat, where he reported on key events such as the 1982 Sabra and Shatila massacre in Lebanon. He left The Times after Rupert Murdoch bought the publication and began censoring his stories, notably the U.S. Navy's shooting down of passenger jet Iran Air Flight 655 in 1988. Moving to The Independent, Fisk continued to report facts while exposing and questioning false and lazy reporting, like the unsubstantiated claims about the recent gas attacks in Syria. Toughened by his experiences, Fisk insists on maintaining an emotional distance from what he witnesses, arguing that you can't report on an event if you're completely overcome by it.

Inspired as child by Alfred Hitchcock's Foreign Correspondent — he reveals in a touching moment his officer father's refusal to execute a fellow soldier — Fisk emerges as an old school hero-adventurer though for a cause larger than himself. As Susan Sontag said of anthropologist Claude Lévi-Strauss, "he acts out a heroic, diligent and complex pessimism," exposing falsehood and calumny, and that, paradoxically, is a reason for optimism.