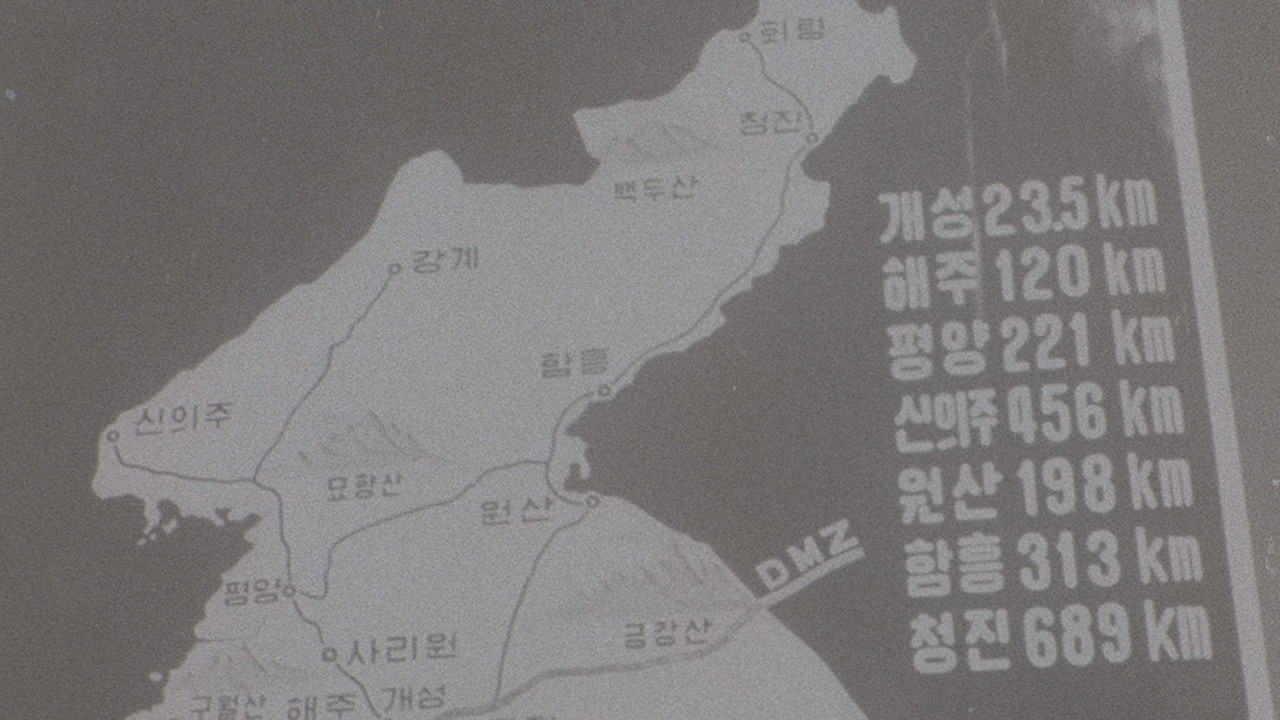 Bookended by an obscure feminist film collective and a women's-only village in Syria, this programme proposes various documentary approaches — in pursuit of personal, artistic, and/or historical truths — as modes of empowerment and affirmation.

2minutes40seconds by Han Ok-hee — member of the little-known and underappreciated South Korean feminist film collective Kaidu Club — is a dynamic, idiosyncratic mosaic of Korean life and culture as seen through people who dream of a unified country.

An unconventional travelogue that stitches together nations of the former Yugoslavia through chance encounters, 1970s rock music, architecture, and inventive editing, Ryan Ferko's Hrvoji, Look at You From the Tower locates traces of the past in an increasingly fractured present.

Shot on 16mm in southern France, near the home of the Post-Impressionist French painter, Luke Fowler's Cézanne pays tribute to its eponymous subject's handling of light and nature (notably Mont Sainte-Victoire), with a soundtrack by field recordist Toshiya Tsunoda.

Two of the programme's most intimate gems are epistolary. Told through letters and enigmatic image flashes, Miryam Charles' Durasian Second Generation depicts a woman's travels to Haiti to meet the lover of her partner. Erica Sheu's Transcript takes inspiration from a film by Shuji Terayama, transposing an exacting arrangement of baby's breath, love letters, cyanotype paper, and lights into a fleeting 35mm memory.

Commissioned by the Sharjah Biennial, Who's Afraid of Ideology? Part 2 continues Lebanese artist Marwa Arsanios' interest in the ties between ecology, feminism, and collective organization, in a portrait of lived radical politics in a Lebanese farming cooperative, and of the citizens of Jinwar, a women-only village in northern Syria.

Playing as part of this programme:
Second Generation
Circumplector
Cézanne
Hrvoji, Look at You From the Tower
2minutes40seconds
Transcript
Who's Afraid of Ideology? Part 2