A soldier suffering from PTSD befriends a young volunteer hoping to restore peaceful energy to a war-torn society, in director Valentyn Vasyanovych’s dystopian vision of Ukraine in the near future. 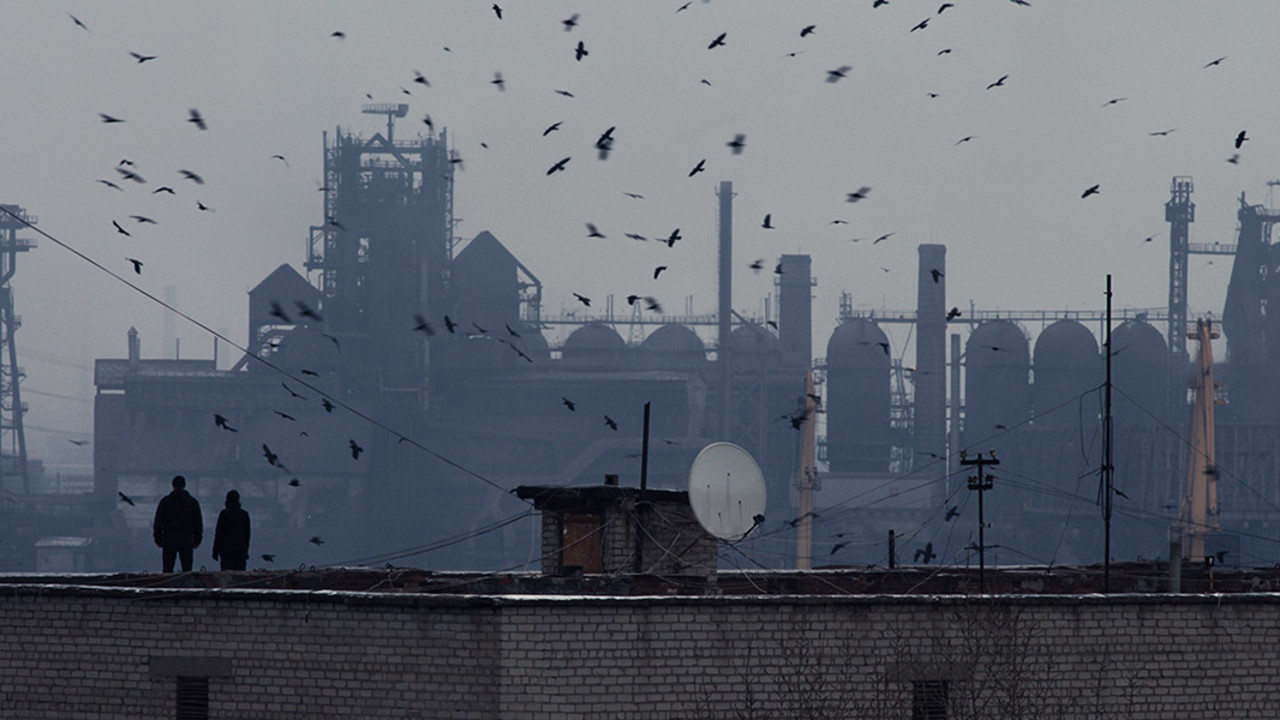 The existence of Atlantis has been debated ever since it appeared in Plato's writings, where it stood as an allegory on the hubris of nations. Valentyn Vasyanovych's latest film lends the name to an anti-utopia in Ukraine in the near future. Following the 2014 Russian invasion that displaced well over 1,600,000 inhabitants from occupied Crimea and Donbas, a large area of eastern Ukraine descended into a desert unfit for human habitation. Pit waste polluted the land, infrastructure was destroyed, and acres of flooded mines poisoned wells and rivers. In a few more years the land will be a lifeless exclusion zone like Chernobyl.

Engulfed by PTSD, Serhiy (Andrii Rymaruk) returns from the war and finds a job in a smelter. In search of grounding, he joins the Black Tulip volunteer force working to exhume war corpses. There, he meets Katya (Liudmyla Bileka), who, through her desire to restore peaceful energy and create positive order, balances the chaos and his despondency. The collision of these positive and negative charges results in a fallout with effects invisible to the human eye, but felt on a human scale.

With his formally beautiful work, characteristic of his cinematography on Myroslav Slaboshpytskiy's The Tribe (TIFF '14), on which he was also a producer and editor, Vasyanovych exudes great empathy as director on his fourth and boldest fiction feature. A tragic symphony of precise visual choreography fused with a percussion of absolution, Atlantis is an amalgam of sorrow, hope, and ionizing pragmatism.