When a former boxer is offered a gig as an enforcer with the local drug mafia, life seems on the uptick — but the demands weigh heavily as he makes inroads with his young son, in Nick Rowland's brooding yet tender crime film. 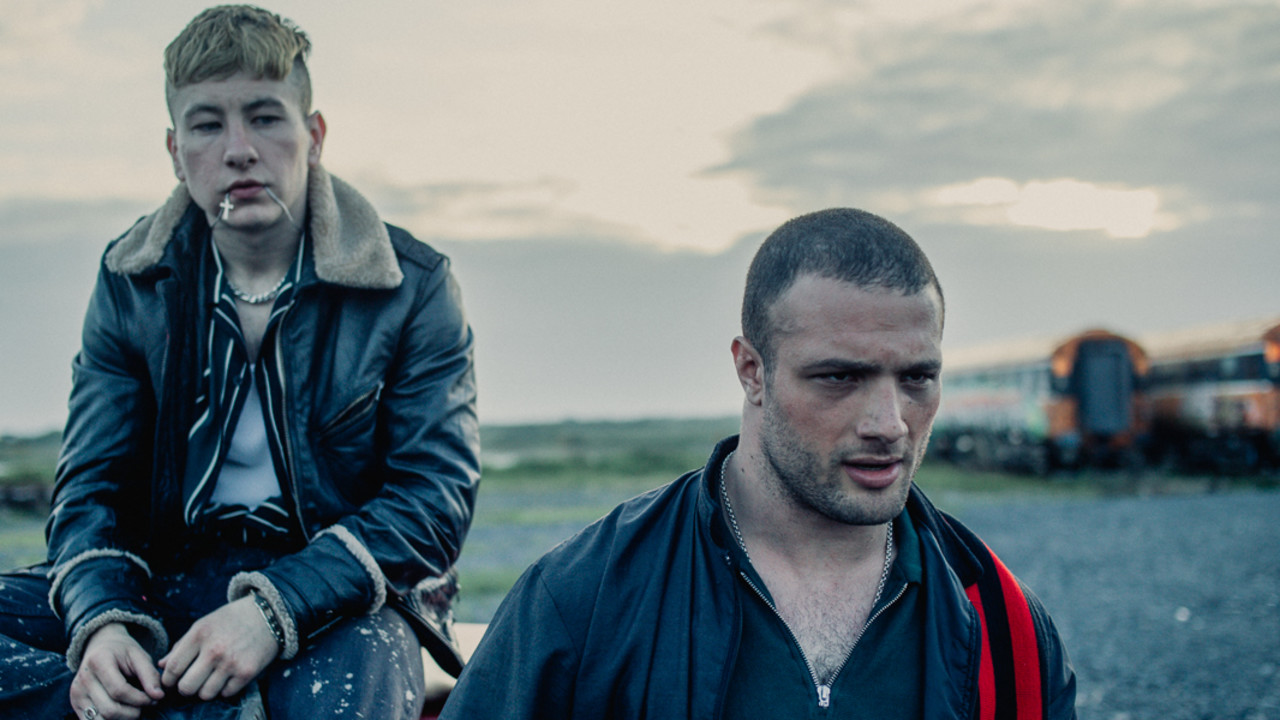 We all need a sense of purpose — but where does a young man find that purpose when, ostensibly, his sole asset is a capacity for violence? A brooding crime film with a big, bruised heart, Calm With Horses follows its flawed protagonist on a perilous journey toward something like redemption.

With his hulking physique and close-cropped cranium, retired pugilist Douglas "Arm" Armstrong (Cosmo Jarvis) is an intimidating figure. His boxing days behind him and with few prospects to be sought in his depressed Irish seaside community, Arm is happy to be recruited into the Devers family drug business. Working as the right-hand man to Dympna (Barry Keoghan), eldest of the Devers offspring, Arm makes a menacing — and thus highly valued — enforcer.

Underneath Arm's thuggish exterior, however, lies a disarming tenderness, especially when he's allowed to visit his five-year-old son Jack, who is on the autism spectrum. As tensions between Arm and Jack's mother begin to thaw, Arm sees a chance to prove himself as a parent. When the Devers give him a task that will test the limits of his loyalty, Arm is forced to reckon with what kind of man he really wants to be.

Adapted from Colin Barrett's acclaimed story collection, Nick Rowland's feature directorial debut is by turns brutal and poignant. With memorable performances from Jarvis and Keoghan (who made such an indelible impression in Killing of a Sacred Deer). Calm With Horses draws us into a world where every home can feel like a trap — and escape requires a brand of courage that can't be expressed with one's fists.