Acclaimed director Hirokazu Kore-eda's (Shoplifters, Like Father, Like Son) first film made outside his native Japan stars Catherine Deneuve and Juliette Binoche as a mother and daughter in the film industry whose professional collaboration triggers long-buried resentments. 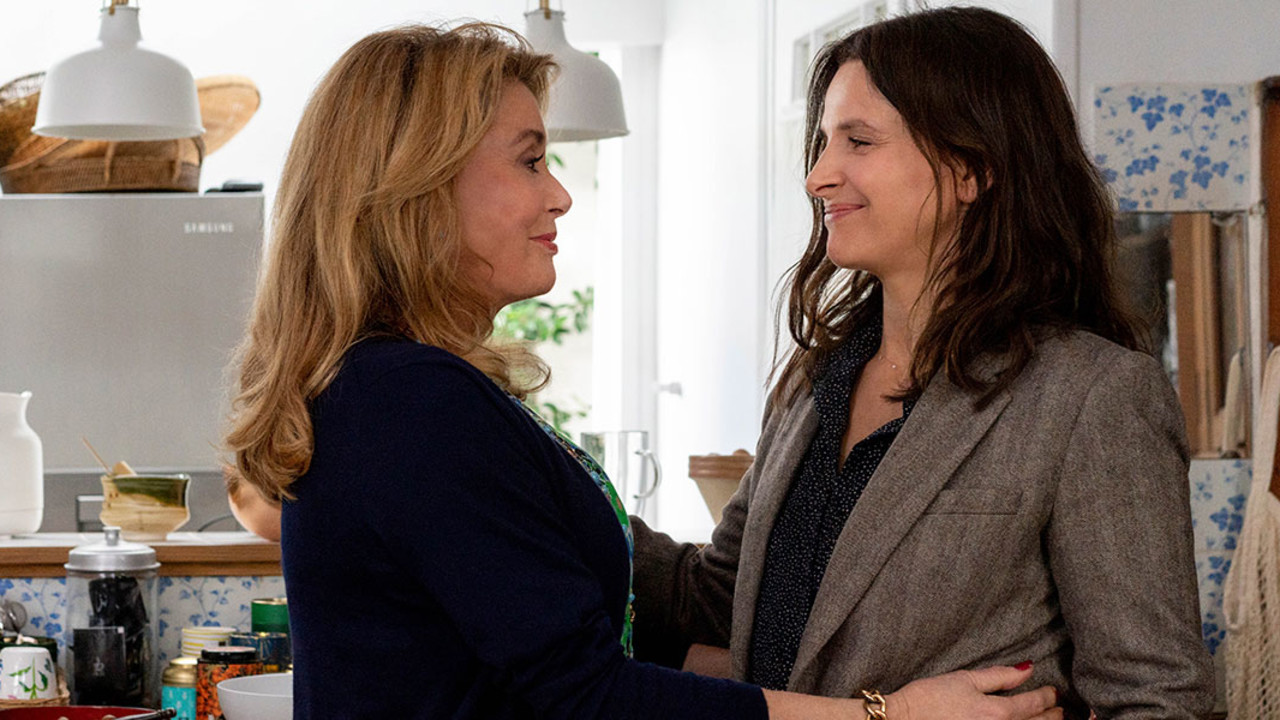 Hirokazu Kore-eda's follow-up to his Palme d'Or–winning Shoplifters transports the Japanese auteur's ongoing engagement with the machinations of family to Paris, where a tempestuous mother–daughter reunion becomes an opportunity to explore questions of love, art, and responsibility. Kore-eda's first film made outside his native Japan also provides an opportunity to bring together two acclaimed French actors, Catherine Deneuve and Juliette Binoche, who, along with Ethan Hawke, lead an exquisite ensemble through a story that feels at once absolutely French and absolutely Kore-eda.

Septuagenarian screen legend Fabienne (Deneuve) is charismatic and fiercely talented. She has always prioritized her work above all else. The publication of Fabienne's memoir precipitates a visit from her long-estranged daughter Lumir (Binoche), a screenwriter, along with Lumir's actor husband, Hank (Hawke), and their daughter. When Fabienne's assistant suddenly resigns, Lumir agrees to take over his position just as Fabienne begins work on a science-fiction film. As the women struggle through confrontations on and off set, the contents of Fabienne's memoir, along with peculiar parallels between the new film and Fabienne's life, trigger the re-emergence of long-buried resentments.

The Truth brims with well-wrought scenes of tiny, sometimes amusing cruelties, including one in which Fabienne's dig at the non–French speaking Hank's acting abilities is not lost in translation. But things move gradually towards a place of new understanding between Fabienne, whose tendency is to save her feelings for the camera, and Lumir, who tries to control her world by writing it into being. The fortitude of their bond is undeniable, even if the truth about their shared past remains elusive.