In a decaying forest on the Yugoslav-Italian border in the years after World War II, a stingy, old carpenter and a lonely, young chestnut seller share imaginative memories of the past as they weigh fateful decisions for the future, in this touching homage to a lost way of life. 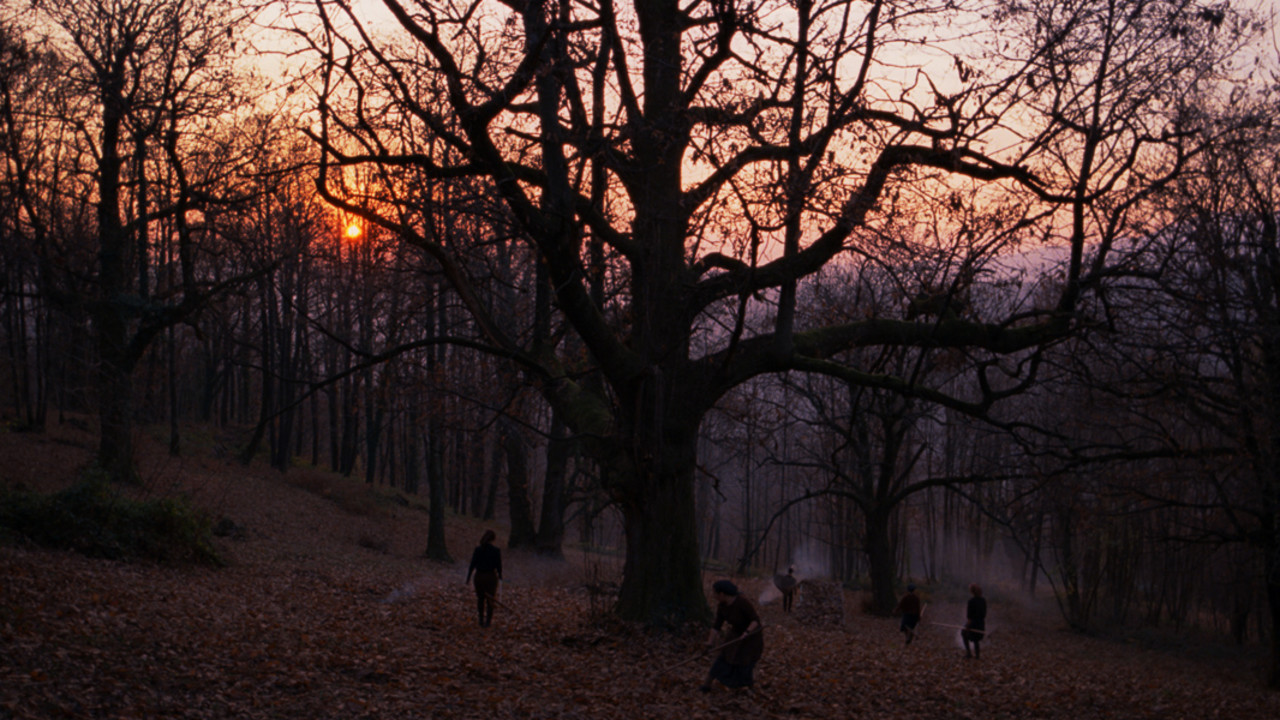 Stories From The Chestnut Woods

Daily survival had a continued meaning for the people on the border of the newly re-formed Yugoslavia and Italy in the wake of World War II. Local inhabitants found themselves stuck on the Iron Curtain dividing the East from the West. For countless reasons, mass migrations between the lands inevitably followed. It is in one such location, Slavia-Veneta, along the Italian-Slovenian border, that the spellbinding Stories From The Chestnut Woods takes place.

Within the forest lives the Stingy Carpenter, Mario (Massimo De Francovich). Stubborn in his old age, Mario is known for his unflappable competitive nature and for his preoccupations with income. He fails to notice his wife's descent into illness, one among several missed opportunities to care for his loved ones. Mario tries to impart his hard-gained wisdom to Marta (Ivana Roscic), the Last Chestnut Seller, who has been left to tend the chestnut groves after her husband's departure. In their decaying surroundings, these lonely souls share fond memories — transformed into imaginative tales — and melancholic contemplations of their futures. Should they remain, haunted by a life that was, or does another path call: joining countless others on the rickety cart to world unknown?

A passion for pomology led director Gregor Bozic to harvest stories of the farmers who lived along the border where the chestnuts once grew. Cultivating vibrant beauty in each 35mm frame, accompanied by an ethereal theremin score, Bozic captures the poetic impermanence of their joy, sorrow, and loss in this stunning debut, a touching homage to a forgotten land and its displaced people.