A grumpy old white man enlists the help of an Afghani migrant to bury his dead dog, and as the two dredge through prejudices to find common ground, their day takes an unexpected turn, in Karl Markovics' latest (Superwelt, Breathing). 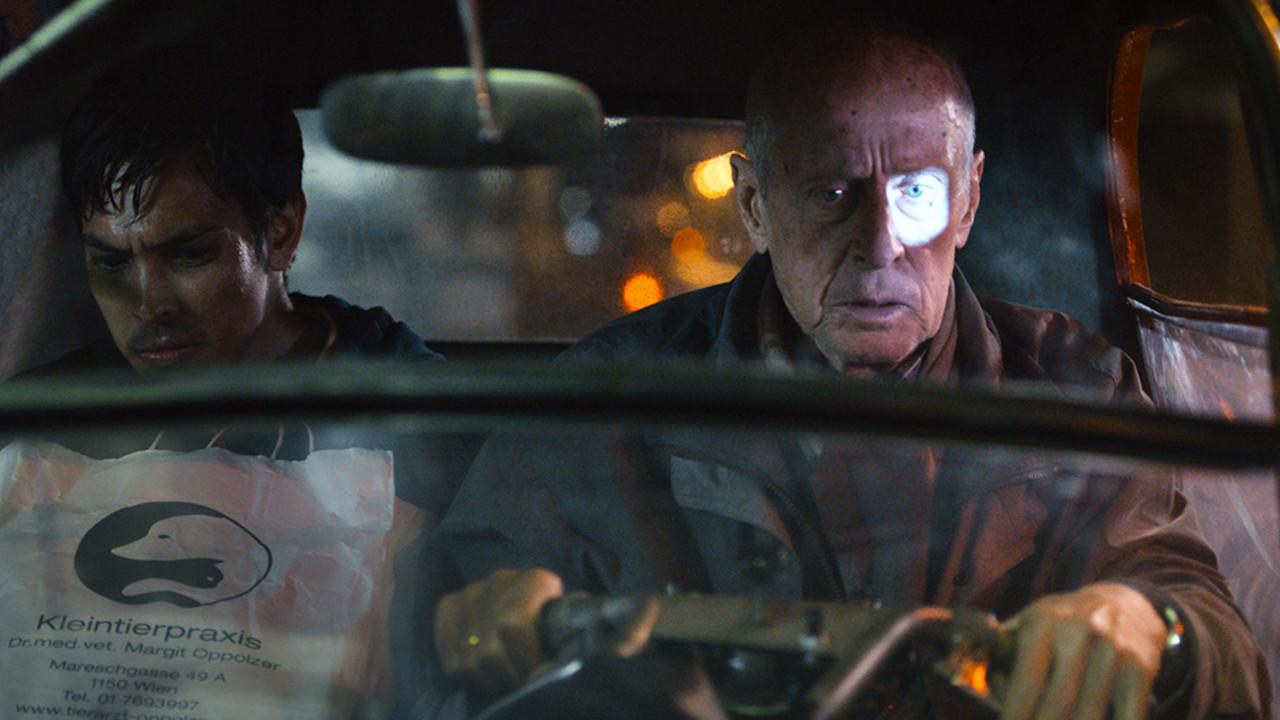 Robert (Heinz Trixner), a 91-year-old, set-in-his-ways pensioner, lives on a small allotment in Vienna. When his beloved dog dies during the night, he is determined, despite his failing body, to dig a hole on his property to put his dear friend to rest. He soon realizes he is incapable of the strenuous task, and begrudgingly enlists the services of Adib (Borhanulddin Hassan Zadeh), a migrant from Afghanistan. As the two dredge through prejudices to find common ground, Adib finds ways to pacify Robert, whose humanity briefly surfaces when he becomes concerned about a gaping, unattended wound on Adib's foot. When the situation suddenly becomes life-or-death, their day takes an unexpected turn — with tremendous, irreversible consequences.

Karl Markovics is the director of Superworld and Breathing, which premiered at Cannes' Director's Fortnight to critical acclaim; he's also an actor (The Counterfeiters, The Grand Budapest Hotel). Nobadi, his third feature, builds suspense with meticulous care and great empathy. Though Markovics' politics are compassionate, his occasionally grotesque mise en scène pulls no punches. And in a time when Europe is fiercely upholding imaginary borders and restricting freedom of movement — and when the silence of so many is deafening — Markovics asks questions of deep moral consequence, mixing cutting dialogue with unexpected actions, both kind and barbarous.