Actor and screenwriter Shia LaBeouf mines his own life in this confessional collaboration with director Alma Har'el, about the stormy childhood and early adult years of an actor struggling to reconcile with his abusive father (played by LaBeouf himself). 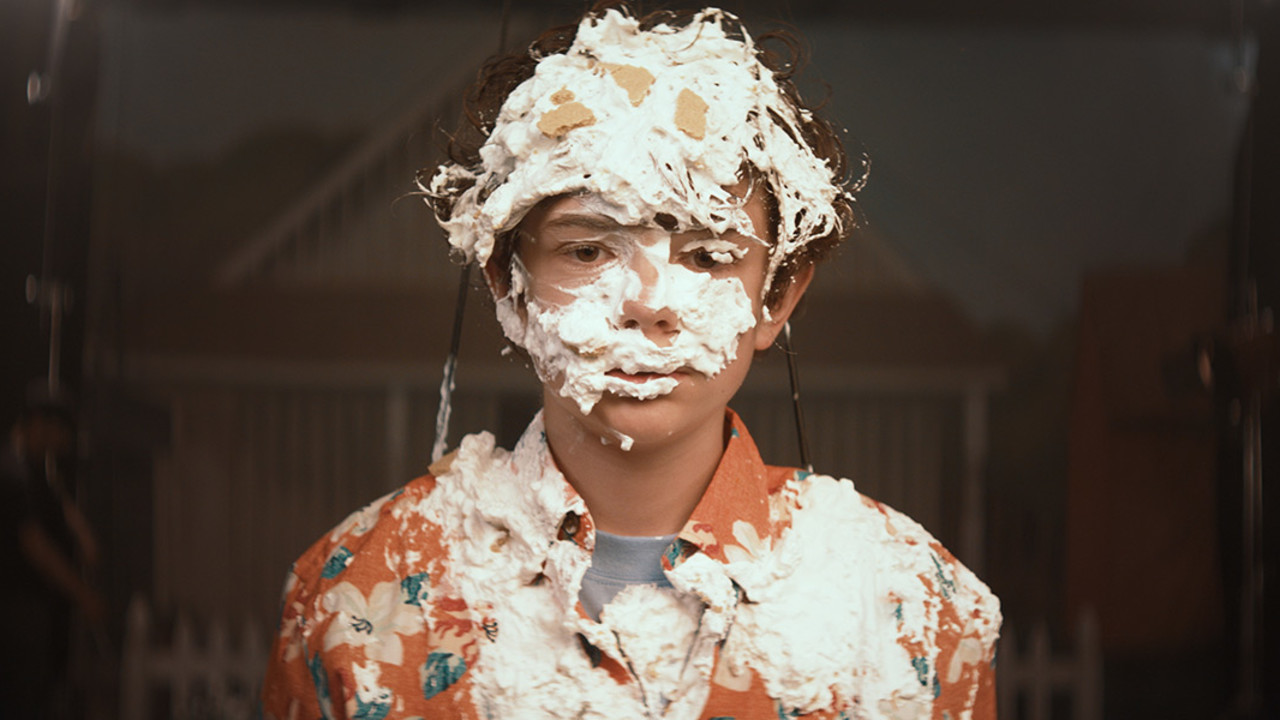 A heart-piercing portrait of childhood trauma and adult self-renewal, Honey Boy marks the auspicious screenwriting debut of Shia LaBeouf. Sensitively directed by Alma Har'el (Bombay Beach), who makes her fiction feature debut, the film, while not explicitly autobiographical, mirrors the life of its author in a myriad of ways, as it follows an actor's struggle to come to terms with his experiences growing up with an abusive father. In a clever casting move, LeBeouf himself — last at TIFF with 2017's Borg vs. McEnroe — plays that father, with both menace and empathy.

Honey Boy opens with twenty-something Otis (Oscar nominee Lucas Hedges, also at TIFF '19 with Waves) suffering a car crash while shooting a blockbuster spectacle. During recovery, a counsellor (Laura San Giacomo) suggests Otis may be experiencing PTSD. Then we flash back to a 12-year-old Otis (A Quiet Place's Noah Jupe), living in a seedy motel with his father, James (LaBeouf), a war veteran, ex–rodeo clown, and recovering alcoholic currently working as a roadside trash collector. Envious of Otis' acting success and resentful that his son has become the family breadwinner, James subjects Otis to insults, cruelty, and violence.

But James can also be tender. His fierce loyalty to his "honey boy" results in a codependency that will follow Otis for years.

Working with cinematographer Natasha Braier (TIFF '18's Gloria Bell) and editors Dominic LaPerriere and Monica Salazar, Har'el moves between past and present, upheaval and self-realization, while LaBeouf's daring as both actor and writer imbue this story with invention, fearlessness, and grace.