Ugly walls of resistance arise when a Dhaka woman attempts to organize her garment factory co-workers, in this piercing indictment of exploitative labour practices and the global trade apparatus supporting them. 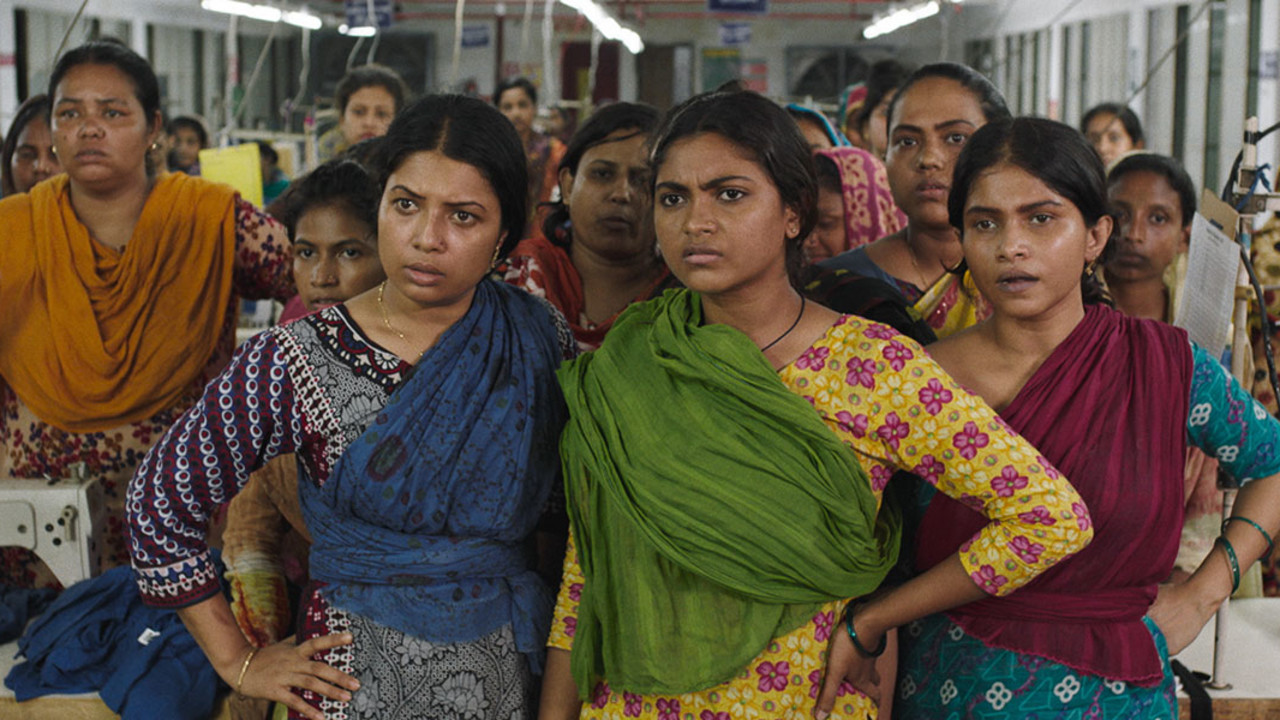 Following the second screening of Made in Bangladesh, Rachel Silvey, Richard Charles Lee Director, Asian Institute at Munk School of Global Affairs & Public Policy, will join director Rubaiyat Hossain for an onstage discussion about the film.

Chances are at least one item in your clothes closet started its life in Bangladesh. This is a story of the women who make our jeans and T-shirts, told as a moving, suspenseful tale not simply of exploitation, but also of empowerment. Director Rubaiyat Hossain has achieved something remarkable, turning what could have been simply dry or guilt-inducing into a colourful, constantly engaging drama.

Shimu (Rikita Nandini Shimu) fled her village as a child when her stepmother threatened to marry her off to a middle-aged man. Now 23 and living in the capital, she works gruelling hours for paltry sums at a textile factory while her husband searches for work.

After a fire in the factory results in the death of a co-worker, Shimu is approached by a union advocate who provides her with a crash course in women workers' rights — and the tools to enforce them. But Shimu's attempt to unionize her workplace is met with resistance at every turn, not only from her patriarchal employers, who openly threaten her, but also her colleagues, who are desperate to keep their jobs in a world where options for survival are few.

Made in Bangladesh is informed by the deep knowledge that comes from Hossain's other career as a women's rights activist. But make no mistake: this story, co-written with Philippe Barriere, insists on dramatic authenticity in every moment.

Whether it's the industrial clangour of Dhaka's streets or scenes of domestic intimacy, Hossain captures the rich textures of her setting and characters, always keeping Shimu at the centre of the film. In her struggle to make her world a fairer place, Shimu discovers within herself reserves of courage and tenacity, along with a galvanizing sense of purpose. She is the Norma Rae we need now.