In the highly anticipated follow-up to his 2016 anime box-office hit Your Name, Makoto Shinkai returns with the story of a runaway teenager who meets a girl with the fantastical ability to stop the rain and clear the sky. 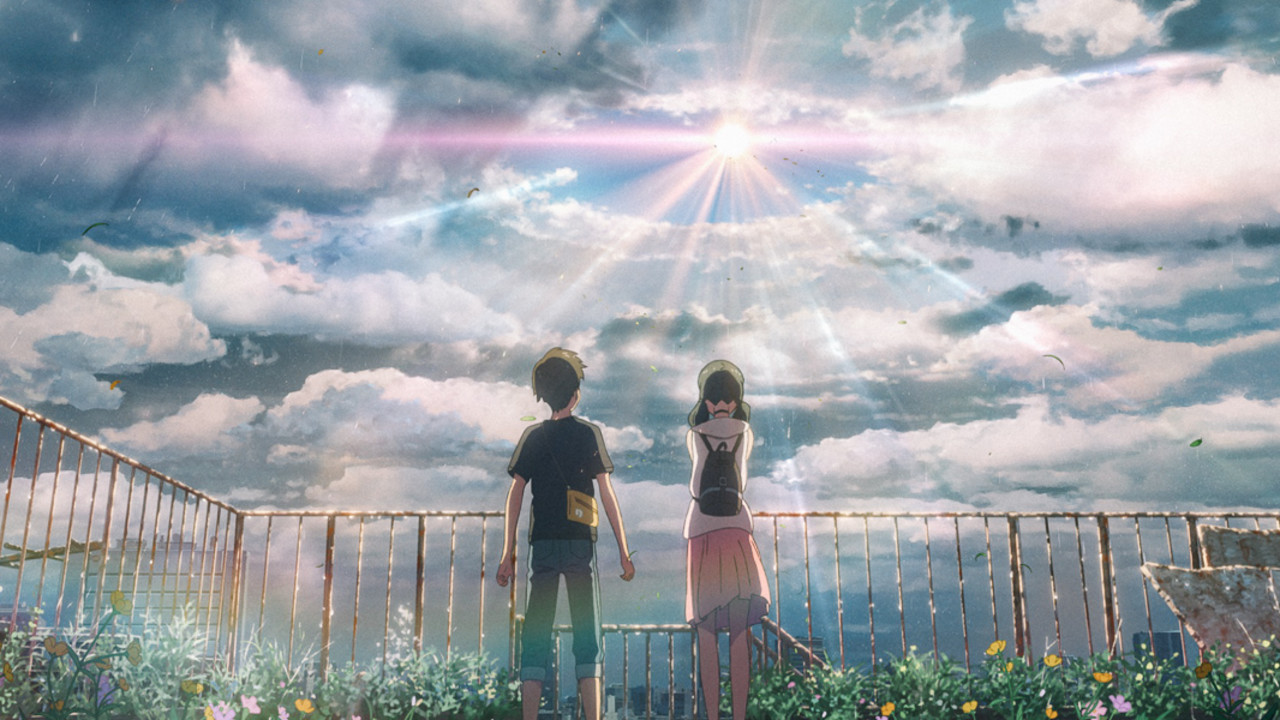 Hailed as the new Miyazaki, talented writer-director Makoto Shinkai (Your Name) returns to the screen with a daring, visually stunning story of two teenagers taking on an ultra-modern world on their own terms.

An old tale taken from Japan's ancient Shinto myths and projected onto a bleak near-future of floods, pollution, and global warming, Weathering With You follows the difficult lives of a runaway and a lonely girl who has recently lost her mother.

Sixteen-year-old Hodaka arrives penniless in rainy Tokyo and finds shelter and employment with Suga, a detective who runs a sketchy occult magazine. Working on the urban legends column, Hodaka is asked to track down a rumoured hare onna, or "clear-weather woman," someone with the magical powers to part the clouds and let bright rays of sunlight shine through. His investigation leads him to Hina, the kind-hearted, gentle girl who works at a burger shop and offered him food when he was starving. Hina has the power to control the sky — a gift that could bring unexpected wealth in a perpetually wet and overcast city like Tokyo.

Makoto's universe of signs offers an exquisite, visually stunning rendering of Tokyo cityscapes. Striking contrasts between elements of Japanese traditional culture and modern life fill in a work dense with thought-provoking moments. Weathering With You doesn't follow the beaten path, and promises no easy answers for attempts to restore harmony in a universe tainted by climate change.