Oscar winner Renée Zellweger delivers a note-perfect performance as Judy Garland during the last year of her life, in Rupert Goold’s (True Story) moving adaptation of the stage play End of the Rainbow. 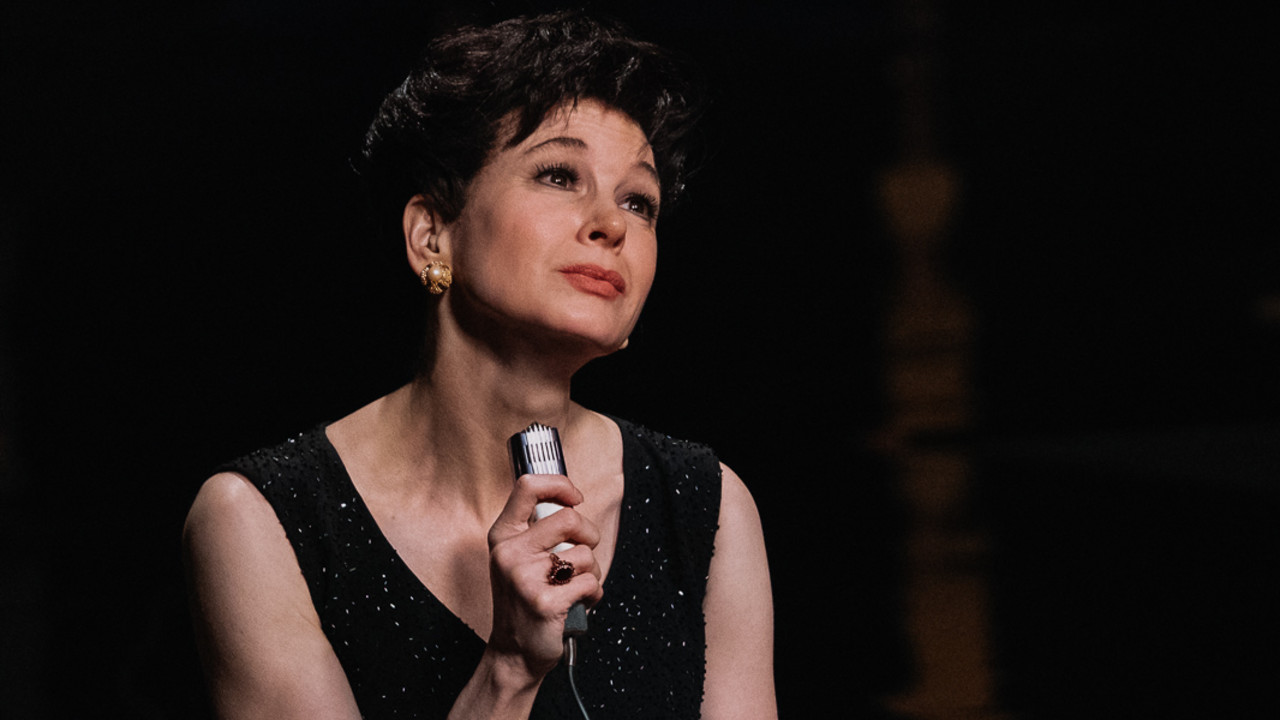 Anchored by a note-perfect performance from Oscar winner Renée Zellweger, this heart-rending adaptation of Peter Quilter's stage play End of the Rainbow presents an intimate portrait of the great Judy Garland in the final year of her life.

Judy was raised on film sets and nearly every aspect of her life — from what she could eat to who she could date to what drugs she should take — was dictated by MGM studio head Louis B. Mayer. She became a wondrously gifted movie star who never learned to take care of herself.

As Judy begins, the child star of The Wizard of Oz and ingenue of A Star is Born is now middle-aged, homeless, broke, embroiled in a custody battle, and all but blacklisted in Hollywood. In a bid to regain some control of her career, she accepts a residency at a London theatre. She refuses to rehearse and, crippled by anxiety, insomnia, and alcoholism, can barely make it to the stage opening night. But once there, in the spotlight, before an eager audience, microphone in hand and a crackerjack band at the ready, she's suddenly at home. And it's magic.

Directed by Rupert Goold (True Story), Judy tracks those rollercoaster months in England, the onstage triumphs and catastrophes, the whirlwind marriage to the opportunistic Mickey Deans (Finn Wittrock), and the touching friendship with a gay couple who adore her.

Despite her bad behaviour, Judy, haunted by fears that her talent will abandon her any moment, is regarded with tremendous sympathy, and Zellweger, who knows from razzmatazz, captures Judy's pain and impossible charisma with equal aplomb.