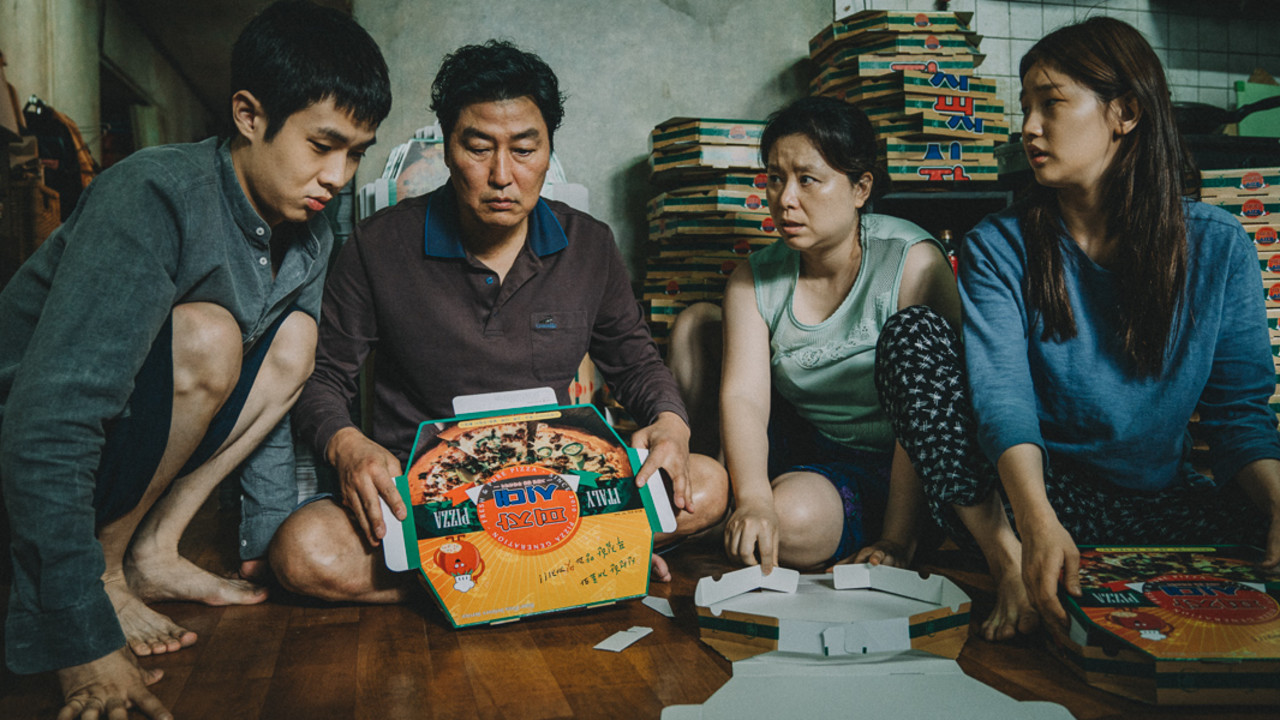 A glorious success and smashing box office hit for Korean auteur Bong Joon-ho — who returns home after his foreign adventures in Snowpiercer and Okja — the Palme d'Or– winning Parasite is a politically charged cinematic wonder.

Described by Bong himself as "a comedy without clowns and a tragedy without villains," the film moves quickly from one tone to another, mixing pathos and satire with thrills and drama, in a perfectly controlled blend of many different genres.

A vertical story of class struggle — punctuated by staircase scenes going from mouldy basements to top floors, from darkness to breezy spaces designed by star architects — Parasite observes and dissects with surgical precision the life of two families of different social backgrounds.

Ki-taek (Song Kang-ho) is a good-for-nothing, unemployed family man, patriarch of a family of derelicts — his wife Chung-sook (Chang Hyae-jin), his clever twenty-something daughter Ki-jung (Park So-dam), and his son Ki-woo (Choi Woo-shik)— who live in an overcrowded, sordid basement. The Parks, on the other hand, live in a fabulous house with their teenage daughter Da-hye and terribly spoiled son Da-song, who has suffered a childhood trauma that occasionally causes him seizures and strange behaviour. When, due to an unexpected stroke of luck, Ki-woo is hired by the Parks to be the private English tutor of Da-hye, the destinies of the two families cross. Their explosive meeting exposes the merciless evils of class inequalities, culminating in a powerful and utterly original outcome.