In 1961, a nomadic Inuit hunter and his band face pressure from a Canadian government official to move to permanent housing, assimilate their children into settler society, and give up their traditional way of life, in the latest film from Zacharias Kunuk (Atanarjuat: The Fast Runner). 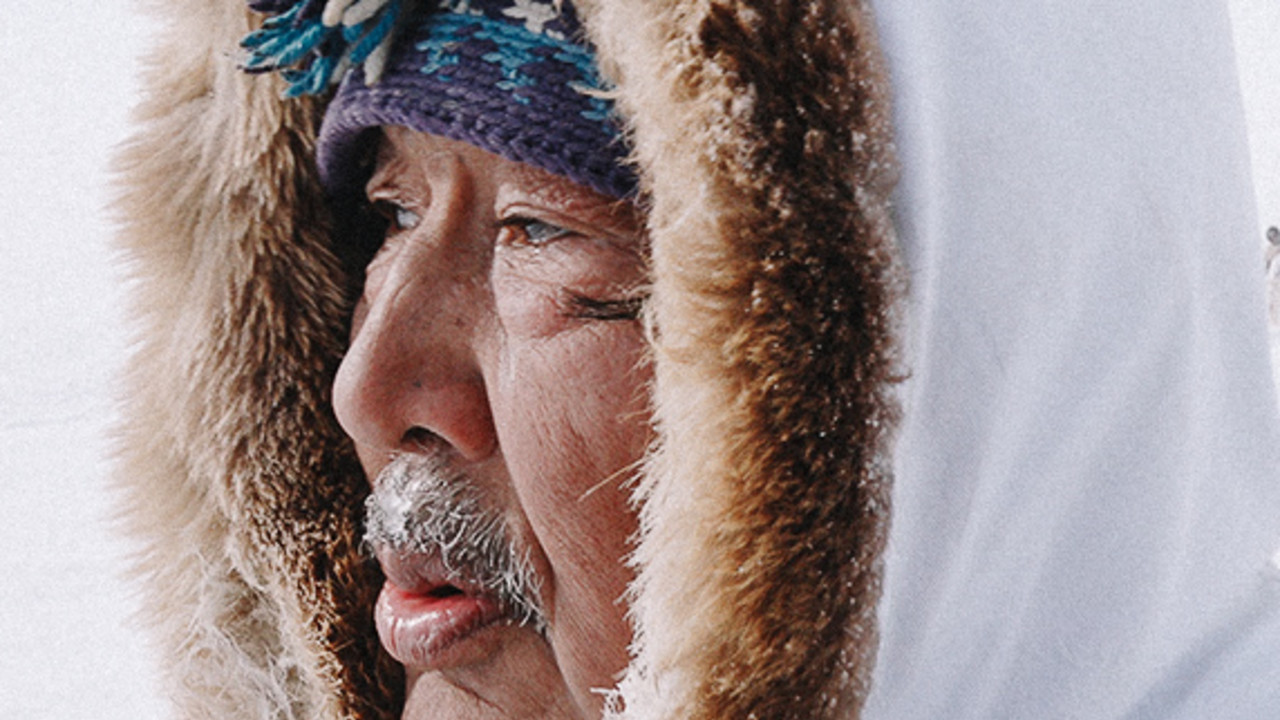 One Day in the Life of Noah Piugattuk

For decades, Zacharias Kunuk has been one of the most exciting, dynamic, and innovative filmmakers in Canada, and indeed the world. With Atanarjuat: The Fast Runner — a prize winner at Cannes and voted the best Canadian film of all time in a recent TIFF poll — Kunuk introduced a film language that combined myth, history, and folklore, an approach evident in subsequent films like The Journals of Knud Rasmussen and Maliglutit (Searchers). His latest, One Day in the Life of Noah Piugattuk, hinges on a pivotal 1961 encounter on spring sea ice between the title character (Apayata Kotierk) and other community leaders and a government emissary (Kim Bodnia), who has come to ask them to relocate their families to permanent settlements and send their children to school. Kunuk employs approaches he used in the previous films, but there are also elements of cultural comedy in the contrast between pragmatic Inuit and the odd, incomprehensible expectations of the government agent.

Those demands will ultimately carry an enormous gravitas. Behind what seems to the hunters to be the government agent's incoherent requests is a policy that will mean a fundamental rupture in the lives of Inuit. The real Noah Piugattuk was born in 1900 and lived to be 96 years old. In that time he saw the decline of traditional practices that had persisted for thousands of years and the creation of a new relationship with the Canadian colonial state. In this one day — and this fateful meeting — Kunuk condenses much about Inuit–settler relations. The emotional and historical layers in the film make it one of his finest works.