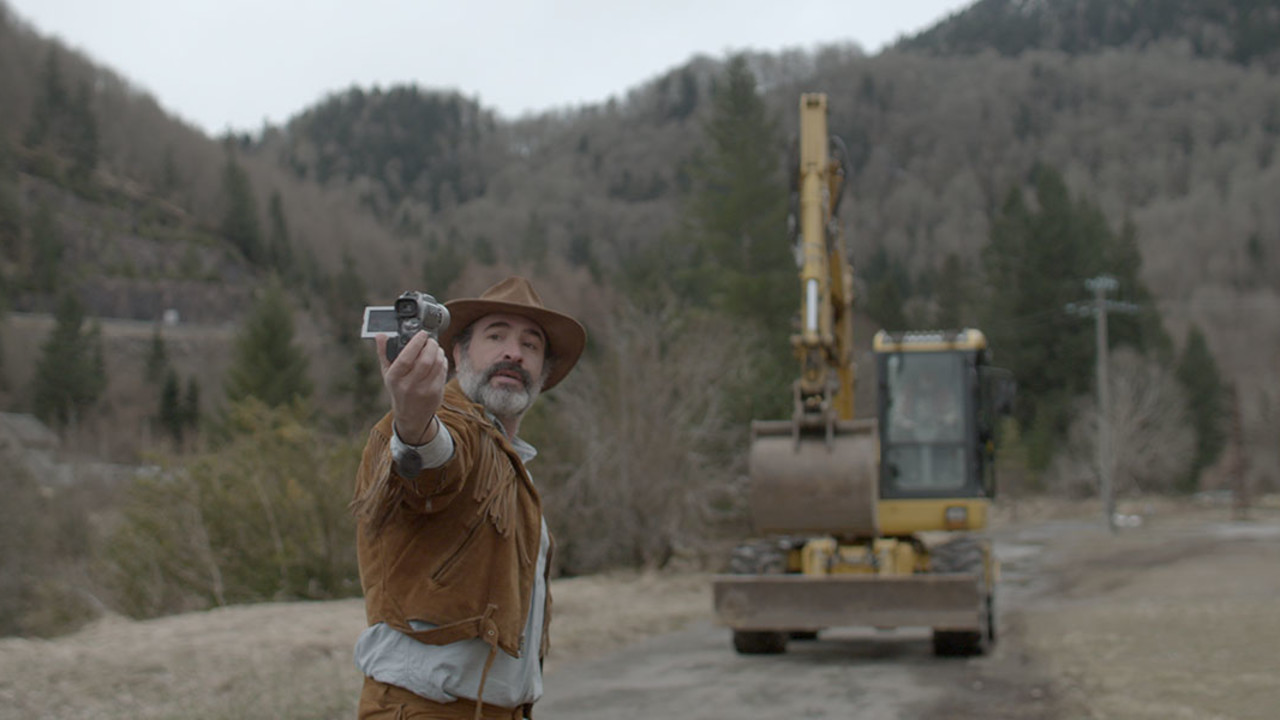 From the delightfully demented mind of French filmmaker and musician Quentin Dupieux (a.k.a. Mr. Oizo), best known for 2010's murderous-tire movie Rubber, comes this hilariously addled exploration of obsession, identity, and apparel. Starring Jean Dujardin (The Artist), Deerskin is a comic character study in which clothes make the man… mad.

Georges (Dujardin) has just separated from his wife and appears to be undergoing a mid-life crisis. After failing to flush his corduroy jacket down a roadside restroom toilet, he drives to the rural manor of an aging hippie who, for an exorbitant fee, sells him a vintage deerskin jacket and a camcorder. No one could mistake this old jacket for a flattering garment but for Georges, it's love at first sight.

His heart broken and finances frozen, Georges embarks on an odyssey — with the jacket as his Sancho Panza. Georges converses with the jacket which, through Georges, answers back. When a bartender named Denise (Adèle Haenel, also at the Festival with Portrait of a Lady on Fire) asks Georges what he does, he replies that he's a filmmaker — after all, he does own a camcorder. Denise, it turns out, is an aspiring film editor, practicing her craft by re-editing popular films. Georges convinces Denise to fund a nonexistent project. Meanwhile, our unhinged hero continues to accumulate deerskin items….

Madly entertaining — or entertainingly mad? — Deerskin is a showcase for both Dupieux's high-wire storytelling and Dujardin's chops as a leading actor. For long stretches, the film is a one-man operation, yet we're continually riveted by this portrait of masculine insecurity gone unnervingly, amusingly, awry.