Following the murder of her husband, a young woman and her best friend flee across the South African Karoo, pursued by a police officer with demons of her own, in this neo-noir western feminist road movie grounded in the gender, racial, and class issues of contemporary South Africa. 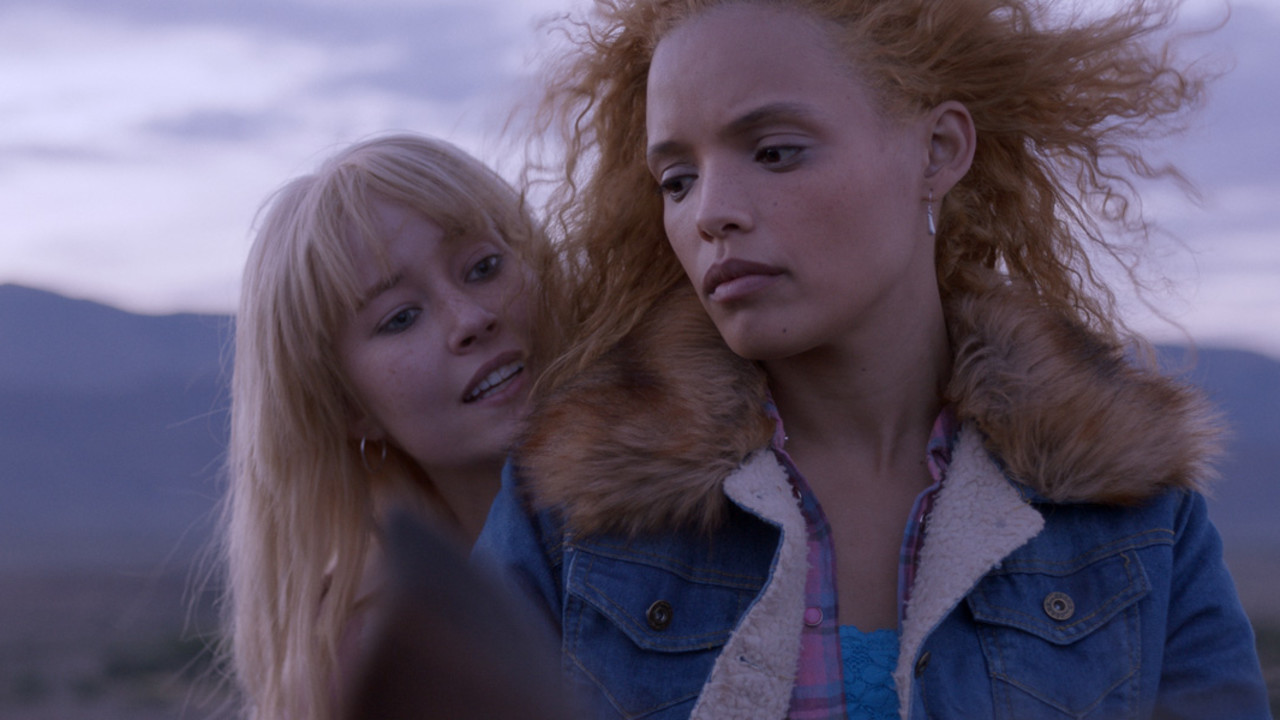 Jenna Bass lives up to her reputation as one of the most exciting voices in South African cinema with this neo-noir western–meets–feminist road movie, centred on two women on the run. Flatland, which was the opening night film of Berlinale's Panorama section, tackles pressing questions of race, gender, and class in contemporary South Africa with an unforgettable vision.

Bass begins her third feature with a one-two punch: a wedding and a murder. The young mixed-race Natalie (Nicole Fortuin) is set to marry white policeman Bakkies (De Klerk Oelofse). Shot with intense close-ups, the trepidation — bordering on fear — visible on Natalie's face is impossible to ignore. When she soon ends up with blood on her hands, Natalie and her heavily pregnant Afrikaner best friend Poppie (Izel Bezuidenhout) flee on horseback for Johannesburg. Aided — but ultimately derailed — by a series of men, the pair must also evade the seasoned detective Beauty Cuba (Faith Baloyi), a Black woman battling demons from her own past.

Bass is no stranger to creating complex, lovely worlds of women, having co-written Wanuri Kahiu's immensely successful queer love story, Rafiki (TIFF '18). And her 2017 Festival hit, the body-swap feature High Fantasy, unflinchingly faced how South Africa's apartheid past continues to unspool in the present. In Flatland, Bass builds on this past work to reach new heights: a journey into the dreams of those forced to the margins of society — a Thelma & Louise in the Great Karoo.