When a champion dancer (TIFF '19 Rising Star Josefine Frida) begins to falter, her family questions her faith and prompts her to search for more radical solutions, in Jorunn Myklebust Syversen’s disturbing second feature. 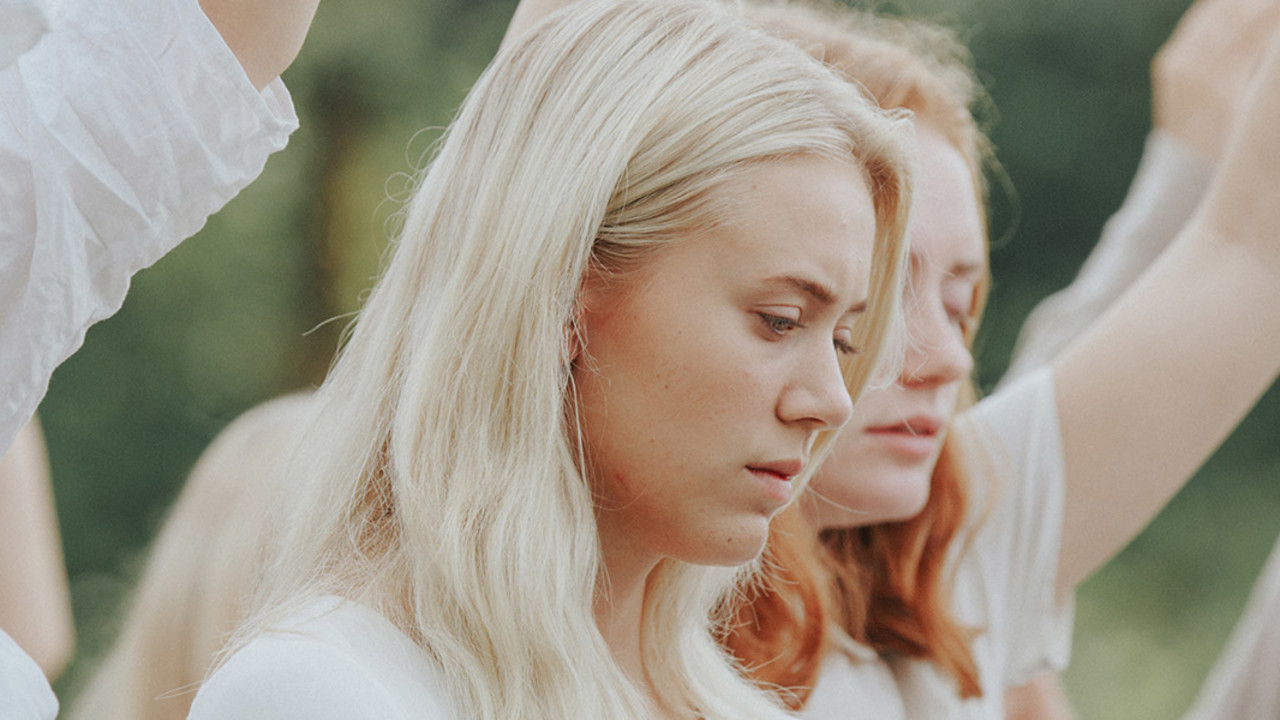 Jorunn Myklebust Syversen's disturbing second feature Disco looks at contemporary Christian cults through the eyes of teenaged Mirjam (Josefine Frida Pettersen, from the international hit series Skam). The film opens during a dance competition, where Mirjam is favoured to win. But the atmosphere isn't about the pleasure of dance or movement or the music. It's about frenzied sexuality and the various competitors' desperate need for approval. (The effect of the scene is a lot like sticking your head in a pinball machine.) Mirjam's need is stoked by her mother — whose brother is a very prominent pastor — and by her stepfather, who runs the church she essentially competes for.

When the stress finally gets to Mirjam and she begins to lose competitions, her elders don't seek to reassure her. They blame it on her lack of faith, a devastating accusation considering virtually every second of her day is dominated by religion, from the television shows she watches to the podcasts and music she listens to. (When she dares to look up bloggers who talk about other issues, she's told they're just a worldly barrier between her and her God.) As Mirjam's control and confidence slip away, she searches for more radical solutions.

A perfect companion piece to Zaida Bergroth's Maria's Paradise — which focuses on a cult held together by its leader's charisma and is also screening at the Festival — Disco concentrates on the structure of contemporary Christian cults with their all-consuming, impenetrable environments. This exploration would be more than enough to recommend the film, but Syversen's profoundly sensitive direction and Pettersen's heartbreaking performance make it essential viewing.