In the latest from Uganda’s gonzo action auteur IGG Nabwana, a gang of child-snatching mobsters make a fatal mistake when they kidnap the Waka Stars, a team of pint-sized kung-fu masters who soon turn their cunning wits and deadly skills upon their captors. 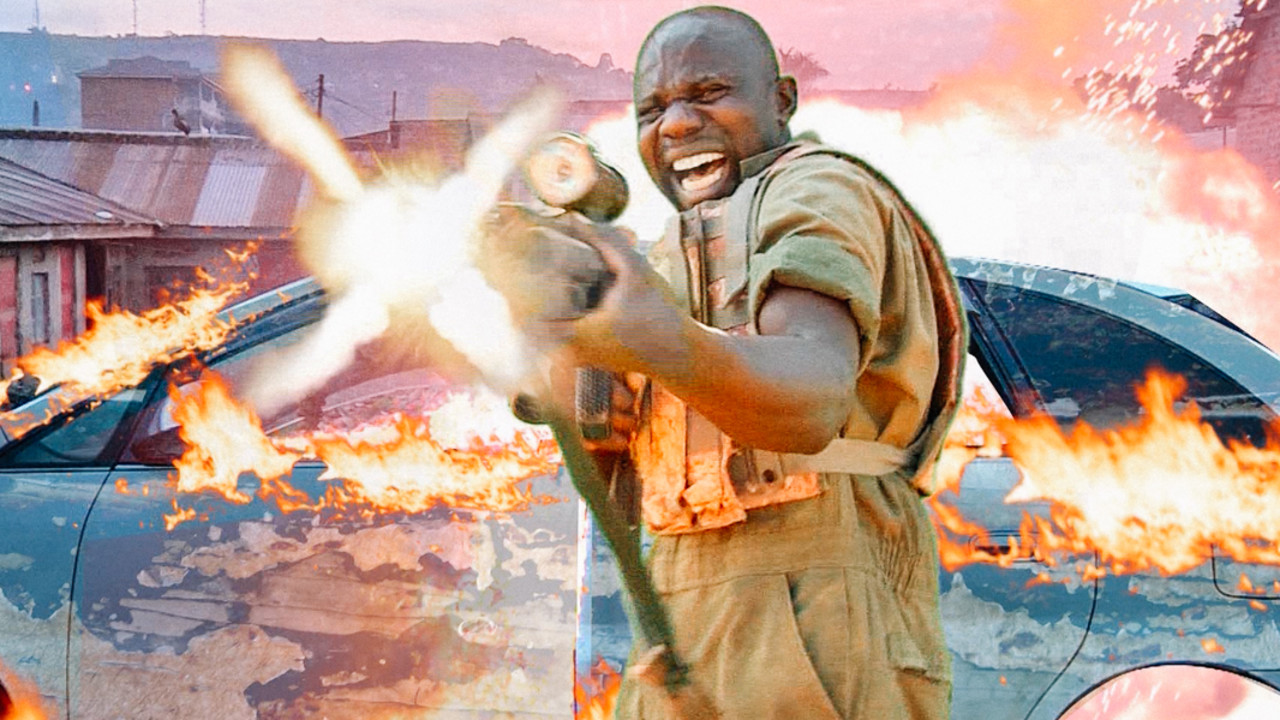 For the past decade, IGG Nabwana and his crack team of fearless filmmakers and martial artists in the slums of Kampala, Uganda, have steadily produced dozens of exhilarating gonzo action films as part of an inspiring creative movement known as Wakaliwood. With their meagre resources buoyed by an exuberant ingenuity, these self-consciously scrappy epics chronicle domestic scandals and adversities ripped straight from the local headlines with brash exploitation-filmmaking gusto.

Conceived by Nabwana as a pre-emptive measure to discourage the kidnapping of his own children (seriously), Crazy World opens with the notorious Tiger Mafia (a frequent Wakaliwood antagonist) embarking on a child-abduction spree. Intending to sacrifice children in a misguided belief that their blood contains magical properties, the criminals make a crucial mistake when they snatch the WAKA STARS, Uganda's pint-sized kung-fu masters. Before long, these badass brats start applying their martial-arts prowess and cunning wits to escape their captors, while their desperate parents commence a rescue/revenge mission of their own.

Originally produced in 2014, Crazy World is the third Wakaliwood feature to be translated for an international release following Who Killed Captain Alex? and Bad Black, both of which earned accolades and awards at international film festivals around the globe. Per a Ugandan oral tradition, every outrageous moment is both contextualized and accentuated by the acerbic wit of an offscreen narrator or "video joker," who at one point exclaims: "BEST KIDZ MOVIE EVAH!" He is not wrong. Welcome to Wakaliwood.