The latest documentary from Gabe Polsky (In Search of Greatness, Red Army) recounts American go-getter and consummate salesman Steve Warshaw's attempt to transform post-Soviet Russian hockey from a sleepy event to the hottest ticket in town. 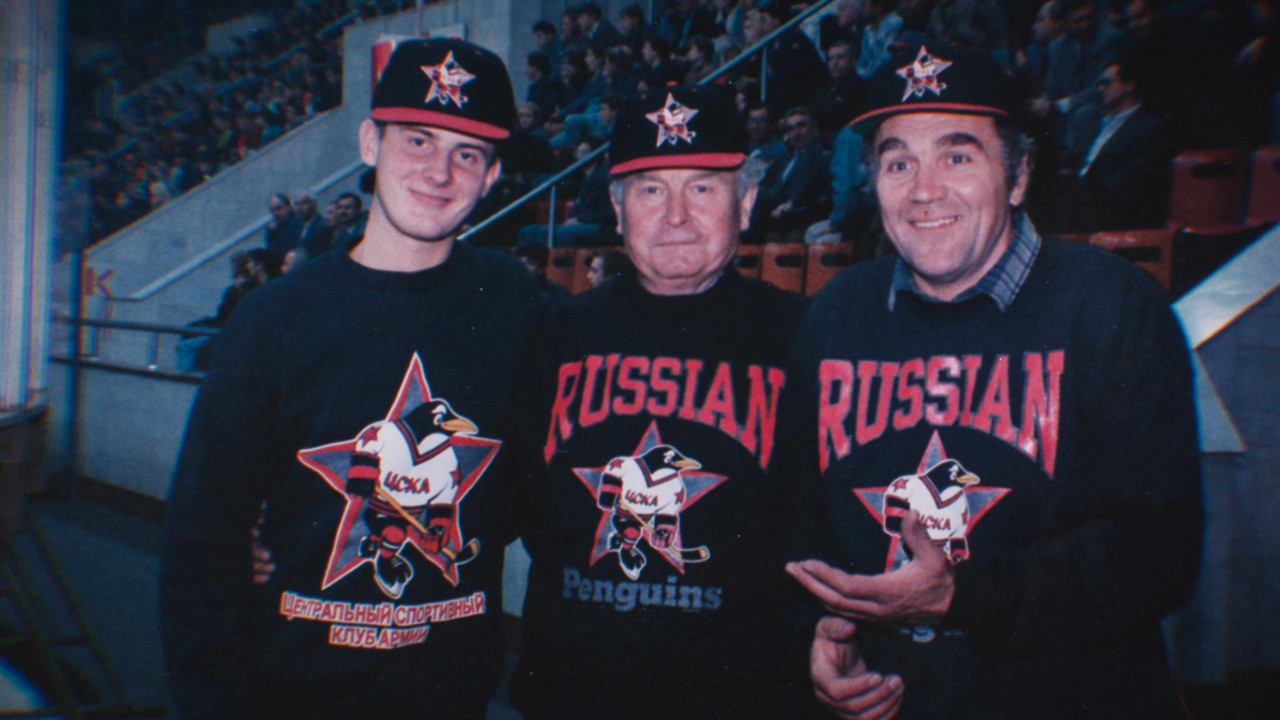 After the breakup of the Soviet Union, anything was possible in Russia. But nothing prepared the country for what that meant. Red Penguins tells a story of capitalism and opportunism run amok — complete with gangsters, strippers, and live bears serving beer on a hockey rink.

As the American son of Ukrainian immigrants, filmmaker Gabe Polsky is wellappointed for such a tale. His film Red Army chronicled how the USSR's Olympic stars migrated to the National Hockey League. Now, he portrays a reverse trend: American hustlers trying to bring NHL showmanship to Russia.

In the 1990s, American go-getter and consummate salesman Steve Warshaw was a "weird little bastard" in the eyes of his Russian contacts. A consortium of investors (including Michael J. Fox) deployed Warshaw to be their man in Moscow, and he transformed live hockey from a sleepy event to the hottest ticket in town. The swirl of profits enticed global brands such as Baskin Robbins, Coca Cola, and Disney. But not everyone was happy about it.

Red Penguins captures a lawless era when oligarchs made their fortunes and multiple murders went unsolved. Polsky gets candid interviews from across the cultural divide.

On the American side, Warshaw and former Pittsburgh Penguins owner Howard Baldwin describe situations spinning out of control. In Russia, Polsky interviews prominent journalists, a former KGB prosecutor, and an infamous Russian businessman.

This case study of larger-than-life personalities highlights a pivotal historic moment. When Warshaw arrived in Russia, consumer brands hardly meant anything to the country. By the time he left, that had changed completely.